You’ve got mail! The New York paper sending you artworks in the post | Art and design


In New York in the early 1960s, the pop artist Ray Johnson pioneered mail art, posting drawings and notes to friends, which he invited them to augment. His aim was to bring art out of the galleries, and to use the postal service as an element of the artwork.

Now, in 2020, as coronavirus rages through the city, the people behind Civilization – a singular print publication stuffed full of the musings of random New Yorkers – are reviving the concept. For $3 (£2.40), which you pay through their online store, they’ll send you a personalised letter. Open the eccentrically stamped envelope and you’ll find a four-page message that starts with your name, and an admission that the writer misses you.

Judging by the work-in-progress I’ve seen, the missive then goes on several peculiar tangents including a recipe, a playlist, a dice game, a graph charting the writer’s mental health, a list of medication the writer is taking, the word “quack” interspersed at regular intervals for no apparent reason, and the kind of sex- and drug-related ramblings that characterise the paper.

“The idea initially was to try and give people content that wouldn’t be tied to the virus, some kind of alternate newsletter that could be a distraction,” says Lucas Mascatello, who co-founded Civilization with Richard Turley and Mia Kerin. “It seems like the mail is only for garbage and news – bills, government information, the occasional card or invitation. It’s really exciting to get something special, a letter or anything. I think in our time that alone is a pretty artistic gesture. It was definitely inspired by Ray Johnson.”

This torrent of text is displayed in columns that sometimes escape from their grid format and race to other parts of the page, and is interspersed with drawings, sidebars but – in defiance of our image-saturated age – precious few photographs.

“In all newspapers now, you have your arts feed, the business news – everything’s in verticals,” says Turley (who used to art-direct the Guardian’s G2, before working as a creative director on Bloomberg Businessweek and MTV). “I loved the idea of newspapers being far less organised, with a sense of adventure as you worked your way through them.”

It all adds up to a compelling portrait of modern New York, a window into the fears, urges and obsessions of people wedged on top of one another 24 hours a day. But now that New Yorkers have been forced to self-isolate, Civilization has changed too. With the letter, it no longer expresses a cacophony, but intimacy, one person trying to reach another across the divide.

These days, that’s what we use the internet for: but Civilization is determinedly print, reviving formats that are close to extinction. “The whole point is to make that physical connection,” Turley adds, saying that with self-isolation, “there are no more physical connections any more in our little world, beyond our nearest and dearest if you’re lucky enough to be cooped up with them”.

Coronavirus, he points out, has added a layer of anxiety to the idea of physical objects passed from one person to another. “This idea of a piece of paper going into an envelope and someone picking it up and opening it, it’s almost a bit dangerous. There’s almost a layer of threat attached to it – it could be virus-infected. But we really liked the idea of tactility. There’s going to be a real absence of it while we keep two metres apart from each other for the foreseeable future.”

And not just tactility – the hope is that the letters will start off an ongoing correspondence with Civilization’s readers. “More than anything I want the people getting these letters to feel like they can write back, like the thing can live on and evolve,” says Mascatello, a journalist who studied fine art. “That’s what I really like about Ray Johnson.”

“I’d love people to write back,” Turley agrees. “We’ll do a few of these: the next might be a postcard, another might be an interview with someone.” What counts is the participation: at a time of loneliness and fear, reaching out to another human being using the age-old means of ink and paper.

Insta karma: who are we to denounce influencers’ selfie-obsession? | TV comedy 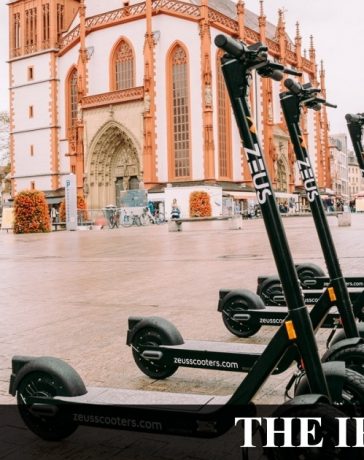