CORONAVIRUS has hit the finances of young workers and those from black, Asian and minority ethnic (BAME) backgrounds harder.

They are more likely to have already lost their job while on furlough compared to other workers, new research reveals.

It found that 19% of young workers and 22% of BAME workers who were furloughed because of coronavirus have already been made redundant.

That compares to 9% among all furloughed workers.

The findings come from a survey of more than 6,000 workers by The Resolution Foundation think tank with YouGov.

It also found that more than half of those who had lost their job since the pandemic started had not been able to find new work by September.

Among young people that was even higher, with two thirds unable to find work.

Young people are more likely to work in industries harder hit by the pandemic, such as hospitality and retail.

The Resolution Foundation said there was little sign that those who had lost their jobs in these areas were looking for jobs in other sectors that were more likely to be hiring.

What are my redundancy rights?

BEFORE making you unemployed, your employer should still carry out a fair redundancy process.

You are entitled to be consulted on the redundancy lay-off first and to receive a statutory redundancy payment, as long as you’ve been working somewhere for at least two years.

How much you’re entitled to depends on your age and length of service, although this is capped at 20 years. You’ll get:

READ  The best discounts for seniors, nurses, military members and more in 2021

Sadly, you won’t be entitled to a payout if you’ve been working for your employer for fewer than two years.

There should be a period of collective consultation as well as time for individual ones if your employer wants to make 20 or more employees redundant within 90 days or each other.

You are also entitled to appeal the decision by claiming unfair dismissal within three months of being let go.

Around half of all furloughed workers have returned to working as normal while one in three remain fully or partially furloughed.

Kathleen Henehan, senior research and policy analyst at the Resolution Foundation, said: “The first eight months of the Covid crisis have been marked by an almighty economic shock and unprecedented support that has cushioned the impact in terms of people’s livelihoods.

“But the true nature of Britain’s jobs crisis is starting to reveal itself.

“Around one-in-five young people, and over one-in-five BAME workers, have fallen straight from furloughing into unemployment.

“Worryingly, fewer than half of those who have lost their jobs during the pandemic have been able to find work since.

“This suggests that even if the public health crisis recedes in a few months’ time, Britain’s jobs crisis will be with us for far longer.”

The government’s furlough scheme has supported the wages of people unable to work during the pandemic, covering 80% of wages up to £2,500 per month.

It comes to an end on 31 October and will be replaced by the job support scheme.

A wave of redundancies are expected after the end of the furlough scheme.

The new jobs support scheme is not as far reaching as furlough, helping those who are working fewer hours due to reduced demand.

Staff working for businesses which are unable to open because of local lockdown restrictions will get support but not to the level offered by furlough.

The official rate of unemployment is 4.5% and the most recent numbers from the Office for National Statistics cover the three months up to August.

But the think tank says its research suggests that this rate could now be far higher at 7% and among young people aged between 18 and 24, as high as 20%.

A rate of 20% would be the highest youth unemployment for a decade.

Experts have warned that the young will become a “Covid generation” that will struggle to find work.

Ex-Prime Minister Gordon Brown said young people could fall into “a Covid generation as desolate and as neglected as the Youth Training Scheme of the 1980s”.

Sainsbury’s shoppers can DOUBLE their Nectar points from today

A fifth of bosses expect to axe 10% of workers by the end of the year – with legal and health workers among those most at risk.

The coronavirus pandemic has sparked the biggest surge in UK unemployment in more than a decade.

There’s a ray of hope for jobseekers as new figures show the number of vacancies increased in September for the first time since February. 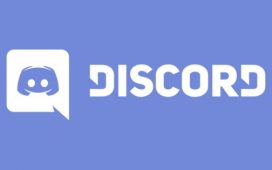 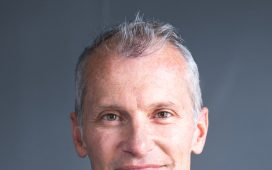