A type of pea known as the wrinkled ‘super pea’ may help control blood sugar levels and reduce the risk of type 2 diabetes, a new study claims.

UK researchers have found that the wrinkled peas prevent ‘sugar spikes’ where blood sugar levels rise sharply after a meal – thought to contribute to diabetes.

Incorporating wrinkled peas into meals, either whole or ground into a pea flour, can help tackle the global type 2 diabetes epidemic by preventing these spikes.

Resistant starch takes longer for the body to break down compared with normal starch and ends up being fermented in the large intestine, rather than digested in the small intestine. 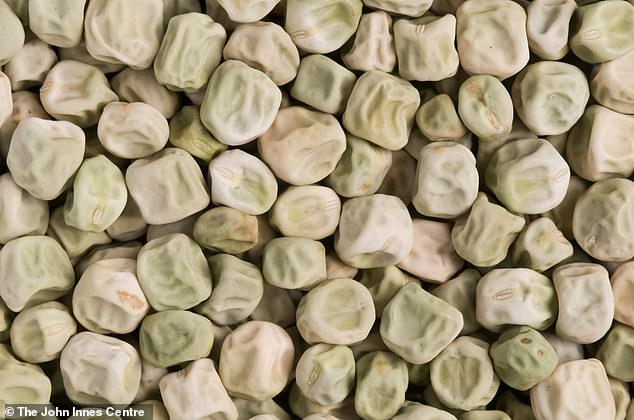 This image shows wrinkled peas which are full of resistant starch, which can have a positive impact on controlling blood glucose levels and reduces susceptibility to type 2 diabetes

WHAT IS RESISTANT STARCH?

Resistant starch is a carbohydrate that resists digestion in the small intestine and ferments in the large intestine.

As the fibers ferment they act as a prebiotic and feed the good bacteria in the gut.

There are more than one types of resistant starch and several can be present in a single food.

When starches are digested they typically break down into glucose.

Because resistant starch is not digested in the small intestine, it doesn’t raise glucose.

Gut health is improved as fermentation in the large intestine makes more good bacteria and less bad bacteria in the gut.

Other benefits of resistant starch include increased feeling of fullness, treatment and prevention of constipation, decrease in cholesterol, and lower risk of colon cancer.

Resistant starch is fermented slowly so it causes less gas than other fibers.

Type 2 diabetes is a common condition that causes the level of sugar in the blood to become too high and is often linked with being overweight or inactive.

‘An alternative dietary strategy to maintain normal blood glucose rates among the population is to improve the composition of commonly consumed foods.

‘There is much evidence that diets rich in a type of carbohydrate called resistant starch have a positive impact on controlling blood glucose levels, and hence reduce susceptibility to type 2 diabetes.’

Starch is a word of Germanic origin related to ‘strengthen’ or ‘stiffen’ and is a form of energy storage in plants.

A starch granule can be as big as a dust particle, depending on its origin, ranging from a single micrometre (or one millionth of a metre) to 100 micrometres.

Starch is a carbohydrate that the body breaks down to release sugar, but resistant starch is broken down more slowly.

That means sugar from resistant starches are in turn released more slowly into the blood stream, resulting in a more stable increase in blood sugar rather than in a spike.

A high amount of resistant starch is due to the way the starch is made in the cell, and the fact that the cells themselves are more resistant to digestion.

This variant produces a greater amount of resistant starch, but a lower overall carbohydrate content.

‘These starches are not completely digested in the upper parts of the digestive tract and are available for fermentation by bacteria in the colon.’ 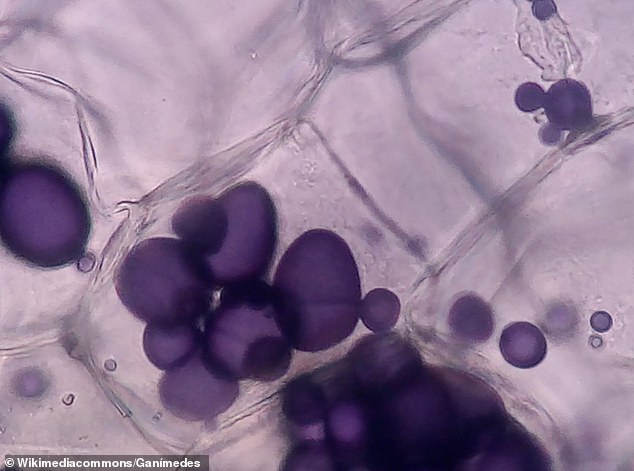 Starch granules seen here in cells of a potato. A starch granule can be as big as a dust particle, depending on the botanical origin

These compounds in turn help boost the function of cells that produce insulin, which helps control blood sugar.

In experiments, the team gave healthy volunteers a mixed meal including 50 grams of wrinkled peas and in a series of control experiments gave them regular ‘smooth’ peas.

READ  Nasa SpaceX launch live: Latest updates as Astronauts prepare to be shot into space from US soil

Working with the University of Glasgow, researchers also added a tracer molecule to the peas, so that they could trace how they were absorbed and digested by the human gastrointestinal tract.

They repeated the experiments using flour made from either wrinkled peas or control peas. 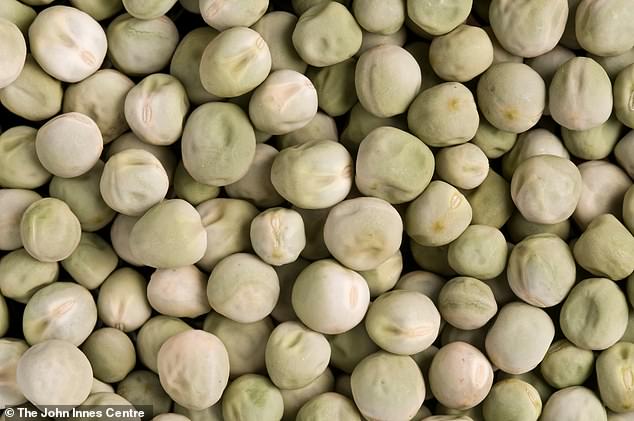 Over a series of experiments, the team gave volunteers a mixed meal including 50 grams of wrinkled peas, and in a series of control experiments gave them regular ‘smooth’ peas (pictured here)

Diabetes is a lifelong condition that causes a person’s blood sugar level to become too high.

There are two main types of diabetes:

– Type 1, where the body’s immune system attacks and destroys the cells that produce insulin.

– Type 2, where the body does not produce enough insulin, or the body’s cells do not react to insulin.

In the UK, around 90% of all adults with diabetes have Type 2.

To further investigate the impact of long-term consumption they recruited 25 volunteers and asked them to consume pea hummus and mushy peas (made from either wrinkled or control peas) for four weeks.

Compared to eating smooth peas, wrinkled peas prevented ‘sugar spikes’ either when consumed whole or in the form of flour incorporated in a mixed meal, they found.

Flour from their ‘super peas’ could potentially be used in commonly consumed processed foods which, if eaten over the long term, could prevent sugar spikes.

Further tests using a mimic of the human gut showed that the way that the peas were prepared and cooked affected how quickly they were digested.

‘This study has shown us that by preparing these peas in certain ways we can further reduce blood sugar spikes, opening up new possibilities for making healthier foods using controlled food processing techniques,’ said study author Professor Pete Wilde of the Quadram Institute in Norfolk.

Researchers also showed that there were significant benefits to gut microbiota – the communities of microorganisms in our digestive tract – because of the fermentation process taking place there.

READ  As Trump hails Regeneron treatment, his administration tries to block the science it used

Exploring the genetic background of commonly consumed pulses, such as beans, lentils and chickpeas, could also yield the same positive effects as peas.

Other research is focusing on breeding the mutation into staple crops, such as rice and wheat.

‘It could potentially be policy that food should contain a certain amount of resistant starch to tackle type 2 diabetes and other metabolic illnesses,’ said Professor Claire Domoney at the John Innes Centre in Norfolk.

Professor Tom Sanders at King’s College London, who wasn’t involved with the study, stressed that obesity and a lack of physical activity are the main preventable causes of type 2 diabetes.

‘In conclusion, adding wrinkled peas or pea flour to other foods is unlikely to have any impact on risk of diabetes,’ he said.

‘Furthermore, this study used more peas than are likely to be consumed on a regular basis.’

The study has been published in the journal Nature Food.

Diabetes is a lifelong condition that causes a person’s blood sugar level to become too high.

There are two main types of diabetes:

– Type 1, where the body’s immune system attacks and destroys the cells that produce insulin.

– Type 2, where the body does not produce enough insulin, or the body’s cells do not react to insulin.

In the UK, around 90% of all adults with diabetes have Type 2.

Reducing the risk of Type 2 diabetes can be achieved through healthy eating, regular exercise and achieving a healthy body weight. 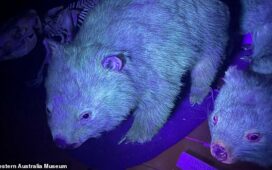 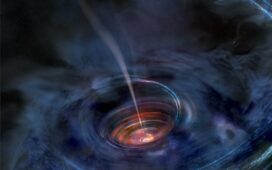 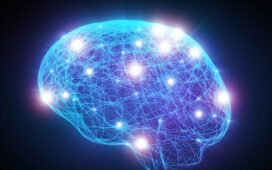 Human cells could be edited to reduce the risk of developing Alzheimer’s disease, scientists claim 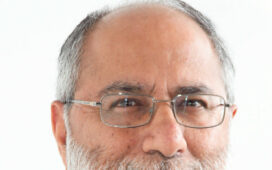