Woman clings to hood of speeding car to try to stop theft of $10,000 puppy in Texas


A Texas woman is accused of stealing a $10,000 dog and then driving for more than a mile as a store employee who tried to stop her clung to the hood of her car.

Video captured store worker Alize James on the front of sedan as it sped through Harris County, which is where Houston is, on Nov. 4.

“I was hanging on for dear life,” James told NBC affiliate KPRC of Houston.

She was working at Bully Kamp when a couple came in and discussed financing options for buying the exotic bully puppy, but while she stepped away, the couple grabbed the dog and ran, according to the station and court documents.

James tried to stop them after they got in the vehicle, but the car accelerated and she was thrown onto the hood, according to a criminal complaint.

She remained on the hood until the car stopped, the video shows. A male passenger got out, punched James and threw her off the vehicle.

James told the station that the car was speeding and weaving. “I could barely hold on,” she said. “I was so scared.”

Last week, a 21-year-old woman was arrested and charged with aggravated robbery with a deadly weapon, according to Harris County court records. She is represented by a public defender, according to court documents, and an after-hours contact for that attorney could not immediately be found Tuesday night.

Police are still trying to identify the man involved, according to KPRC.

Phil Helsel is a reporter for NBC News. 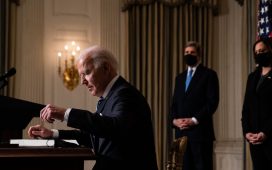 Here’s What Happens When Every Government Vehicle Is Electric 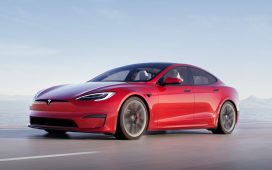 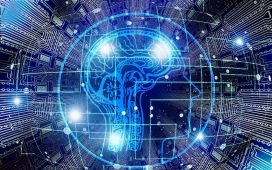 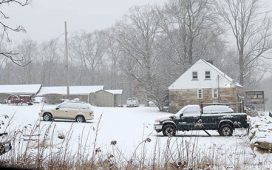