Wilmot’s Warehouse is a clever puzzler about staying organized


It can be difficult to find time to finish a video game, especially if you only have a few hours a week to play. In our biweekly column Short Play, we suggest video games that can be started and finished in a weekend.

About two minutes into puzzle game Wilmot’s Warehouse, I had an “Oh no!” moment. It was the sort of moment that comes from playing a lot of Sid Meier games like Civilization or SimGolf where you blink and a whole day is gone. It’s the kind of moment where, even when you recognize the feeling, you still say to yourself, “Okay, but just one more turn.”

In the game, you control Wilmot, a square person who is in charge of a warehouse full of similarly sized squares with pictures on them that abstractly represent what they contain. One might have a bird head on it, while another might have an alternating series of red-and-white diagonal lines. As Wilmot, it’s up to you to run the warehouse by organizing it however you see fit and retrieving items from it when requested.

This naturally splits the game into two separate stages, which manage to test your puzzle-solving abilities in different ways. The organization stage tests how good you are at sorting everything in the warehouse while also planning ahead. During the retrieval stage, you’ll need to remember where you put things, and you’ll also learn if you made your warehouse navigable.

In each retrieval stage, you’ll have four people at a service window asking for various things stored in the warehouse. One might ask for two blocks that look like the head of a fountain pen and three camping tents, while another wants a cartoon duck head. The faster you gather them and fulfill the requests, the more stars you get. These stars can then be used later to upgrade your warehouse or give Wilmot new abilities. Eventually, it can carry more boxes or dash short distances. But when you “pick up” a block, it just attaches to Wilmot or to a block that’s attached to Wilmot. So as you start collecting more things from the warehouse, Wilmot starts to look like they are attached to a tetromino from a knock-off Tetris game. If you have planned properly, this will make it difficult to navigate through the warehouse.

This is why you’ll be spending most of your time organizing the warehouse. At the start of each day, you have an unlimited amount of time to arrange the boxes however you want. Early on, this is pretty easy, as there are maybe 20 or 30 varieties of things you need to keep track of. But as you complete each set of fulfillments, up to four new types of items will get added to your warehouse’s stock.

Eventually, you’ll have to stop remembering where each individual type is and instead start grouping alike things together and remembering where that group is. So you might not remember where the fountain pens are exactly, but you’ll remember that you grouped all the stationary-like boxes along the bottom left of the warehouse. That is, until you start running out of room to fit everything you have in effectively, which is when you are going to be forced to rework your whole organization scheme again.

The brilliance of the Wilmot’s Warehouse is that you will never have a perfect solution. It’s always shifting. It is pretty easy to grok the game after a few rounds of retrieval and organization to a point that you can feel like you’ve solved it or are at least close to solving it. But as more items and new varieties begin to roll in, you start finding inefficiencies in your organization scheme — whether that’s because of where or how you grouped them makes it hard to navigate or because you can’t easily remember where something is. Making matters worse, these are all problems you created yourself.

But even when you have a good system, you’ll still spend more time in the back half of the game making sure things are organized well. It is surprisingly exhilarating to see all of your preparation pay off when you manage to breeze through a day of retrievals without any problems, knowing exactly where things are and pulling them from the stacks in just the right configuration to easily navigate it through the warehouse.

The game ends when you get to 200 varieties of items, at which point Wilmot is fired and replaced by a fully automated robotic system. It feels a bit abrupt, but you can always start up a new game to keep going or even jump to an expert mode that lets you change up some of the rules for added difficulty. Even on your second playthrough, though, you’ll still have those “Oh no!’ moments.

Wilmot’s Warehouse was created by Ricky Haggett and Richard Hogg. You can get it for $14.99 on Steam, Itch.io (Windows and macOS), and the Nintendo Switch. It takes about seven-plus hours to finish. 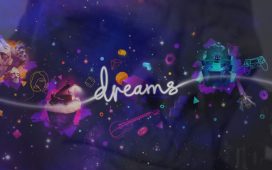 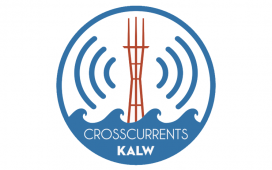 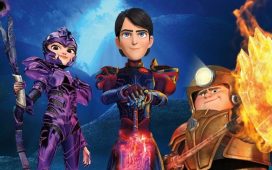