Will 2020 Be a Make-or-Break Year for Some of India’s Prominent Unicorns?


With the dismal performance of Uber’s initial public offering (IPO) and a near bankruptcy of WeWork, hype around the start-up world’s ‘unicorns’ was definitely more muted in global markets in 2019.

There were at least five unicorns, a term used for a start-up that is valued at more than $1 billion, that failed their investors in the US last year.

Will the ability of Indian unicorns to raise more funding be affected by the thinking of global investors? That is a key question as we move into 2020. According to a recent report from Nasscom, India currently has 24 start-ups with a valuation of more than $1 billion, with 52 more ‘potential unicorns’ in the works.

While 2019 saw the creation of 9 unicorns — the most prominent names of which include BigBasket, Delhivery, Lenskart, Rivigo and Zoho — it also saw the distress sale of well-known e-commerce venture Shopclues to Singapore’s Qoo10.

Once valued at $1.1 billion in 2016, Shopclues was sold off in a fire sale for less than $100 million after merger talks with Snapdeal went nowhere. Its valuation reportedly slumped to $80 million after the deal to Qoo10.

Generally, the strategy that major investors employ when it comes to Unicons is an exit through a public listing. If we take a close look at established Indian unicorns, it becomes clear that none of them are ready for IPOs. While rumours always abound of a possible IPO for big names like Oyo or Paytm or Ola, none of them actually meet the regulatory guidelines for listing on Indian stock exchanges, which require companies to post profits for at least three years.

Many of India’s unicorns are not clear about their strategies. ‘Pivots’, a term used to describe a quick change in business strategy, are common for start-ups, but Indian start-ups often make a mockery of this word.

Industry sources say many things go wrong. In the early years, there was a tendency to supplant business models that worked in major Western markets with minor tweaks made for India.

Another major learning made over the last decade has been that the myth of a potential market of 1 billion Indian users, a narrative that was used to secure massive funding and heavily inflate start-up valuations. As venture capital expert Haresh Chawla put it in 2016:

Did something go terribly wrong at the confluence of young startup founders, mega-round capital and proven business ideas? Or was the huge market potential in the Indian internet space a chimera?’

These startups made an elementary mistake. Their business models targeted a small sliver of the Indian market—the top 15%, what I call India One—with the assumption that this could be extrapolated to the entire population of 1.25 billion.

Indeed, for many Indian unicorns there appears to be no strategy beyond increasing their user or subscriber base. In some cases, the source of revenue raises eyebrows as it is not from their main line of business.

Looking at developments abroad, it’s clear that the IPO strategy has not worked for both Uber and WeWork, which is a subleasing office space provider. Once valued at $47 billion, it couldn’t list and is fighting for survival. Uber’s shares have plunged by more than 33% since its listing in May last year. Shares of Lyft Inc., a rival of Uber in the US, have tanked after its March IPO.

Now, the question is what is the future of Indian unicorns, most of which are struggling to find a viable business model. Profit is nowhere to be seen in most of the cases. Even if some unicorns show profit, a close scrutiny will show that their profits come from non-core business.

Paytm: Losses keep on increasing, with competitors catching up in its core business of payments.

One of the first unicorns in the payment space, Vijay Shekha Sharma’s Paytm is now struggling or stuck for how it wants to succeed in the future. For the year ended March 31, 2019, losses of its parent One97Communications Ltd increased to Rs 4,217.2 crore from  Rs 1,604.34 crore in the previous year.

The company has changed its story over the years. From being a payment company, it then positioned itself firmly in e-commerce. Over the last three years, it has entered nine new businesses, the most prominent of which include ticketing, travel and mutual funds. None of these new ventures have made any money yet.

Paytm remains an insignificant player in e-commerce space compared to Flipkart and Amazon. It is also getting tough fight from Google Pay and PhonePe, owned by Walmart, in digital payments. This is despite the fact that it is not clear what the company’s strategy is for becoming a profitable business. Experts doubt whether the company will go for IPO in near future, with Sharma indicating that it will only happen after 2021.

While most Indian unicorns are burning cash without any hope for profit, ed-tech company Byju’s announced a profit of Rs 20 crore. Its revenue was Rs 1,341 crore for the financial year ended March, 2019. Out of this Rs 1281 crore is from business and the rest is from other services. The company got a valuation of more than $10 billion as it is an Internet consumer company in the field of education. However, its financials tell a different story. It earned a revenue of Rs 442 crore from the sale of books! Another whopping Rs 163 crore from Gulf region, which is a tiny market compared to India. Its total expenses were Rs 1322 crore, out of which Rs 441 crore was spent on advertising. There is some doubt about whether the company will go for IPO in such a scenario.

Oyo: Troubles mount as profit is nowhere in sight.

India’s budget hotel aggregator Oyo is valued at more than $10 billion. The company has seen a meteoric rise in the last five years and has expanded in international markets like China, UK and US, besides being the largest player in India with 18,000 hotels in its fold.

On top of this, multiple media investigations in 2019 showed that the manner in which the company operates is flawed: a recent New York Times investigation showed how the firm’s management boosted growth using questionable practices.

In such a scenario, it becomes difficult for the company to come out with an IPO. 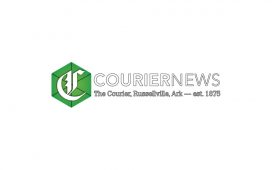 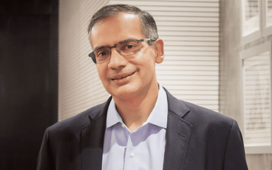 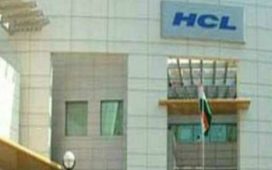 IT jobs India I Good news for IT workers! HCL Tech plans to double headcount in small towns 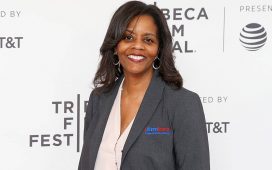