f you’ve logged onto social media recently, you may have noticed the odd clue that all is not right in the world. Credulous corona-spiracists spoiling for punch-ups with 5G masts. Honking clowns of governments who rule by fomenting voter conflict. The constant feeling that you’re being boiled alive in a cauldron of hate. Extremism. Fake news. Mental health crises. And, of course, the main problem: the fact that you logged into social media in the first place.

These are the subjects of Netflix’s brilliant new 90-minute docu-drama, The Social Dilemma – and it might be the most important watch of recent years. The film, which debuted at Sundance Film Festival in January, takes a premise that’s unlikely to set the world alight with its ingenuity – particularly as it’s much the same as that of Netflix stablemate The Great Hack, ie that Facebook, Twitter, Instagram et al aren’t exactly creating a utopia.

Where its brilliance lies is in laying bare a vast range of complex problems with compelling clarity. Its masterstroke is in recruiting the very Silicon Valley insiders that built these platforms to explain their terrifying pitfalls – which they’ve realised belatedly. You don’t get a much clearer statement of social media’s dangers than an ex-Facebook executive’s claim that: “In the shortest time horizon I’m most worried about civil war.”

The commonly held belief that social media companies sell users’ data is quickly cast aside – the data is actually used to create a sophisticated psychological profile of you. What they’re selling is their ability to manipulate you, or as one interviewee puts it: “It’s the gradual, slight, imperceptible change in your own behaviour and perception. It’s the only thing for them to make money from: changing what you do, how you think, who you are.”

The idea that we can ignore the effects of social media or avoid its influence is dismissed out of hand. We head into classes at Stanford University, whose psychology professors teach ways that tech can be used to reprogramme the way your brain works until addiction results. It’s even worse for teens, we hear, sparking a must-watch segment that feels like the digital equivalent of when Jamie’s School Dinners pointed out that parents should stop their children gorging on turkey twizzlers.

“Social media starts to dig deeper and deeper down into the brain stem and take over kids’ sense of self-worth and identity,” explains ex-Google employee Tristan Harris as one of the impressive dramatic sequences sees a pouting preteen pose for selfies overlaid with filters that distort her features until she looks like a cartoon character. Graphs showing spiralling teen suicide rates sit next to a teary-eyed speech from Facebook’s ex “VP of Growth” warning students that the constant desire for likes he’s created “leaves you more vacant and empty”.

AI and the algorithms behind social media are also flagged as a terrifying potential destroyer of social cohesion. Their unpredictability sees a former operations manager of Facebook lament that “they’re controlling us more than we’re controlling them,” meaning it’s very difficult for social media companies to stop them spreading fake news – and thus eroding the concept of truth.

The rise of the Flat Earth movement? It’s all thanks to a Youtube algorithm that recommended the conspiracy videos to viewers hundreds of millions of times. Pizzagate? Went overground when Facebook’s algorithm promoted their groups to users it had identified as being susceptible to conspiracy theories – leading to a man turning up at a restaurant with a machine-gun to liberate non-existent child hostages from a fictional basement. “It’s easy to think that it’s just a few stupid people who get convinced,” warns the engineer who created the rogue Youtube algorithm, “but the algorithm is getting smarter and smarter every day. Today they’re convincing people that the Earth is flat, but tomorrow they will be convincing you of something.”

We might live in a post-Cambridge Analytica world. But despite it being public knowledge that Vote Leave and Trump’s 2016 election campaign harvested voters’ Facebook data on a gigantic scale, The Social Dilemma still manages to find fresh and vital tales of how these platforms destabilise modern politics. A Harvard Business School professor dismisses the idea that we can avoid their political influence by revealing Facebook’s “massive scale contagion experiments” which made users vote in the US midterm elections – without them even realising they’d been motivated to do so. Russia’s Facebook hack to influence the 2016 US election? “The Russians didn’t hack Facebook. They used the tools that Facebook made for legitimate advertisers,” laments one of the company’s ex-investors. Harris explains that there is now a market where “state actors” pay to destabilise democracies across the world. According to this documentary, social media now represents an existential threat to the survival of nations.

But the thing that makes this documentary so utterly important is that it offers the rarest commodity in current times: hope. Regulation is a must, it argues, with its website, thesocialdilemma.com, offering resources for parents, actions to help combat disinformation and ways to sign up to Harris’s Centre for Humane Technology which aims to change the culture in the tech industry as well as encouraging politicians to legislate. “We can demand that those products be designed humanely,” says Harris. “We built these things and we have a responsibility to change them.” Absolutely. The first step is watching this phenomenal documentary – and encouraging others to do so. 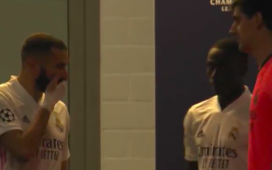 Kim Kardashian’s birthday posts were beyond insensitive – but what did we expect? 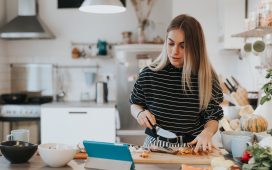 More than 70% of adults use social media for recipes instead of cookbooks, survey finds 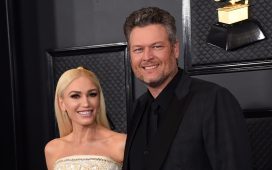 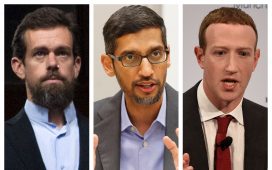 Over 60 percent school children have access to smartphones: Report

Use of Aggregated Data in Artificial Intelligence Solutions