Why Channel 4 should not be privatised

Sign up to myFT Daily Digest to be the first to know about Television news.

Channel 4 is unique as a publicly owned channel that pays for itself through advertising. It is committed to creativity and risk-taking in cinema, drama, comedy, documentaries and current affairs.

The UK government has been conducting a “consultation” about privatising the channel — selling it off. The document’s preamble is full of praise for the channel’s achievements and it proposes that its distinctiveness will be protected through privatisation. But this particular gift horse has very sharp teeth.

What is the market case? Commercial television is already well served in Britain. ITV has six channels. Channel 5 is aimed at the same viewers. They all compete with C4 to win advertising. Online, hundreds of channels recycle US-style fodder and old films to do the same. The big subscription channels hoover up viewers like giant trawlers with three-mile nets.

That competition is the rationale for a change of ownership. Yet Channel 4 is in rude financial health. It has a record surplus of £74m, announced in June. If privatised, this would go to shareholders instead of being seen on screen — currently, its profits are recycled into independent productions. In this financial year, revenues are expected to exceed £1bn for the first time thanks to increases from digital services, which now account for more than one-fifth.

The government is right about market uncertainty. But if C4 is sold off — the government’s “preferred option” — its new owners will be driven by shareholders’ demand for dividends to make it more populist. Yet this is limited by the current remit requiring the channel to innovate and be distinctive. To attract buyers, the government plans to “modernise” the remit. Risk-taking will be the first casualty.

So if there is no commercial need or consumer demand, what is the real motive behind the current threat to the channel? You don’t have to be Hercule Poirot to see it. This government is even more sensitive to criticism than its predecessors of all stripes. Privatisation is a way to draw its sting.

This is not a small adjustment — in the name of ensuring the channel is “fit for the future”, it will erase the commitment of the past 40 years to provide programming not available on other channels. It will also nobble its current affairs output, a major source of thorns in successive governments’ side. Note Boris Johnson’s refusal to appear on Channel 4 News during the election and ever since to avoid tough questions (as he has refused the BBC’s Today programme and Newsnight and other forthright interviewers). More populist and less hard-hitting news and current affairs will erode into “infotainment” — the Dutch elm disease of serious and innovative programming.

Yet Channel 4 was a Tory creation. Its unique structure, at its launch in 1982, was based on the formula of public service risk-taking underwritten by advertising, at first sold on its behalf by ITV: it was a brilliant creation by prime minister Margaret Thatcher and home secretary Willie Whitelaw. As an independent film-maker and member of the original board of directors, I was among those delighted by the encouragement to be original.

The guarantee of a sufficient share of independently produced content on C4 (and then the BBC) has created the thriving indie sector we have in the UK today. But this was based on finding new talent and serving new audiences, covering neglected areas in society — not on playing it safe. If a giant such as Amazon takes over the channel, all but the biggest indies will go to the wall.

C4 is not perfect. It has pursued ratings like other commercial channels: in the 1990s its chief executive Michael Grade arranged for the channel to sell its own advertising, and since then Channel 4 has spent much time and energy shoring up audiences with shows such as Big Brother and The Great British Bake Off. This strategy has risks: the more commercially successful it is, the less the justification for continued public ownership.

But C4 is still innovative and distinctive by contrast with other terrestrial broadcasters. Just last week it showed Black to Front — a day and night devoted to programmes and adverts featuring black people. The following day it cleared the Saturday night schedules to show the US Open tennis final. Amazon charged the Earth for the rights. The channel showed it without ads. That is public service broadcasting. The remit has been eroded by pressure to gain viewers but it is not yet fully destroyed. Privatisation would administer the coup de grâce.

The so-called “consultation” about privatisation ended this Tuesday. But the government had already rejected new board candidates unless they supported privatisation, so the outcome is hardly in doubt. The whole exercise is a cynical charade. The channel does need protection — from its “protectors” in government.

Beyond Trump jokes: how has late-night comedy fared in the Biden era? | TV comedy 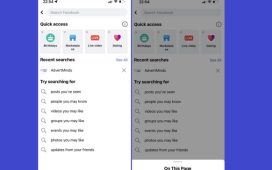 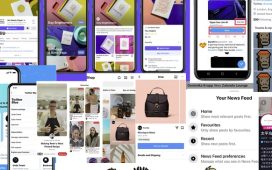 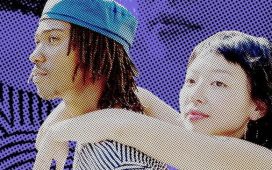 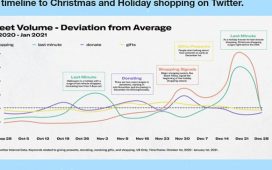 Jason Sudeikis explains why he doesn’t use his real name

Beyond Trump jokes: how has late-night comedy fared in the Biden era? | TV comedy

The case for data and artificial intelligence in retail & consumer goods