Why Biden Is Meeting With Putin

scheduled a summit with

after a stream of Russian vandalism and insults against U.S. interests. Then again, the insults have been unending and presidents before Mr. Trump or

conducted outreach to Mr. Putin near the start of their first terms, in June (Messrs. Biden and Bush) or July (Messrs. Trump and Obama)

“got a sense” of Mr. Putin’s soul at the Slovenia summit. Mr. Biden has already dropped opposition to the Nord Stream 2 pipeline in advance of their Geneva meeting. Only President Obama, of the four presidents who faced Mr. Putin when they arrived in office, used the word “reset,” but all sought to give Mr. Putin a stake in the success of their presidencies.

As with any problem in international relations, carrots and sticks are all the U.S has. What Mr. Putin wants is not hard to fathom. He has sent the message over and over, with his spokesman’s angry outbursts about leaked financial documents testifying to the regime’s corruption, with his own complaints about the U.S. fomenting democratic uprisings on his periphery and his sotto voce hints that something worse might arise in Russia if he were not there to keep a lid on.

Mr. Putin may not literally believe the U.S. orchestrated the 2013 Ukrainian revolution but he heard

vocal support of it as callous indifference to the continued breathing of one Vladimir Putin. He is not a prankster or jokester with his U.S. election meddling and other actions: He is serious in reminding U.S. presidents of the trouble he can cause them and their need to consider it.

this week describes the White House’s latest “robust debate” about how to handle the Russian leader. “Exposing Mr. Putin’s financial entanglements” again tops the list of steps the U.S. always seems to be holding in reserve, never acting on. These entanglements aren’t even well hidden but never received the imprimatur of U.S. intelligence: the onetime son-in law’s overnight rise to billionairehood, the large offshore wealth of a cellist known to be close to Mr. Putin, the Black Sea palace that reputedly cost $1 billion, the disappearance of $93 million in food money way back when Mr. Putin was deputy mayor of St. Petersburg.

The U.S has strived to keep Mr. Putin’s non-financial secrets too, with a notable exception. A one-of-a-kind moment was an obviously orchestrated colloquy between

in 2017 that made reference to unpublished U.S. intelligence on the 1999 “terrorist” bombings that greased Mr. Putin’s election to the presidency.

The issue of official Moscow complicity in the bombings, which killed nearly 300 Russians, had never been publicly acknowledged before. It hasn’t been raised since. It’s impossible to say how this signal might have been received by Mr. Putin. It may only have provoked him to raise the ante in signaling the problems he was ready to cause any occupant of the White House.

Top of mind today is the Kremlin’s tolerance of, and possible participation in, cyberattacks that increasingly impinge directly on everyday Americans. The pipeline hack that shut down gasoline supplies to the East Coast. The attack this week on JBS Foods, the world’s largest meat producer, that threatened to drive up meat prices and cause shortages for American families.

These aren’t email hacks or intelligence stunts aimed mainly at getting the attention of elites. What exactly is the good behavior that the U.S. is eliciting from Mr. Putin by keeping his secrets for him? It’s getting harder to say.

Notice what complicates the world’s search for Covid’s origins: the likelihood that China would cover up even a purely natural emergence of the virus. As implausible as it seems to us, authoritarian regimes as a general matter cannot allow the existence of any unflattering fact that can’t be blamed on outside forces. Doing so creates a vulnerability that opens the door to regime change. This is true of Mr. Putin’s regime too. At hand is the possibility that, any time it cares to open the files, the U.S. could make Mr. Putin a pariah. He could no longer represent Russia’s interests abroad. His ability to serve the needs of his crony network might be severely downgraded. He might be seen as a net liability.

Mr. Putin is letting the U.S. know he holds it responsible for ensuring that he doesn’t end up like Gadhafi, whose overthrow, frantic flight and roadside murder is said to have strongly affected Mr. Putin.

He probably doesn’t need to worry. The Biden administration is not going to break form here. If it was, the president would not be meeting with Mr. Putin in Geneva in a couple of weeks.

READ  There's a 'GoPro for penises' which lets you film sex from the inside
Share on FacebookShare on TwitterShare on LinkedInShare on Reddit
techregisterJune 4, 2021 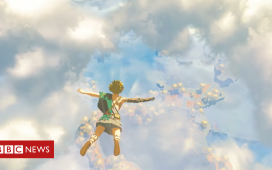 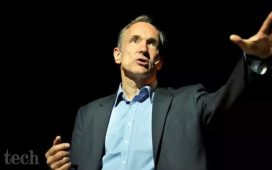 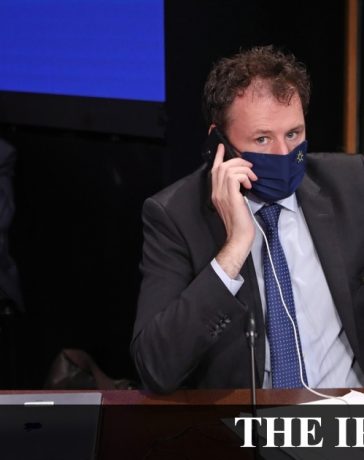