Why agencies should create a clear message about their miscarriage policy


The government only introduced paid parental leave for the loss of a baby after 24 weeks in April 2020. It entitles a parent to two weeks’ leave, paid at statutory pay. In the press recently there has been a call to extend this paid leave for miscarriage before 24 weeks because, right now, this isn’t something anyone is legally entitled to.

I still find the fact that we’ve only very recently seen changes or discussions on these laws deeply problematic. Not just for the rights of someone who suffers a miscarriage, but for the perception of parents, and in particular mothers, in the workplace in general.

Miscarriages happen in around one in four recognised pregnancies, with the majority happening in the first trimester (weeks one to 12). The weight of a miscarriage both physically and mentally is clearly going to have an effect on anyone who experiences one, so why is giving time off to recover even up for debate? Why is this a conversation that we are still having to have? Why isn’t this care and understanding just happening?

From talking to HR peers in other companies, it’s clear that many companies do in fact have policies. But not many actually talk about them, let alone publicise them as standard right for employees, while others still don’t have official miscarriage policies but say they give time off on request or at “discretion”.

Both have good intentions and clearly understand the importance of recovery, support and care, but if these policies aren’t signposted and shouted about – instead whispered about behind closed doors – what message does that give off to employees about pregnancy and indeed having a family in general?

Because despite these best intentions, many people still aren’t talking to their employers about pregnancy, miscarriage, IVF, family and what they need by way of support for any of it.  And while in the case of miscarriage, there could be a number of personal reasons that mean people don’t want to flag when it’s happened – in the work context it is often because being open about a miscarriage is the first reference someone gives to their employer that they are trying to start a family.

And if pregnancy and family-friendly policies are hidden in the small print or locked away in the dusty filing cabinet marked “Top Secret” (where similar policies on mental health have more recently started to be freed from captivity), it’s likely people will pick up on a strong message that pregnancy and intent to start a family is not to be discussed, should not be encouraged and ultimately that any movement on this area will affect career progression.

Put simply, as the employee/employer paradigm shifts, if your culture is not inclusive and open enough to allow for this type of conversation, then you are in trouble.

The recent case of Alice Thompson being awarded almost £185,000 by the employment tribunal on the grounds of indirect sex discrimination has shown that as an employer we have a real duty to reduce the stigma around starting a family and the perceived effect it has on careers.

As an employer, we need to be completely open in our pregnancy and family policies so that not just the company actions, but any individual behaviours, are called out when they seek to alienate, isolate or stigmatise anyone for starting a family. As an employer, we need to set the message that we know everyone’s family life is important, and this message needs to start before they have even joined the company.

See also  The Guardian view on the future of cinema: don’t panic… | Editorial

Ways to create a clear message include: 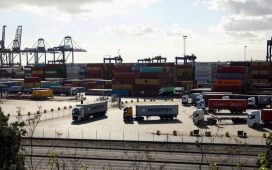 Our society is troubled. Beware those who blame it all on big tech | Nesrine Malik