Why a little means a lot


For a long time I’ve been a believer in the 10% rule. It’s a simple theory based on the observation that so much in life is decided on the margins.

Take height. The average height for a man in the UK is five feet nine inches. Yet someone who is six foot three inches isn’t seen as a little bit above average (less than 10% above, in fact), they are seen as unusually tall. They will literally stand out in a crowd.

The point this illustrates is that height is as much a relative construct as it is absolute. We don’t view height from our toes, we view it from our eyeline. And from this relative perspective, the margins are considerably magnified.

The importance of relative margins becomes heightened in competitive and performance contexts. Take the 2016 Olympic 100 metre finals which Usain Bolt ran in 9.81 seconds. It was an emphatic win confirming, once again, that he was in an entirely different class from the rest of the field. Yet the difference between him and Trayvon Bromell, who came eighth, wasn’t 10%. It wasn’t 5%. It was a quarter of a second, or 2.54%. Moreover, the difference between silver (Gatlin), bronze (de Grasse), fourth (Blake) and fifth (Simbine) was a meagre 0.05 seconds. Such is the power of margins.

In a performance context, fractional differences are the difference. Thus the meticulous study of marginal gains in elite sport. Often these gains come from seeing what other teams might miss. The marginal losses they are sustaining without even realising it.

Given how much of normal life we are having to forgo, (and the degree to which social restrictions are growing rather than diminishing), it is inevitable that the marginal losses we face as an industry will demand more and more of our attention. Particularly the marginal losses incurred by the rise and rise of remote communication, and the extent to which Google Meet (my go-to option), Zooms and Teams replicate something resembling a physical meeting.

Much as we all rely on these platforms, and should credit them accordingly, part of the risk they pose is their very utility. We could begin to see them as a substitute for real meetings, as opposed to an alternative, and, in doing so, we could put ourselves at the start of a very slippery slope. Because they are not a substitute. They are only 90% a substitute. And you know what this means. We might be missing out on the all-important 10% that decides so much of what happens in our marginal world.

Grouped within that 10% would be many of the unquantifiable factors, which are nevertheless pivotal to the success of a meeting, let alone the success of a relationship. Factors such as non-verbal communication, learning by osmosis, camaraderie, incentives to contribute, levels of energy and focus.

Everyone will have their different answers to the marginal losses of remoteness. The first step is to develop coping mechanisms to help offset the surrogate nature, strain and repetitiveness of Zoombie culture. I’m sure we’ve all got our workarounds, but to bolster your resources I can recommend a brilliant article from Harvard Business Review, How to Combat Zoom Fatigue, by Liz Fosslien and Mollie West Duffy. Worth a read.

Some of the losses caused by enforced distance are more immediately apparent than others. The danger of WFH becoming LATO (living at the office) is something that we must all fight hard to avoid. But it is something that can be picked up on and addressed quite quickly if your company has a strong listening culture. Seldom has the confessional of a good staff survey been more important than it is right now.

What can be missed, even when an organisation has its ears wide open, are the more subtle and elusive aspects of human interaction. And the one I want to close with is good old-fashioned dissent. Very few people go into a Zoom call thinking: “I hope this goes on longer than necessary.” The danger, then, is that our desire for a brisk, friction-free canter through the agenda can make us cut intellectual corners. In our eagerness not to hold things up we may acquiesce in accepting something that’s OK, rather than brilliant. We may suppress a doubt that should actually have been aired. We may decide not to cause difficulties, when difficulty is precisely what’s required. After all, to be truly creative, you must first experience the nausea of incomprehension (according to Einstein).

So, we must fight the urge to be politely expedient. We must nurture our rebellious side, our disruptive instinct, the non-conformist in us. The group is often right. But anyone can think like a group. The breakthroughs tend to happen when someone realises the group is wrong. Even if it’s only 2.54% of the time, it can mean the difference between winning and losing.

Charles Vallance is founding partner and chairman at VCCP 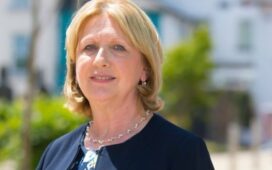 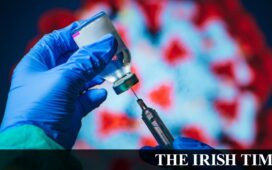 Moderna seeks US and European clearance for Covid vaccine 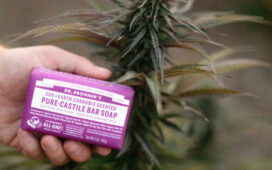 This Dr. Bronner’s $25 Soap Smells Like Cannabis and Has a Message, Too

D&AD Annual 2020 reviewed: ‘There’s a movement that can’t be stopped’ 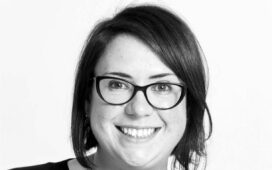 Digital Political Advertising In 2020: What We – Campaigns & Elections