What’s on your desk, Taylor Lyles?


Moving to a home office sometimes means making the most of a little space. Taylor Lyles, a writer at The Verge, is one of those who has used imagination and tech know-how to create a great working area out of a small part of her room. Here’s how she did it. (And if you’re curious, a list of her tech is at the end of this article.)

First, tell us a little about yourself. What is your background, and what do you do at The Verge?

I’m from Maryland, born and raised. I live outside of Annapolis, which is the capital of the state. I joined The Verge earlier this year as a news writer and my one-year anniversary is coming up in February.

I am currently listed as a writer. “News” was dropped from my title, which primarily means that I place a lot more emphasis on service journalism. Basically, I find a lot of good deals for our readers so they can best spend the money that’s burning a hole in their pockets.

It looks like you really had to get a lot of workspace into a relatively small area. How did you manage it?

Yeah! My desk is in the same room as my bed, and it is close to my two-door closet. I previously had two other smaller desks instead of the one I currently have, but when it came to finding a new desk, I wanted something that was spacious yet also fit in the parameters I designated. A measuring tape was my best friend for sure! Funnily enough, I now have a 45-inch desk, but I could put a larger one in the space, and it wouldn’t feel cramped.

Tell me a little about the desk itself.

It’s a gaming desk by this company called Mr. Ironstone. In case it’s not obvious, I am a huge gamer, and I’ve always wanted to have a desk that was considered a “gaming desk.” I spent a few weeks researching a few different types of gaming desks, and eventually, I went with the Mr. Ironstone Gaming Desk.

A few people have said it’s minimal, but I am a very simple woman, and to be quite honest, a minimalist desk is the best because it provides you with more freedom and a ton of real estate to allow you to decorate your desk how you like. Shockingly, this is one of the cheapest desks I have used; it cost only $126 when I ordered it on Amazon. Ultimately, I decided to buy this desk because it came with a few neat things on the side (a cupholder and a headset hook).

I love the cupholder.

The cupholder is one of my favorite parts of this desk! I did have a coaster and a headset mount on my old desk, but I did not like how they took up space on what was already a small desk to begin with.

The best part is that you can choose which side you put your headset hook and cupholder on. I chose to put the cupholder to my left because I am a lefty and my headset hook on the right because it is closer to my computer.

It’s a Techni Sport TS-5000, and although it looks comfy, it’s actually very uncomfortable. I had to purchase a seat cushion because sitting on the chair for more than two hours made my butt hurt. I also have a weak back so, thankfully, I have cushions that provide extra comfort for my back and my butt, allowing me to work (or game) comfortably at my desk. I am planning to get a Secretlab Titan gaming chair soon.

Okay, now it’s time to talk about your tech. Let’s start with your computer. That’s quite a system you have there.

This is my gaming PC! Someone I knew gave me the case, and I bought and built the PC myself. I am currently in the process of upgrading my rig, but I want to point out a few things: the GPU I am using is an Asus RTX 3070, and my processor is an Intel Core i7-7700K. But within the next few months, I plan to switch my CPU and motherboard to AMD.

The biggest focus I had for my gaming PC was I wanted to make sure I could play the newest titles without having to sacrifice performance or graphics. I also try to plan 10 steps ahead in future-proofing my PC, especially with the new generation of gaming underway.

How about your displays? How did you decide on two, and how do you use them?

The gamer in me always wanted two displays. It also makes multitasking easier. Both monitors are 24 inches. The one on the right is an Asus MG248QR, the original one for my gaming PC, and the one on the left is newer, the Asus VG258QR. Eventually, I will upgrade to 4K monitors, but for now, these get the job done just fine.

My left monitor is the one I work on the most. The second one is what I use to keep my Slack app open. I split reading material on the right between two windows.

I’ve admired your microphone setup ever since the first time I saw it. Tell us about it.

Thank you! The microphone I am using is called the HyperX QuadCast, and it’s amazing! Previously, I had a few other mics, including a Blue Yeti. I chose the HyperX QuadCast as my new mic because I heard great things about the sound quality, and the design was also really intriguing to me.

The QuadCast has a lot of bang for the buck, and I like how it comes with a stand for your mic and a shock mount in case you decide to place it on a boom arm, which is what I did. And it comes with a nice long cable, so you have more leverage for where to place it.

The boom arm I am using is from TONOR, and it is an adjustable suspension boom scissor mic stand that costs about $30. What’s great about this boom arm is that it includes a durable clamp, so if you have a heavier mic like, say, a Blue Yeti, it will be compatible with the boom arm.

You’ll also notice I have a pop filter on my mic. The QuadCast does have a built-in bright red pop filter, but unfortunately, it is not very good at stopping plosive speech sound. I didn’t want to use the “normal” pop filter, which came with the boom arm I bought, so I bought this PEMOTech tri-layered pop filter. I bought it for $8, and aside from looking cool, it does help with the plosives. It gives off such a very professional look in my opinion that it makes me want to have a podcast.

How about your other tech?

Most of the tech I use for my computer is from Logitech. I have a Logitech BRIO webcam, a Logitech G635 7.1 gaming headset, a Logitech G910 RGB gaming keyboard, and a Logitech G502 gaming mouse.

The speakers you see hiding in the back are the Razer Nommo Chroma, and I use those for listening to music or podcasts in the background while I work. That flight stick is the Extreme 3D Pro Joystick, which I use exclusively to play Star Wars: Squadrons on my PC. The two controllers are for gaming: the Razer Wolverine is for fighting games mostly, while I use the Patrol Tech Special Edition Xbox One wireless controller for certain PC games (mostly platformers). Most of my PC gaming is done on my keyboard, but hey — never hurts to have some options, right?

Talk a little about your toys. Which are your favorites, and are there any interesting stories you’d like to share about any of them?

I received the Rubik’s Cube as a gift from a friend a few years ago for my birthday. I know how to solve it, but I simply have not had the time. The fidget spinner is neat, too. Usually when I need a screen break, I just play with the fidget spinner a bit to relax.

I purchased the Elago AW4 AirPods case because I was afraid I would misplace my pair of earbuds. Most of my family have these same earbuds, so I wanted to make sure that I could tell my case from the rest. It also looks really cute.

That’s a wonderful banner you have hung up behind your desk!

Aw, shucks. This was the thing I was really excited to share with you. I love collecting flags. I have about nine or 10 right now, but only four of them are hanging up at the moment. The one you see above my desk is the Maryland flag (aka the best state flag ever). In case it’s not clear, I have a lot of state pride. I actually asked my mom to give me a Maryland flag as a high school graduation gift back in 2013, and it’s one of the handful of things that I consider my most prized possessions.

I am sure you can see the American flag above my bed, too. I bought that one a year later when I was looking to redesign my room. I know some people will have their critiques of America as a whole, but I love being American, and I think our country has an incredible flag.

Update February 12th, 2021, 3PM ET: This article was originally published on November 23rd, 2020; links to and prices of various products have been updated.

READ  Full TV schedule, scores, outcomes for the 2020 season restart
Share on FacebookShare on TwitterShare on LinkedInShare on Reddit
techregisterFebruary 12, 2021

Gigabyte’s Aorus 15G is great at gaming, but not much else 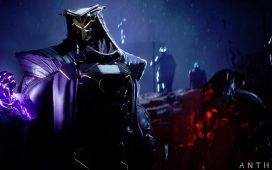 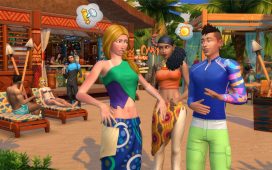 The Sims 5 news, multiplayer rumors and everything we know 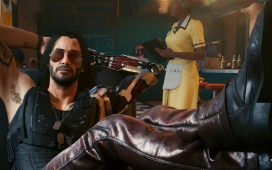 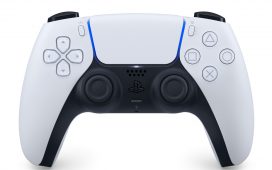 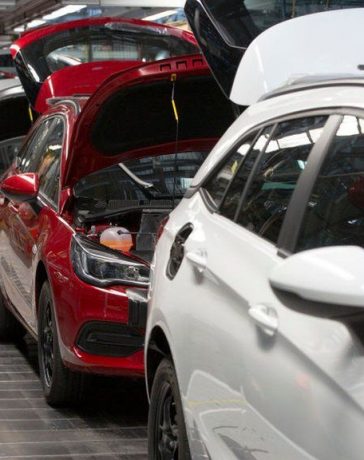 Rocky Marciano to be featured in upcoming boxing video game