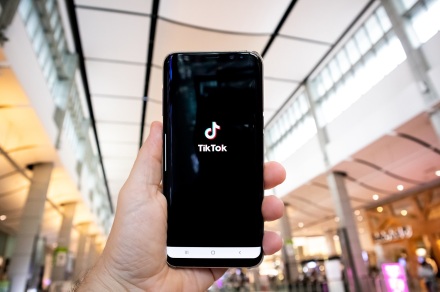 TikTok has a new program that allows its Live creators to offer a paid subscription service to their fans that generates revenue for the creator and grants the subscriber certain perks. The new program is called Live Subscription, and TikTok officially announced its launch on Monday.

If you’re a creator or a TikTok fan who wants support their favorite creator, you might have a few questions about Live Subscription and how it applies to your TikTok experience. So, we’ve put together this handy guide to help break down what we know so far about TikTok’s Live Subscription program.

Who is the Live Subscription program for?

TikTok’s Live Subscription is for both Live creators and their fans who want to show a creator their support with a paid subscription. Fans essentially pay a monthly subscription, which generates revenue for their favorite Live creators and, in return, fans receive certain subscriber perks.

What perks do subscribers get?

5 days to go! Join @JACK BE to learn about LIVE subscription. #LIVESubs #TikTokLIVE

There are three main perks subscribers can expect to get with a Live Subscription: Custom emotes, subscriber badges, and access to subscriber-only chat.

Custom emotes are like fancy emojis that are “custom-designed by the creators.” These emotes can be used in the middle of Live sessions.

Subscriber badges are given to subscribers and appear next to their names. These badges can “get upgraded over time.”

The Subscriber-only chat feature has only been vaguely described by TikTok as a feature where “creators and their subscribers have exclusive access to one another.” There hasn’t been much more information released yet.

But what we do know is that, based on a number of TikTok creator videos about the new Live Subscription program, is that subscribers will also have the ability to control their creator’s camera during a livestream. It is unclear at this time if the camera control feature is its own subscriber perk or part of the Subscriber-only chat feature.

What are the eligibility requirements for TikTok’s Live Subscription program?

In order to participate, creators must have at least 1,000 followers and be 18 years old or older.

You have to be at least 18 to buy a LIVE subscription and to receive or send Coins and gifts.

When will it be available?

The first launch date is expected to be May 26.

How much will it cost?

TikTok did not share how much the subscriptions would cost in its official announcement of the service.

According to TechCrunch, the cost is expected to be “comparable” to the cost of subscriptions on Twitch. If that holds, subscribers may pay at least $4.99 per month for a subscription.