What changes could be announced in Rishi Sunak’s Budget 2021?


THE Budget is next month, and with it could come changes to Universal Credit.

We explain everything you need to know about the upcoming statement, and how it may affect the amount of cash you receive.

The Budget is when the government outlines its plans for tax hikes, cuts and things like changes to benefits and the minimum wage.

It’s different to the Spending Review, which sets out how much public cash will go towards funding certain departments and services, such as the NHS.

The Budget will be held on March 3, 2021, and is usually delivered in the morning after Prime Minister’s Questions.

On Universal Credit? Below we round up how you may be impacted.

Remember that most of these changes haven’t yet been confirmed, so it’s not certain whether they’ll happen.

What to do if you have problems claiming Universal Credit

IF you’re experiencing trouble applying for your Universal Credit, or the payments just don’t cover costs, here are your options:

Last year, the Chancellor announced a £20 a week boost to Universal Credit to help low-income families through the pandemic.

But the hike, worth £1,040 a year, was only a temporary measure set to last a year until the end of March.

There has been much speculation over whether the policy will be extended beyond this date.

A source told The Sun in October that Mr Sunak was “open to the idea”, but that was before England was plunged into the latest lockdown.

If it’s not extended, then claimants will see their monthly payments fall.

Instead of continuing the weekly uplift, Mr Sunak was previously reportedly offering to give claimants a one-off payment of £1,000.

However, the idea was then rejected by work and pensions secretary Thérèse Coffey.

Mr Sunak is said to be reluctant to continue the weekly boost, fearing that it would then become a permanent increase costing £6 billion a year.

Universal Credit claimants and those on other benefits will see the money they get rise this April.

The Department for Work and Pensions (DWP) has already confirmed these, but they may be mentioned in the Budget too.

How much you’re entitled to depends on your individual circumstances, including your age, whether you have any disability and if you have children or are a carer.

We’ve explained all the confirmed rates in our round-up.

Deductions to go up in April

Amounts can be taken out of your Universal Credit to pay back debt in council tax, energy or water bills, rent, court fines, compensation orders, or child maintenance.

These amounts are also increasing from April, with the exact amount depending on your individual circumstances and the type of debt.

These levels have also already been confirmed by the DWP, but may be mentioned in the Budget as well. Check out our guide for more information.

In last year’s Budget, Mr Sunak temporarily removed the minimum income floor to help self-employed workers if they have to self-isolate.

The threshold applies to those who’ve been self-employed for more than a year.

It’s the amount you’re thought to earn each month, and is used to work out how much Universal Credit you get on top of your earnings.

The idea is that the minimum income floor is the equivalent of someone of your age working full time on minimum wage.

If you earn below this level in any month, you are treated as earning the minimum income floor.

The threshold has been suspended during the pandemic, and is currently set to end in April, meaning workers can keep the cash boost until then.

Mr Sunak could extend the suspension in the Budget or he may reintroduce the threshold.

READ  US election 2020: The young people struggling in the 2020 economy

Inside the 10 cheapest UK properties with prices starting from £22,500

We explain 12 ways to get extra cash or help if you’re on Universal Credit.

We also round up tax changes that could affect you in next month’s Budget.

Plus, we explain other potential changes in the upcoming statement. 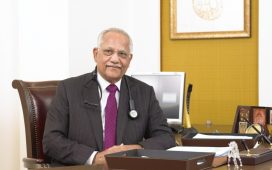 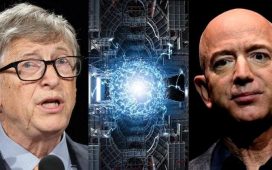 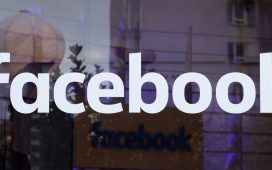 The Clubhouse app: What is the allure of the invite-only social media network?