Investors predict his programs will include the return of more U.S. Department of Energy-funded projects, more access to federal land, longer permit times for oil and gas, and funds tied to regulatory incentives, as well as expanded opportunities to invest in startup innovation, especially in the areas of the electricity grid and infrastructure.

Biden’s campaign referenced the Green New Deal, which calls for moving away from fossil fuels and making cuts to greenhouse gas emissions, as “a crucial framework for meeting the climate challenges we face.” However, it seems like he has his own agenda that includes achieving net-zero emissions by 2050, more investment in wind and solar projects, reversing President Donald Trump’s withdrawal of the U.S. from the Paris Agreement, and investing $2 trillion “to meet the ambitious climate progress that science demands.”

“We won’t see anything like the Green New Deal passing, but we are still optimistic that sentiments of it will be implemented,” Katie McClain, a partner at Energize Ventures, told Crunchbase News. “Infrastructure is greatly needed to improve the resources, as well as building out the grid. Electric vehicles can have policy implications and stand to thrive. There are also things the Federal Energy Regulatory Commission can do without the Green New Deal, as well as further wind and solar projects.”

Venture capital investment in cleantech has had many ups and downs in the past 20 years. Clean Energy Ventures’ 2017 “Clean Tech 3.0” reported a slow ramp-up in investment between 1996 and 2005, with an average of $300 million a year. In 2006, that jumped to $1.7 billion and rose to a peak of $4.3 billion in 2011, according to National Venture Capital Association figures.

A second slow ramp-up in investments occurred between 2012 and 2018 at an average of $3 billion per year, leading up to a peak of $4.9 billion in 2019, according to Crunchbase data. So far in 2020, investors have pumped $3.9 billion into cleantech startups.

Dan Goldman, co-founder and managing director at Clean Energy Ventures, said in an interview that after 2011, more investments occurred because venture capitalists found a more rational approach to what can work in clean energy.

“Into 2016 and 2017, much more capital flowed back, notwithstanding the Trump administration,” Goldman said. “There were no proactive policies or Department of Energy funding. The private sector, as a result, stepped up to fill in the holes.”

That included many policies made at the state level. Some 30 states took interest in setting policy to help cleantech and clean energy startups, he said. One of those was New York, which passed Local Law No. 97, amending building codes so new construction energy use would reduce greenhouse gas emissions by 40 percent by 2030.

Early on in Trump’s administration, many consumers adopted clean energy as the costs of wind and solar came down, however, his focus to save coal fell flat, McClain said.

“The coal demise took place over years and was much faster than anyone had foreseen–driven by state policies and corporate purchasers,” she added. “While the administration tried a couple of things, market forces were speaking loudly and it didn’t make a difference because the corporate sector was leading the charge for renewable energy.”

One huge setback for the greentech sector: VC firms lost more than half of the $25 billion they invested in clean energy technology startups between 2006 and 2011. Goldman attributed that to two reasons: an underdeveloped clean energy ecosystem and the sector being highly capital intensive.

“There were some big winners, but also a lot of busts,” Graham Brown, partner at Lerer Hippeau, said in an interview.

That period saw tremendous investor appetite, but many of the companies, especially those on the infrastructure and equipment side, struggled to gain traction and the movement fell off investors’ radar a bit, he said. There were some big winners such as Sunrun—which was founded in 2007 and went public in 2015; SolarCity, which was founded in 2006 and eventually bought by Tesla; and of course, Tesla itself.

However, there are VCs that still won’t touch cleantech as a result of some of its big failures, McClain said. The startups invested in early-on had expensive hardware and were “moonshot-y,” making them better suited for DOE investment versus venture, she added.

In fact, when Energize Ventures started its fund in 2017, it focused on cleantech and clean energy startups needing light capital and making digital tools, not the expensive hardware or battery chemistry.

“We’ve seen a lot of people either tiptoe back in or jump in with both feet,” McClain said. “We now see new capital coming in, from firms like Blackstone and BlackRock, and more climate funds.”

Learning a lesson from the lull, there will likely be a focus by investors on consumer-facing cleantech, energy alternatives and software rather than infrastructure, Brown said.

“It’s more economical than it has ever been,” he said. “You are seeing that just in consumer shopping behaviors.”

He points to the increased interest by consumers in products such as solar panels and Tesla batteries.

He is seeing more competition from investors wanting to jump on greentech and cleantech. While that has been the case for a few years, the fact the new administration will introduce public initiatives involving climate change and the environment only will increase that interest.

Josh Schein, president of Global Key Advisors, agrees. Schein works with Cleantech Open, an accelerator for early-stage clean technology startups, and said not only has the quality of cleantech and clean energy startups increased, but the program attracted twice as many investors this year than in prior years.

“When Biden comes in, he is going to do a lot, such as access to federal lands and increasing the time to get permits for oil and gas, while making it shorter for clean energy,” Schein said. “Cleantech is growing, and the economy is getting bigger. More jobs and a friendlier administration: If you put all of that together, you will see more investors wanting to get involved.”

Energy companies are also waiting to see what happens when the fog clears. Jacob DeWitte, CEO of Sunnyvale, California-based Oklo, which is creating nuclear reactors, said via email that “advanced fission is one of the few remarkably bipartisan topics on Capitol Hill these days.”

Speaking specifically about the nuclear section, he thinks that continued support for leadership at the Nuclear Regulatory Commission, which has driven modernization and transformation since the Obama administration, through the Trump administration, and into the Biden administration will be critical.

“Biden campaigned strongly on climate and nuclear playing an important role so we are eager to see how the largest source of low carbon energy in the U.S. will help spearhead climate policies and goals,” DeWitte added. “Seems like a Republican senate is also reasonably likely, so I think that further amplifies how nuclear will play such an important role given the bipartisan support of nuclear.”

Sources say much of the change will take place in Congress, but how much change and how fast is not yet known.

He also looks forward to Biden making the largest-ever investment in clean energy research and innovation: $400 billion over 10 years.

“This historic investment in climate change and clean infrastructure will go far,” Steel said. “Right now, 3 million people are employed in clean energy, but there is a huge opportunity to boost the amount of jobs and reclaim the mantle for clean energy.”

The global economy’s demand for energy will continue to grow, said Gary Griffiths, co-founder and managing partner of Wisdom, via email. However, merely asking for energy reduction will not solve the problem.

“There is no single and simple answer to a cleaner energy future, so multiple bets must be placed in multiple areas, with combined incremental improvements leading to a positive macro result,” Griffiths said.

Goldman would like to see funding already appropriated to the DOE, but not implemented, to be utilized again. In addition, he expects research and development, one of the aspects Biden supports, to be a significant focus going forward.

Two of the projects include: the Advanced Research Program Agency-Energy, which is well-funded and continues to have impact on new technologies including battery life technology, and the DOE’s $40 billion loan guarantee program, which could enhance commercialization of new technology, Goldman said.

“The idea is for the government to take what is there now and do it,” he added. “I think what we learned from the pandemic is that the supply chain, in medical and in energy are at risk internationally. A significant focus should be how to shore up supply chains so we are not so reliant on other countries to grow our own economy.” 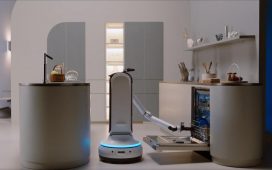 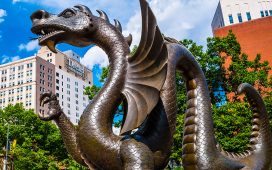 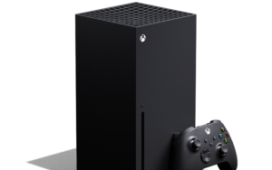 Zynga and Will.i.am will help raise $5 million for education 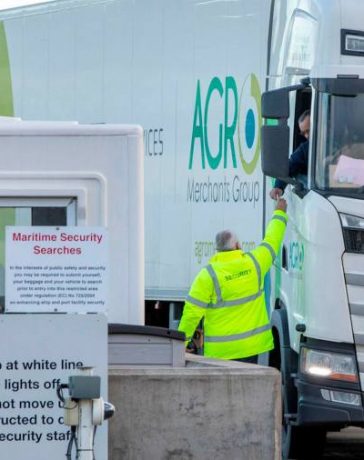 General Motors Gets Into the Delivery Business With BrightDrop

Will there be a fourth self-employment income support scheme grant?

Bitcoin Climbs 10.01% In Rally By Investing.com