What 2021 trucking events are live or virtual?

In the early days, technicians had to rely on dash lamp flash codes and paper service manuals. Eventually, technicians came to rely on detailed fault descriptions and seamless links to online repair information. Now commercial vehicles can even be repaired remotely in some instances.

“When the transition from mechanical to electronic started to take place, sensors started showing up on commercial vehicles,” explained Bruno Gattamorta, vice president of sales and marketing for Cojali USA, a manufacturer of technology and diagnostic tools. “When you make the jump to around 2007, that’s when everything [went] crazy with aftertreatment systems due to the EPA and greenhouse gas norms. Now in 2020, everything seems to be electronic. You can even adjust the heater on the rearview mirrors and calibrate the AC.”

“In the mid-1990s, the typical truck contained fewer than two ECUs,” said Jason Hedman, product manager at Noregon, a provider of diagnostic, repair, and data analytic solutions. “That number grew to roughly 11 by 2014. This increasing number of ECUs required diagnostic technology that could help technicians understand the relationship between multiple components or systems. In the past, each component acted on its own and could be diagnosed in a siloed manner.”

“It is really impressive how diagnostics has grown,” Gattamorta said. “But as a result of that added complexity, being able to read the code is not enough. Technicians also need information and technical specs like troubleshooting trees, wiring diagrams, component replacement guides, and so on.”

“We are at the precipice of a world with automated vehicles, including commercial trucks,” noted Chris Freeman, director of sales/training HD at Autel, a developer of intelligent diagnostics, detection, and analysis systems. “This industry has changed so significantly over the 30 years I have been in it. Now it feels like we’re kicking into hyperdrive over the next decade.”

Commercial vehicles have already become technologically advanced. As Noregon’s Hedman points out, there was just a single data bus on a heavy-duty truck in the early days of diagnostics. Now there is a minimum of three.

“Diagnostic tools have had to keep pace by reading data on all channels, outputting that data in an easily understood format, and simultaneously diagnosing all truck components,” Hedman said. “There was a transformation in our approach to diagnostics. We had to stop seeing the truck as a collection of components and begin treating it as a network of many computers and systems working together. This was the birth of holistic diagnostics.”

As networks (i.e. CAN bus) have been added to vehicle systems, so have additional ECUs, sensors, and cameras. As a result, Autel’s Freeman said things like oscilloscope diagnostics are starting to come into play. An oscilloscope is essentially an extension of a multimeter, allowing technicians to zoom in and get very granular in terms of what they can see in an electronics system.

“As the industry continues to advance with technology, diagnostic tool providers must keep up with the technology as well,” Freeman said. “Heavy-duty technicians need cutting-edge tools to service vehicles with cutting-edge technologies. Going forward, technicians will need to understand what these tools are, why they need them, and how to use them.”

An oscilloscope is just one example. As Cojali’s Gattamorta looks out onto the diagnostics horizon, he wonders if technologies such as virtual reality and augmented reality could begin having a bigger impact on the heavy duty repair industry.

“Fleets could take advantage of these technologies in formats such as Google Glass [Enterprise Edition],” Gattamorta related. “The technician could broadcast everything he or she sees to someone remotely to assist in the repair process, while on the side are the specs, manuals, wiring diagrams, and so on. Some companies have already done beta-testing on this and it looks very promising.”

Also on the horizon is continued momentum toward remote diagnostics.

“Fleet technicians are already capable of performing actions that historically required a shop visit, and we expect that trend to continue as the technology advances,” Hedman said, pointing to procedures such as bidirectional tests and forced DPF regens.

An industry advancing toward autonomy

The trend toward remote diagnostics segues perfectly to the trend toward autonomous vehicles. As Noregon’s Hedman points out, to make autonomy a safe and viable option, trucks must feature redundant systems capable of taking over when another system fails. Trucks must also include predictive health features that allow fleets to address problems before they occur.

“Prognostics should give fleets all the information necessary to decide on how and when to fix the truck — whether it’s on the spot remotely, an emergency roadside repair, or in a shop after it reaches its destination,” Hedman said. “As the industry aims to make autonomy a reality, trucks will become much better at self-diagnosis and, in some cases, self-repair. Virtual technicians will be as important as in-shop technicians.”

As the heavy-duty industry evolves into more of an autonomous driving scenario, Autel’s Freeman said it will become more common to see advanced driver assistance systems (ADAS) on commercial vehicles, such as adaptive cruise control, lane departure, and emergency braking which was actually mandated in 2018. As a result, heavy-duty technicians will begin encountering componentry such as cameras and sensors more frequently over the next several years.

“Technicians will need the tools and software that are current with these systems and technologies,” Freeman says. It is helpful when a diagnostic tool provider has already been developing solutions for the automotive world where ADAS is already common. “When autonomy trends over to the heavy duty market, we can adapt to it very quickly,” Freeman noted. “There are some big differences between the automotive and heavy duty markets, but the base concept is the same.”

According to Freeman, the biggest challenge surrounding ADAS relates to information — information provided by the government and/or OEs. ADAS is already mandated in Europe, but it is not clear when the U.S. might head in that direction. There could be a roadmap toward 2025, or perhaps 2030. It is also unknown what any mandate might entail in terms of safety systems and functions.

In the meantime, technicians need to know what is involved with the ADAS systems that are already starting to pop up in the field.

“Let’s say a technician is doing some body repair,” Freeman said. “Will the technician have to recalibrate the sensors? If a technician is replacing a windshield, will he or she have to recalibrate the camera? If so, what software and other equipment might be needed to do that? Right now, there is some conflicting information out there. Some dealers, for example, say there is no need to recalibrate the camera. However, there is a camera reset procedure in the Detroit software. So, which one is it? These are the types of issues our industry will be dealing with in the very near future. We need more clarity from the OEs, and then technicians need the right tools to get the job done correctly.”

“A technician is just as much a member of a STEM field (science, technology, engineering, math) as he or she is a manual laborer,” Hedman said. “Being proficient in electronic diagnostics means utilizing the advanced features of a diagnostic tool to help troubleshoot and problem-solve. Technicians must know how to graph, chart, and interpret datapoints just as well as they know how to turn a wrench or use a multimeter.”

In an industry where technological advances are being kicked into hyperdrive, this unique blend of skills, knowledge, and cutting-edge tools will be more important than ever. 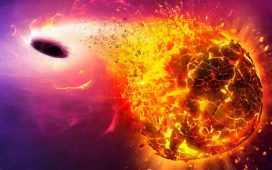 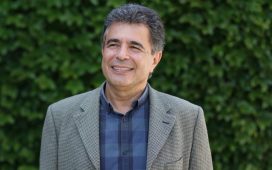 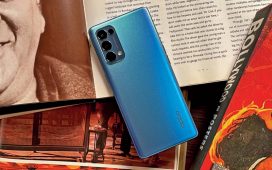 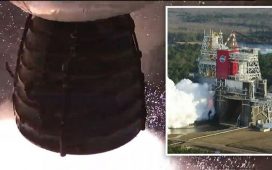 Cuomo proposal would raise tax for wealthiest NYC residents to 14.7%