WEYMOUTH — They handed out rosters at Weymouth High on Tuesday night, but it didn’t do any good in terms of identifying who was who.

Every field player on both teams wore the exact same number — 7 — and had one of two names on the back of his shirt — either “Dante” or “Elbehiry.”

As you might suspect, this was a soccer game that was about much more than soccer.

The Weymouth High and Walpole High boys teams came together to honor Dante Elbehiry, Weymouth’s honorary senior captain who lost an 18-month battle with cancer on Aug. 26, just 20 days before what would have been his 18th birthday.

Elbehiry is gone, but his memory is galvanizing the Wildcats, who capped an emotional night with a 3-0 win in front of a huge crowd.

It was Weymouth’s biggest scoring output of the season, and actually the first time since their opening game that the Wildcats had found the back of the net more than once. Defense is Weymouth’s thing, and this was the Wildcats’ fourth straight shutout.

Elbehiry, a center back by trade, certainly would have approved of the way that Weymouth (4-1-5) has locked down opposing attacks, conceding only four goals all season.

“He would have loved it,” said senior midfielder P.J. Cullivan. “We’re shutting out every team we can right now. Four games in a row. He would have made (the defense) even stronger.”

“He would have been happy” with the clean sheet, agreed senior goalkeeper Tyler McInerney. “That’s what we used to do together.”

McInerney had been friends with Elbehiry since they were both 5 years old.

“We knew each other from kindergarten,” he said. “He’d come over basically every day after school to spend time at my house.”

McInerney, who had very little to do in the first half and then made a few diving/lunging saves after the break, said, “It kind of felt like (Dante) was with me in a way. Having all these people there for him, for us, it felt like he was out there with us.”

McInerney wasn’t the only one thinking that way. Linda Mango, whose daughter Isabella was Elbehiry’s girlfriend, said, “Even though he’s not here physically, I think he’s here spiritually. I actually feel his presence tonight.”

Elbehiry never got to play on varsity as his illness cost him his entire junior season. But his black Weymouth jersey — a Real Madrid fan, he chose number 7 in a nod to Cristiano Ronaldo — has been hanging near the Wildcats’ bench for every game this season.

Weymouth has been wearing gray T-shirts with “Dante” and “7” on the back during warmups all season, but this time the Wildcats convinced the two game officials to let them play the full game in the shirts. Walpole got into the act, too, wearing white T-shirts, all with No. 7 on the back.

There were purple balloons and streamers everywhere — purple was Elbehiry’s favorite color — as once again the town of Weymouth proved that it takes care of its own.

“One of the things that I’ve learned about Weymouth,” school principal Alan Strauss observed, “is that they come out and support families and support each other during times of crisis but afterwards as well so that people aren’t forgotten, which is a wonderful thing.”

In the pregame ceremony organized by the team’s booster club, the Elbehiry family — including mom Danielle, dad Moataz, sister Bella, and brother Brandin — was invited onto the field. Peter Cullivan, P.J.’s dad, told the crowd that Dante was “an amazing player” with “smooth and effortless” skills who had “a glow about him on the field.”

Johnny O’Halloran, Dante’s travel team coach who also works with the Division III Eastern Nazarene College men’s team in Quincy, presented Dante’s family with a No. 7 ENC jersey with Dante’s name on the back. “He would have fit in with us,” O’Halloran told the crowd. “He would have had no problem sitting in our back four.”

The senior members of the Weymouth team then presented Dante’s family with a No. 7 New England Revolution jersey signed by the players on the MLS team.

“Very moving,” said booster club member Debbie McInerney, Tyler’s mom, “just seeing the amount of people that are here, seeing all the purple (decorations), all the No. 7 (jerseys) … A lot of (the players) have grown up with Dante from kindergarten, like my son. They had things to finish, things to do senior year, on and off the field with each other, and this night is to show him that we’re all one, we’re all together.”

Brandin Balurdi, Dante’s 21-year-old brother, called it “an amazing night with everybody coming out here from all over the place just to be with us and to show support and honor who he was.”

Balurdi acknowledged that he and Dante fought, as all brothers do, but said Dante’s illness brought them closer together. “He was taken away way too soon,” Balurdi said. “He had so much potential. He was selfless. He was the perfect brother.”

Dante’s passions included soccer and cooking. He honed the latter skill by working at the family’s restaurant, Shawarma & Shakes, on Washington Street in Weymouth.

“I don’t know how he got that gift of cooking because I can’t cook to save my life,” Balurdi said. “He made us ratatouille from scratch. These amazing meals that you would see on Gordon Ramsay’s TV shows, he would make them. It was amazing that a 17-year-old kid was able to make these meals that people go to (culinary school) to learn. He could get it right then and there.”

“He was an amazing cook,” agreed P.J. Cullivan. “He even made his own special garlic sauce at Shawarma & Shakes. I worked there for a while and I’ve had his food. It was delicious.”

See also  Wait, maybe pick up that unknown call after all

Another of Dante’s gifts was his ability to lift the spirits of those around him.

“Dante, he was my boy,” P.J. Cullivan said. “He was just so nice. Always positive. He was never letting anyone down. He was there for you 24/7. He was that all-around perfect friend.”

“He was always looking to make people smile,” agreed Tyler McInerney. “He never didn’t have a smile on his face. He was just electric in the room. You could tell when he walked into a room by the smiles on everyone around you. Everybody’s mood, attitude was different around him.”

Now, without him, the Wildcats are trying to carry on.

“Honestly, we just fed off the seniors” tonight, said Weymouth coach Bill McEachern, whose team got goals from P.J. Cullivan, Tyler Miller and Dylan Laewe. “The seniors were excited. That’s how they’ve been all year. Dante’s been with them (in spirit) all season. He’s been on their shirts, on their arms and in their hearts and they’ve played that way since Day 1. Tonight was no different.

“It was an honor to represent him and support the family. It was a really special night and the guys put it all out there on the field.”

Whatever the Wildcats achieve this season, they would have enjoyed it more with Elbehiry along for the ride. Unfortunately, life is cruel sometimes.

“It hurts,” Tyler McInerney said. “When he first went into the hospital we used to talk about how his goal was to get better in order to be out here with us (for his senior year). We always believed it. He was a fighter. Knowing that we could have had the opportunity (to play together again) and that was ripped from us, it hurts. But we’re doing this all for him, so I hope he’s proud of us.” 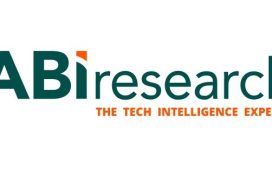 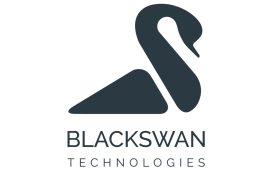 What is blackfishing and why has Jesy Nelson been accused of it?

The EarFun Air Pro is the go-to model

Ray-Ban Stories: Why they might be the smartest glasses you’ll ever own, in every way