A child sits on a rock ledge buckling his shoe. The camera zooms towards a mysterious dark shape behind him as the boy scampers towards us in fright. A black bear has just lumbered into view. We may never know how this scene played out, who shot it, or why. These grainy images unfurl from a dusty film canister found in a charity shop. Around the world, limitless hours of undiscovered footage like this lie waiting for a new audience; from forgotten newsreels to public information films, astral visions shot by astronauts to “found footage” home movies. Welcome to the rich world of archive film-making.

Directors have long recognised the value of marshalling this material to amplify or even determine their films. “I am firmly convinced that the topic you are interested in is something for a whole workshop, lasting a week,” says Werner Herzog, “or a book project, filling 300 pages or more.”

In 2005, he chiselled Grizzly Man from more than 100 hours of video that the bear enthusiast Timothy Treadwell had shot of himself living among wild grizzlies in Alaska. Although Herzog employed assistants to sift through the footage, he found some of the most memorable images in what they had discarded: a fox’s paws pressing up against Treadwell’s tent; reed grass flowing in the wind between takes. These intimate shots, he says, “demanded to be seen”. They allow us to see the world as it is, devoid of human order. In a later, now iconic scene, Herzog appears on camera to mitigate our experience of Treadwell’s last moments, listening (through headphones) to Treadwell being devoured by the very bears he loved. Although he doesn’t let us hear the audio archive, it may be the most moving scene.

The same year Grizzly Man was released, Asif Kapadia began to pour over 15,000 hours of footage from the vaults of Formula One. Four years later, he had spun it into 90 minutes: Senna, the heart-stopping story of the Brazilian racing driver Ayrton Senna. The action is told solely through old footage, but cut together with the immediacy of a thriller.

“Archival films offer an opportunity to bring the past alive in a uniquely cinematic way,” says Brett Morgen, who in 2014 turned his eye to 140 hours of 16mm film. It was soundless and scrambled, aged with an orange hue from years spent languishing in storage in a Tanzanian jungle. After years of painstaking post-production, he made it into Jane, a scintillating account of the primatologist Jane Goodall’s first expedition. He combines the immediacy of archive with layered sound to “create an experience”, allowing audiences to witness the past “as it unfolded, without the fog of memory”.

Adam Curtis creates moods by interweaving disparate threads from the BBC archive. Intricate montages – looped, warped, and saturated – are bound together with his distinctive voice, creating filmic tapestries that seem to stand outside of time. HyperNormalisation provides an urgent commentary on today’s power systems, but emerges from the past. Curtis says that, as he scans through material: “I will also be watching out for any shots that catch my eye – a closeup of someone’s hand moving, or the camera moving with someone as they come out of a building into the evening sky, or a moment when someone looks at the camera and then looks away. Anything that evokes a feeling.” When these unconnected clips are fused to an unexpected soundtrack, they find an emotive coherence. These days, he favours “older, romantic composers” and “forgotten music [found] beyond the digital walls”.

You feel Curtis’s Tetris-like style in Adam McKay’s biopic of Dick Cheney, Vice. The American director loves archive, but he likes recreating it even more: “I really like how it engages the audience to constantly decide what is real and what is not.” In Vice, he says: “We recontextualised existing footage from HyperNormalisation of a long blood smear on the ground. The absence of a dead body somehow made the footage even more violent.” When he used this real archive in test screenings, people complained the shot looked fake: “After we recreated a version of it, several people asked where we got the archival footage from.”

To make From The Sea to the Land Beyond, Penny Woolcock spent months trawling through reams of hand-cranked 35mm film from the BFI National Archive, wondering how she was going to make a film from it all. It is one thing to adapt a novel into a film, but how do you adapt something with no narrative? “One day we tripped across first world war footage of soldiers playing war games on a beach,” she says. “I had a flash of revelation that beaches could switch from sites of recreation to war zones. Everything else flowed from that one idea. It’s all about making connections and that feels magical.”

Archive film-makers dig like storytelling palaeontologists, unearthing skeletons and piecing them back together without full knowledge of what they are making. There is an element of serendipity, letting the images you are attracted to lead the way before working backwards to find a story.

“There is a lot of tone in archival material that has its own message to convey,” says the Los Angeles film-maker Courtney Stephens. “I’ve found it useful to view images without their original sound and freestyle experiment with other sorts of audio. Archives ask for a form of visual listening about what a thing would like to become. It’s a little like giving material a chance to self-determine. In that way it’s a little choosing things in a thrift store. There’s a joy in finding potential in things.”

Even with a ton of carefully catalogued metadata, you never quite know what you’re going to get. A clip tagged as “glass” might be lightning striking desert sands. Viewing each clip feels like unwrapping a gift. How might it be reshaped towards a new emotional purpose? What will happen when it’s spliced with something else?

Right now you can search British Pathé’s trove of historic, cultural films and newsreels, finding everything from washing lines slung between terraced houses in 1970s Sunderland to the faces aboard the Terra Nova setting sail for the South Pole. The Prelinger Archives offer an almost mythological view of 20th-century America: baffling psychosocial ephemera such as Once Upon a Honeymoon, in which an angel reignites a marriage by demonstrating how telephones can be incorporated into interior design, and Breath-Takers, in which a man escapes a straitjacket while dangling out of a plane. You can also launch into the Nasa Video Library. Go bravely into the unknown and create something.

Fresh discoveries are being dug up every day, like the Readymades of Marcel Duchamp, scanned, labelled and ready to be repurposed. Archives are also becoming more proactive in showcasing their wares and encouraging submissions. The North West Film Archive is appealing for footage created during lockdown while the BFI Player recently launched VE Day, a collection of unique home movies. The Black Cultural Archives are seeking to preserve videos from the recent Black Lives Matter protests, which are themselves turning audiences on to archive-rich films such as Raul Peck’s I Am Not Your Negro and Ava DuVernay’s 13th (now available online for free). There is definitely a future to be found in the past.

Bake Off to Inside No 9: what to watch instead of the Euros | Culture 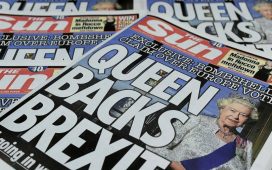 Rupert Murdoch writes down value of The Sun to zero 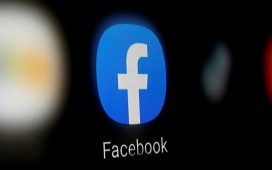 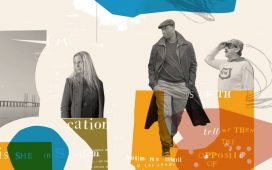 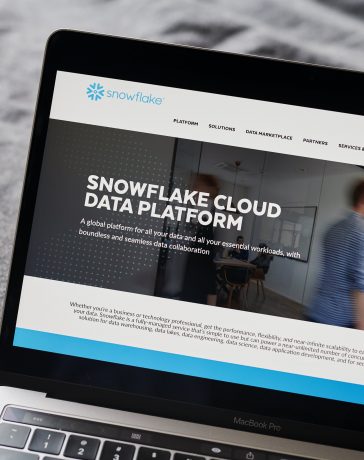