Volkswagen will invest more than €2bn into expanding its production of electric vehicles in China, even as the world’s largest car market suffers a prolonged decline that has been worsened by the coronavirus pandemic.

The German group said on Friday that it would boost its stake in an existing electric car joint venture while separately investing in a Chinese battery manufacturer. The deal marks the first significant commitment by a global automaker to China since the Covid-19 outbreak pummelled sales in the early part of the year.

VW will spend €1bn to raise its holding in an electric vehicle joint venture with China’s JAC Motors from 50 to 75 per cent in a move that will give it a controlling interest. As part of that VW will take a 50 per cent stake in JAC’s state-owned parent, Anhui Jianghuai Automobile Group.

Thomas Fang, an analyst at Roland Berger in Shanghai, said that compared with its other two Chinese partnerships, with state-owned giants FAW Group and SAIC Motor, the smaller JAC venture had offered an opportunity for greater control of operations.

He added that the deal indicated that VW wanted to focus its Chinese electric vehicle production in Hefei, the capital of the eastern province of Anhui. The company could also benefit from the backing of the provincial government.

“We see Anhui as a future hub, if not the hub, for e-mobility in China,” added Stephan Wöllenstein, Volkswagen’s chief executive in the country.

VW separately announced on Friday that it would spend €1.1bn to acquire a 26 per cent stake in Shenzhen-listed battery manufacturer Gotion High-Tech, making it the company’s biggest shareholder. The agreement will make VW the first global automaker to buy directly into a domestic Chinese battery maker, boosting its position in the electric vehicle supply chain.

China is the largest electric car market but growth stalled last year when the government cut subsidies for certain vehicles. The end of economic lockdowns in the country imposed due to Covid-19 has failed to revive the market. Electric vehicle sales in April fell more than a quarter year on year.

The government has extended tax breaks and some subsidies for the industry by an additional two years as part of efforts to support sales.

Despite recent weakness, China is central to VW’s €33bn plan to shift its focus from fossil fuels towards battery-powered engines while maintaining profits. 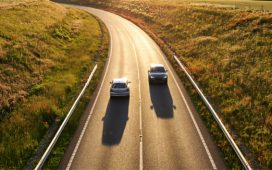 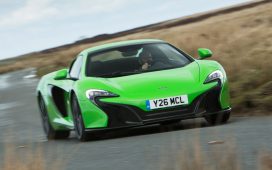 Samsung Galaxy Tab A7 Teased to Launch in India Soon