Sign up to myFT Daily Digest to be the first to know about Hong Kong politics news.

Veteran Hong Kong broadcaster Steve Vines has fled the Chinese territory for the UK because of a “white terror sweeping” the city that was making journalism a high-risk occupation.

He announced his departure on the same day that Initium Media, an online independent Chinese language news website, said it would move its headquarters out of Hong Kong to Singapore, and a day after Cantonese pop star Anthony Wong was arrested for singing at an election rally more than three years ago.

To stamp out dissent in the wake of the 2019 pro-democracy protests, China introduced a national security law in Hong Kong last year that paved the way for a broad crackdown.

Opponents said the legislation had been used to target government critics, including in the media, with reporters saying it has had a chilling effect on press freedom.

“Despite the enactment of the national security law last year, we . . . thought that a space might still exist for people who still believed in the promises of granting Hong Kong a high degree of autonomy,” Vines said in a letter to his friends and former colleagues at Radio Television Hong Kong, the public broadcaster that has been overhauled to rein in its editorial autonomy.

“However, by the day these illusions are being shattered.”

After accusing RTHK, a 92-year-old institution modelled on the BBC, of biased coverage of the 2019 protests, the Hong Kong government replaced its leader with a civil servant with no journalistic experience.

Vines said he had decided to leave Hong Kong for both personal and political reasons. “The personal implications are clear for people . . . engaged in what has become the very high-risk occupation of journalism,” he said.

In June, authorities forced the closure of Apple Daily, a pro-democracy tabloid, after arresting its senior executives and freezing its assets under the security law.

Until recently, Vines hosted The Pulse, a current affairs TV show on RTHK that was axed last month. He has had a long career in Hong Kong media and was the former president of the Foreign Correspondents Club in the city.

White terror refers to the decades of authoritarian rule in Taiwan when hundreds of dissidents were jailed. Hong Kong protesters have used the term to characterise their fear of retribution after the 2019 protests.

Wong, the pop singer, was charged alongside Au Nok-hin, a pro-democracy politician, by the city’s Independent Commission Against Corruption for his performance at a 2018 election rally.

“Wong engaged in corrupt conduct . . . by providing entertainment, namely a singing performance, for another person for the purpose of inducing the other person to vote for Au at the election,” the commission said.

Carrie Lam, Hong Kong’s leader, has dismissed suggestions there has been any erosion of the freedoms promised to the city after the 1997 handover from the UK.

“If you look at the stock market, the property market, and the technology sector, the start-ups, even arts and culture now, they are all booming . . . because of the restoration of order and stability in Hong Kong,” she said last month.

Kacey Wong, a contemporary artist who created a mobile prison to parade through the streets during the 2019 demonstrations, also said on Tuesday that he had left Hong Kong for Taiwan owing to fears for his safety. 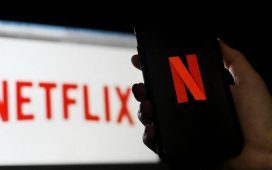 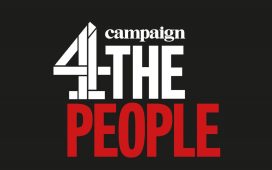 Can Channel 4 be saved from privatisation? 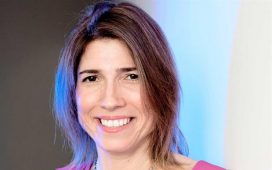 ‘I was a minority of one’: Andrew Neil reveals why he quit GB News | GB News

Apple threatened to remove Facebook from the App Store in 2019 over human trafficking, report claims

Church gets glimpse of history with time capsule

How to use iPhone’s location tracking