I’ve been reviewing electric bikes for a few years but until now had not had the chance to test out a VanMoof. I’d heard of their quirky design and good reputation, so when offered a ride on a pre-production S3, I wasn’t going to say no.

When you see the S3 and X3 pictured together it’s easy to miss the fact that the latter is actually a compact version with 24in wheels. The S3’s wheels are four inches larger, and it weighs 19kg. 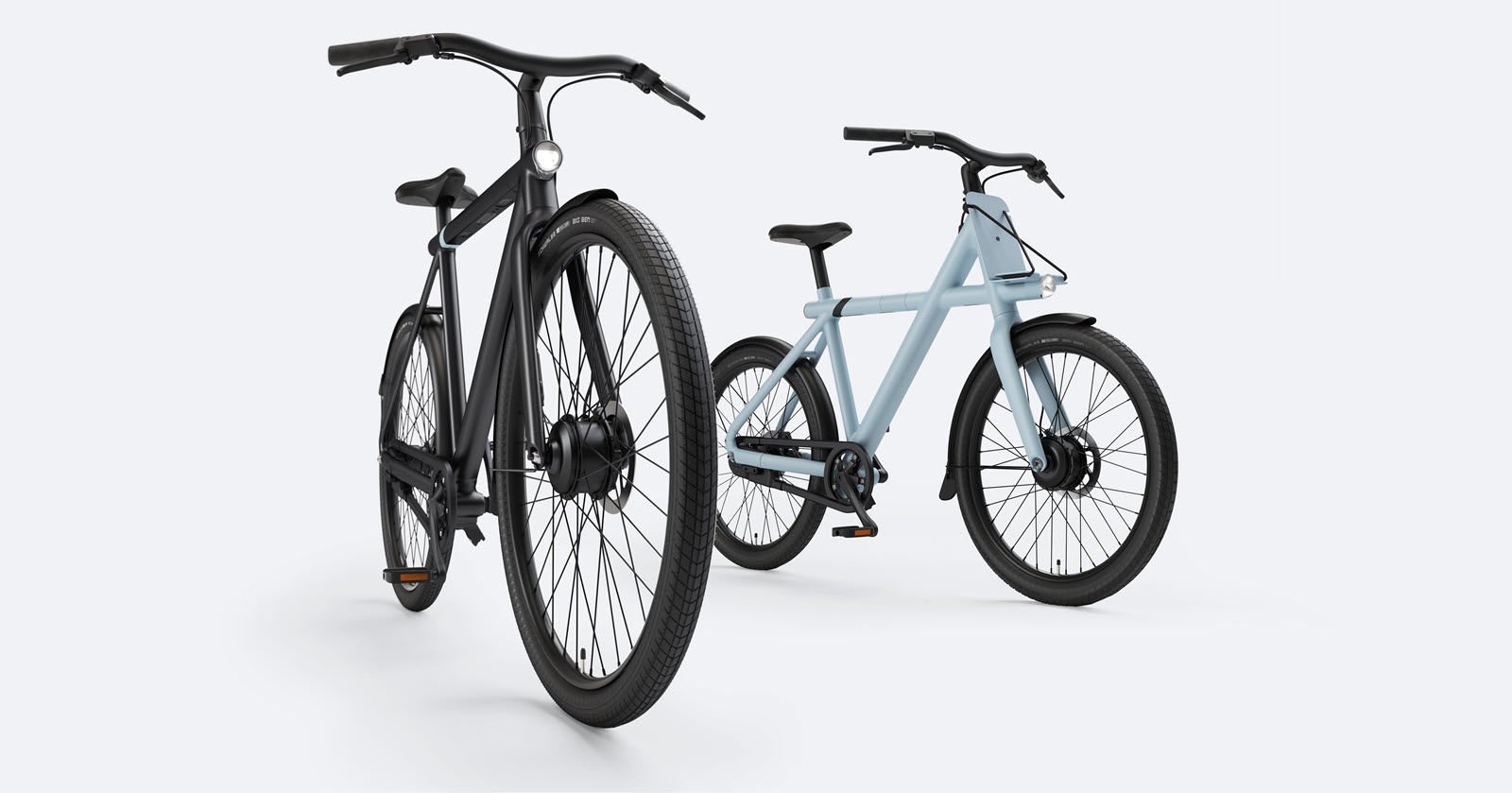 Anyway, let’s get the bad stuff out of the way first. You can’t remove the battery for charging, so you’ll have to run an extension cable to where you keep your bike, or you’ll have to take the bike into your home. And lugging it up a flight of stairs is difficult if you’re not Vin Diesel.

Also, the nifty tech employed by the S3 is almost all proprietary to VanMoof. And it includes a four-speed electronic shifter which, along with the other components – isn’t the sort of thing your local bike shop is going to be able to fix. That means you’ll need to take it to one of VanMoof’s shop / service centres which are located in Amsterdam, Berlin, London, New York, Paris, San Francisco, Seattle, Taipei and Tokyo. Either that or ship the bike back in its cardboard box. Not ideal.

Finally, there’s the design itself. Obviously this is down to personal preference, but I am not a the biggest fan, nor would I choose the stark matt black finish over the lighter, gloss option. A brief poll of my colleagues and friends revealed I wasn’t alone in this opinion, and only one person out of a dozen said they definitely liked it. One even said, “It looks like something a Nazi would ride”. Harsh. 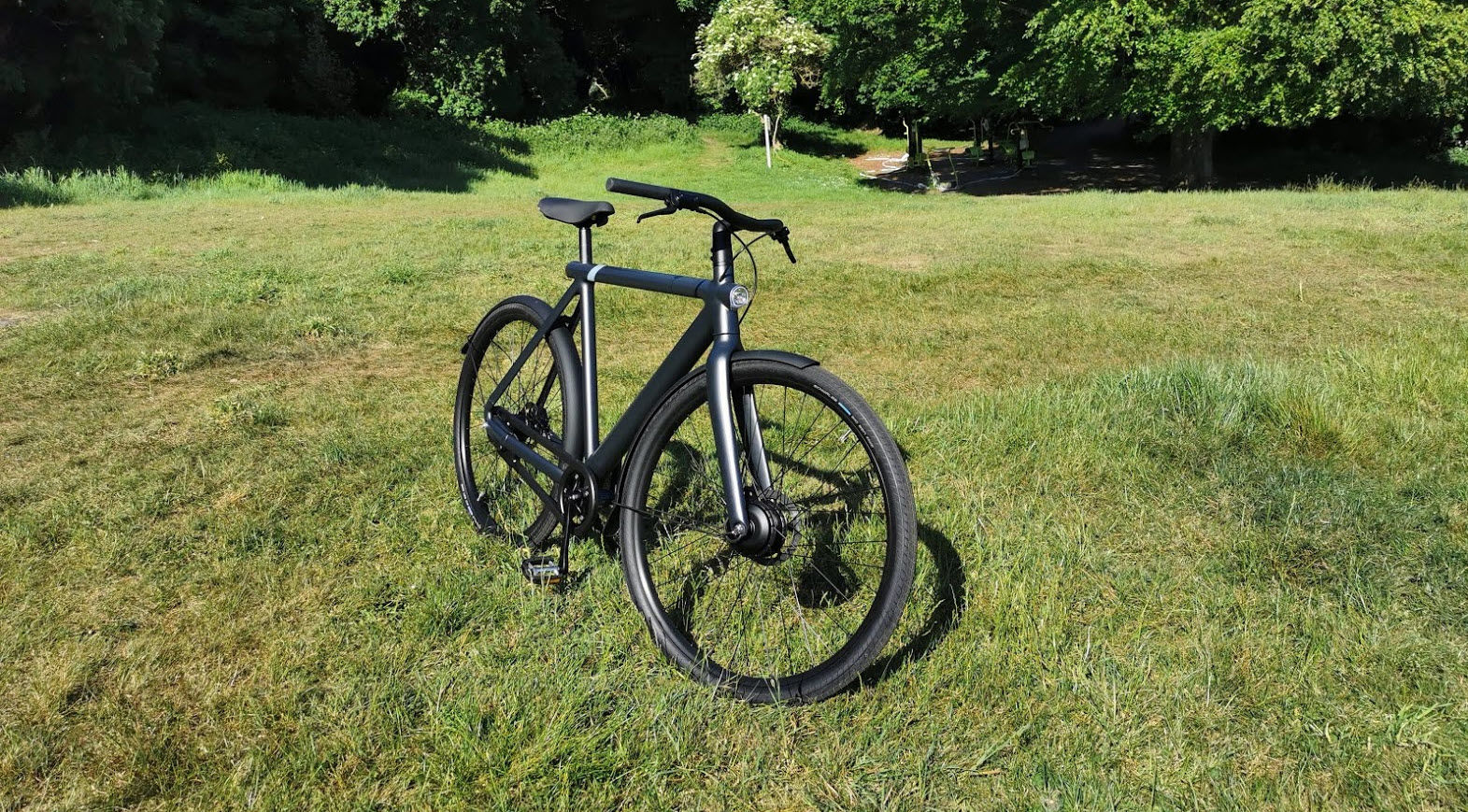 Aesthetics aside, there are some undoubtedly excellent design features such as the integrated LED lights, the hidden battery (which is in the frame) and the completely covered self-tensioning chain, which keeps dirt out, and stops oil getting on you, too.

There’s also an integrated kick-lock which immobilises the bike and activates the built-in alarm and tracker. While there’s an app, you don’t need it to unlock the bike and ride it as you can enter the security code using the horn button on the handlebar. 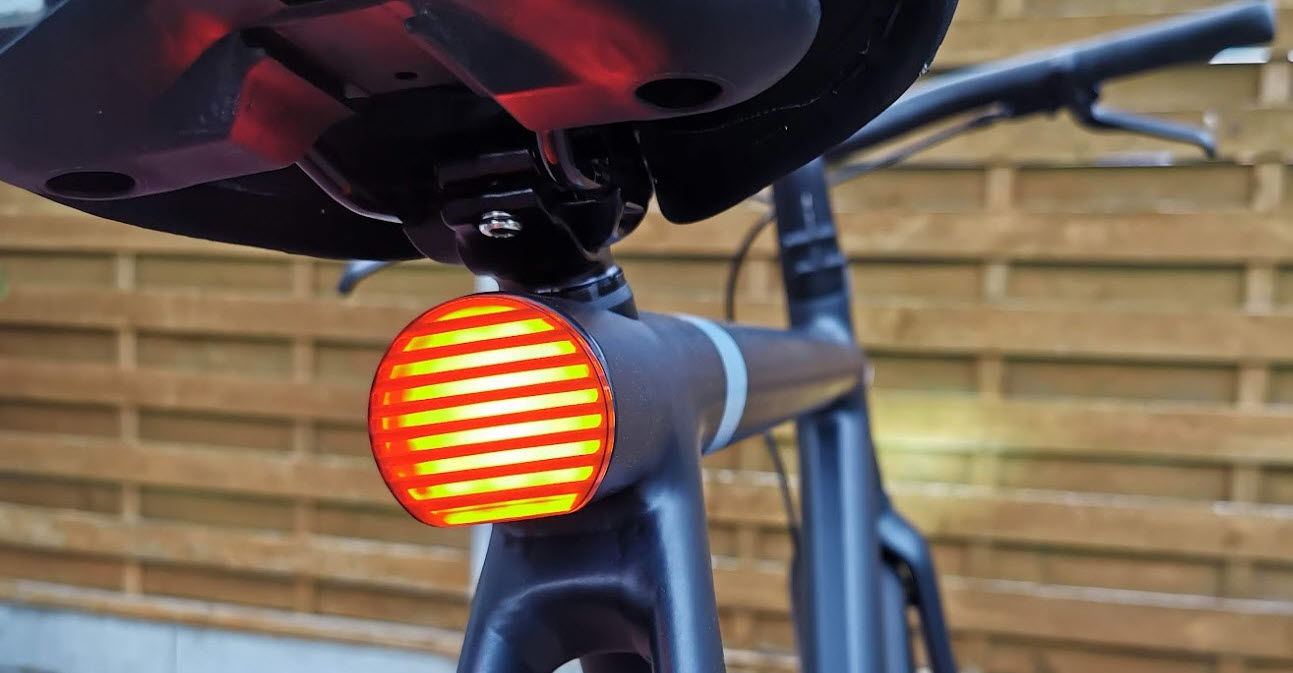 Plus, almost all cables are hidden – only those for the hydraulic disc brakes are visible in a couple of places, making the S3 look a lot sleeker than many e-bikes.

Finally there’s the built-in display in the top tube. A matrix of LEDs shows remaining battery power, speed and which gear you’re in, though it can be hard to see on sunny days. 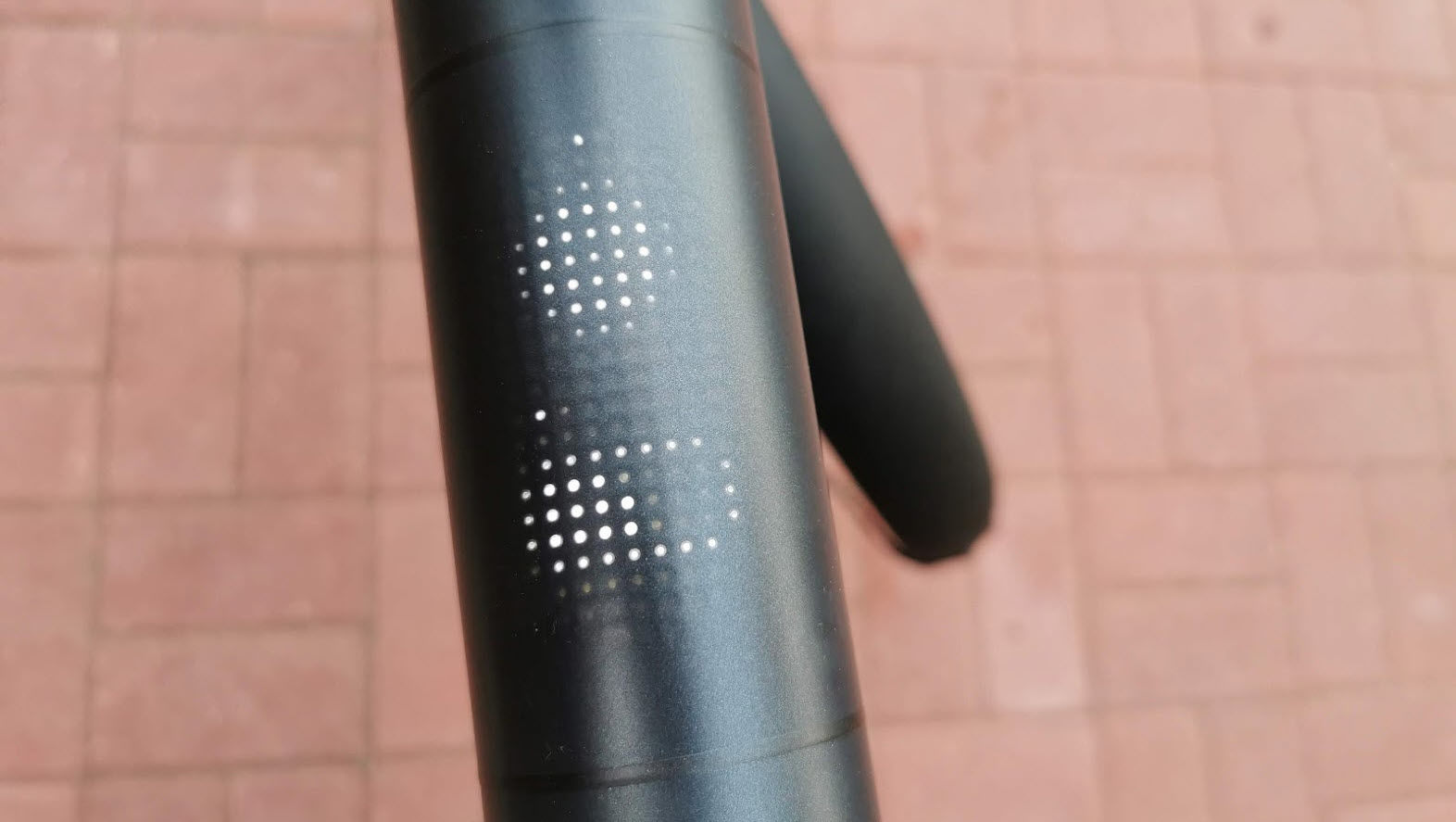 VanMoof couldn’t put a throttle on the S3 (or X3) as this isn’t legal in Europe and other countries, but instead, there’s a brilliant Boost button, which mirrors the horn button, giving a nice symmetry to the ‘cockpit’. 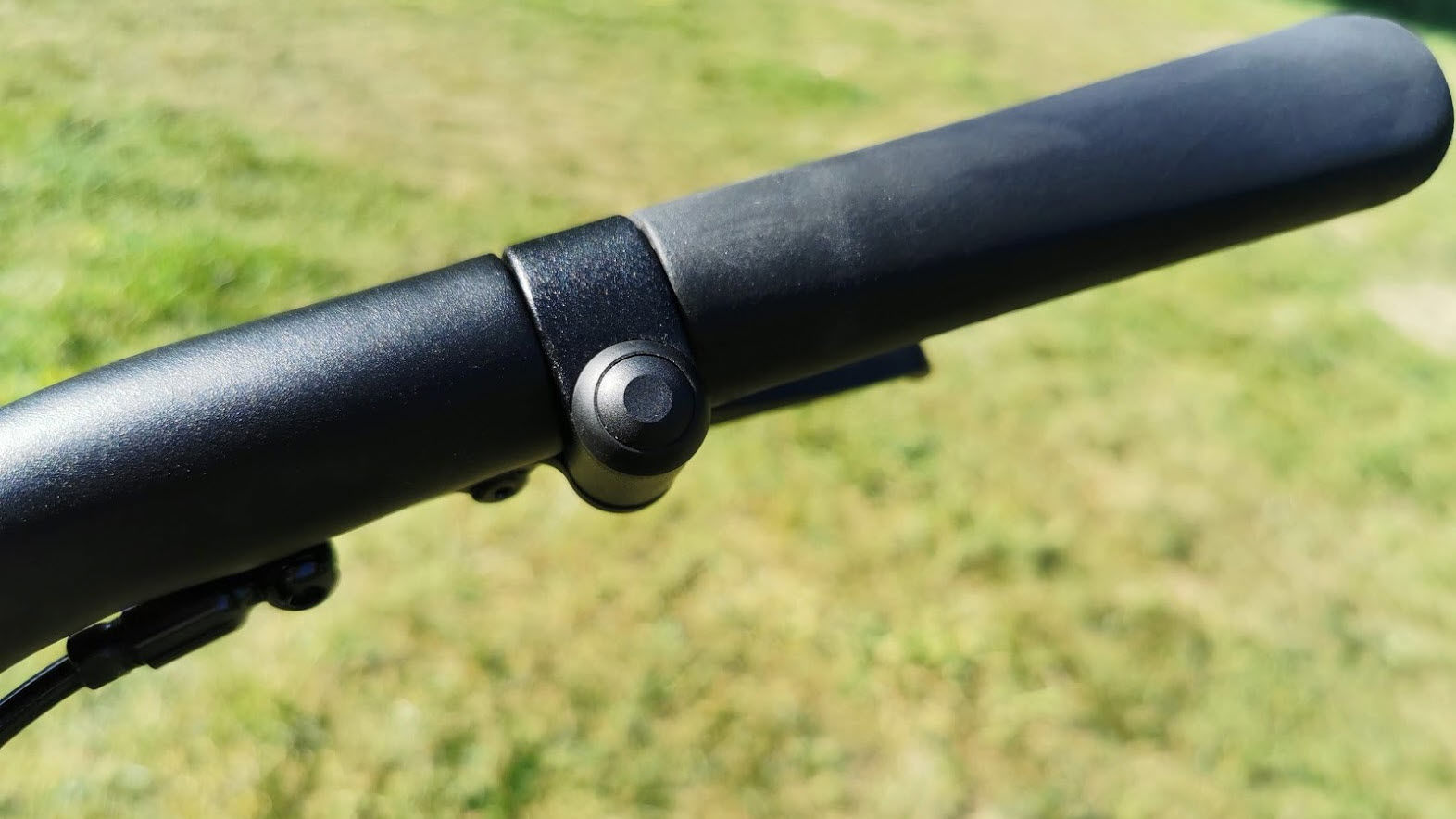 As long as you’re pedalling, pressing the button gives you full motor power. And in my experience of riding the S3, it’s something you’ll probably hold down for the duration of each and every ride.

Put simply, it makes it far easier to pull away quickly from traffic lights and turns hills into flat roads. Without it, you have to put in a lot more effort – but it’s worth noting that when you are cycling on level roads, you will get the same feeling of the very torquey motor pulling you along.

Pulling because the motor is in the front wheel, not the rear. This isn’t a disadvantage except in rare situations where there’s little grip and a relatively steep incline – I did notice a bit of wheelspin when using the Boost button. But it’s a minor point: you wouldn’t know which wheel the motor was in the vast majority of the time. 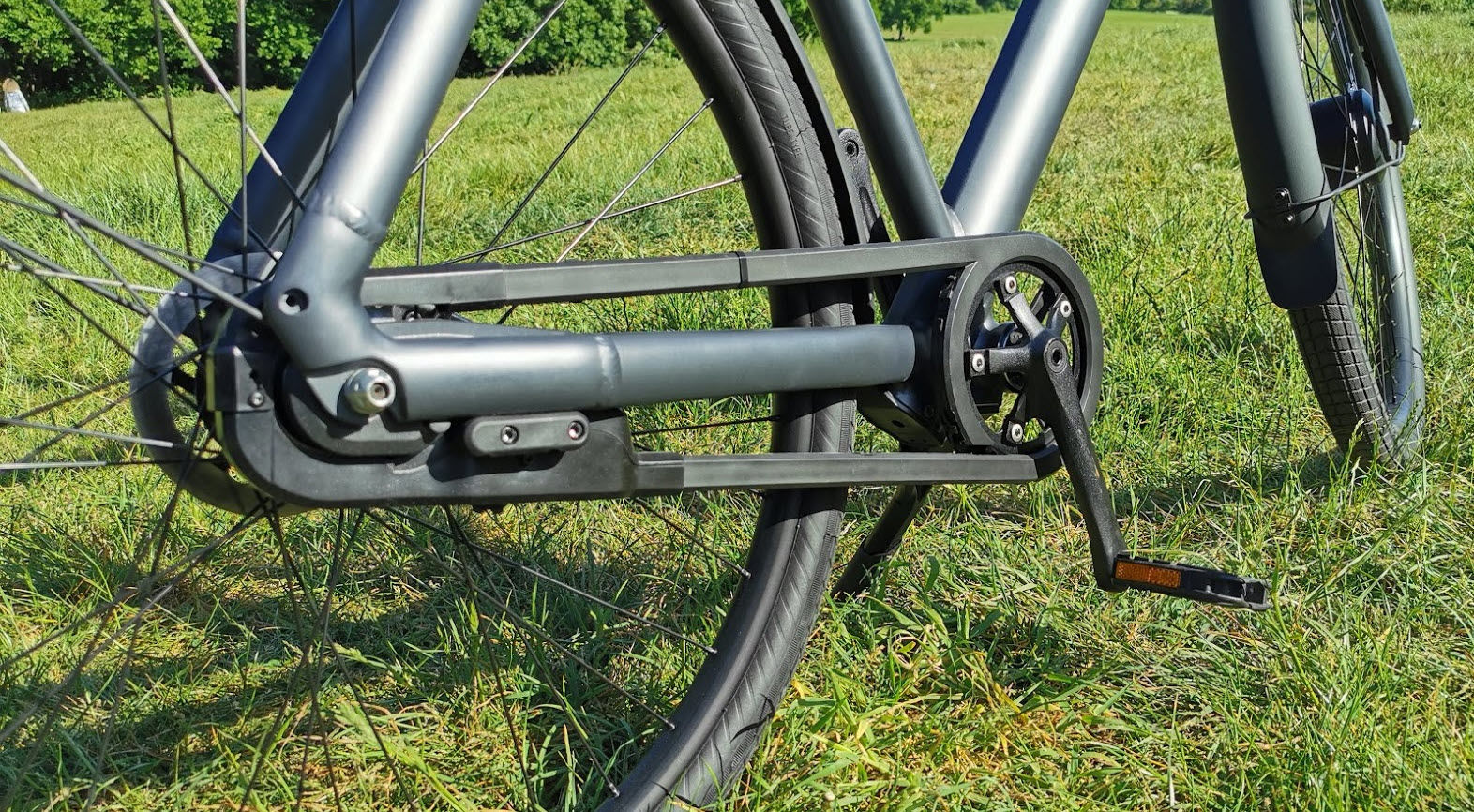 The e-shifter, as VanMoof calls it, is fantastic. It feels like a Sturmey-Archer, but upshifts and downshifts automatically – and quietly. If you don’t like when it shifts, you can adjust this via the VanMoof app (within limits). Aside from the fact you don’t have to remember to change into a lower gear when you come to a stop, the beauty is that you don’t have to take pressure off the pedals: you just cycle as normal.

Range is a claimed 60-150km, but you’re unlikely to get anywhere near that top figure if you use the Boost button. And given the weight of the bike, you’ll probably want all of the motor’s power to get you going.

Riding is possible when the battery is flat, but it’s hard work compared to when you have electric assistance. Fortunately, power is kept in reserve for the lights and – crucially – the e-shifter in order to get you home.

When you park up, you literally kick the little silver bolt which slides into a locking ring and stops the wheel from turning. If someone tries to move the bike when locked, the alarm will get progressively louder, the lights will flash and eventually report its location to both VanMoof and you, via the app.

You can also pay £270 / $290 / €290 for three years of  VanMoof’s theft recovery service (that’s also the length of the warranty, which is longer than most). If your bike is stolen and can’t be recovered by the ‘Bike Hunters’ then the company will replace it with one of a similar or better age and condition.

It comes with a toolkit – only basic assembly is required out of the box – and spacers which allow you to raise the handlebar height without removing it. There’s also a footpump and stand, to aid assembly, and an kickstand fitted to the bike itself. Front and rear mudguards are standard and you can add front and rear carriers (panniers) for £90 and £55 respectively. 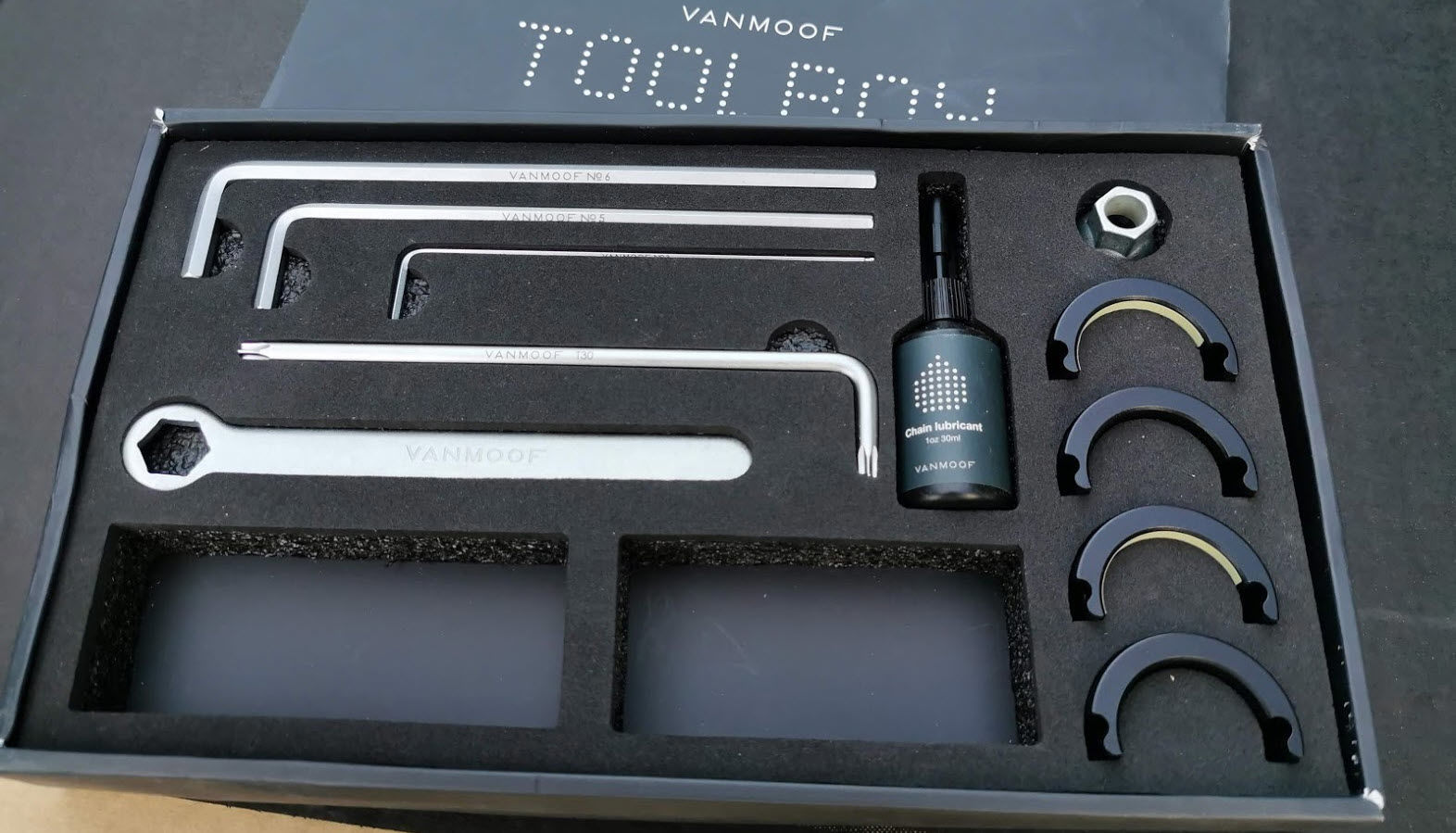 Delivery isn’t free, and don’t expect to get your bike before the end of September – that’s a four-month wait at time of review.

There’s a 14-day money-back guarantee, so you can return the bike if you don’t like it. If you don’t fancy waiting four months for a test ride, you can head to a VanMoof store instead and try one.

For alternatives, see our roundup of the best electric bikes.

Had the S3 cost the same as its predecessor, it would have been easy to say it’s a great electric bike, but it’s a bit too expensive for most people.

At the new, lower price that’s over £1000 / $1000 cheaper, it’s much better value, and could force competitors – such as Cowboy – to adjust their prices as they no longer offer as much as the S3 for similar money.

Also, remember that this is designed to be a city bike: there’s no suspension and it’s not for off-road use. It loves smooth asphalt, so avoid all potholes and cobbled streets. If you’re planning to commute to the office or you just want an electric bike to get around town instead of using your car, then it really is an excellent option. 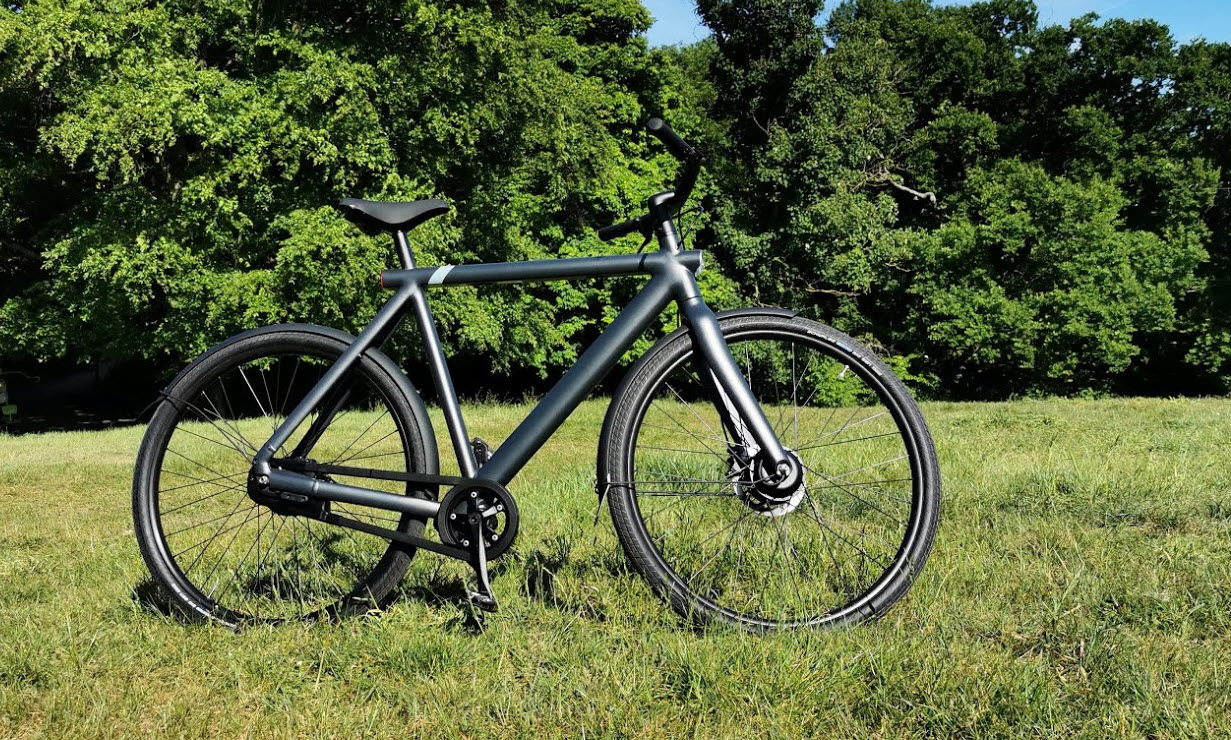 READ  Why it’s too early to start giving out “immunity passports”
Tags:

Amid the COVID-19 crisis and the looming economic recession, the ID Card Printers market worldwide will grow by a projected US$1.3 Billion, during the...

Uniqlo mask: how customers made it happen

The Week It Went South for Trump