Techregister Logo
Techregister > Gaming > Valheim is Steam’s hottest new PC game, and it struck like a bolt from the blue
Gaming

Valheim is Steam’s hottest new PC game, and it struck like a bolt from the blue


The other day, I saw a game named Valheim atop the Steam Early Access sales charts, with overwhelmingly positive reviews. Polygon seemed to like the $20 Viking-themed survival game, and I thought friends might like it too. I wasn’t ready to commit quite yet — I waffled a while before giving it a go. Know who bought it while I was making up my mind? One million other people.

On February 10th, just eight days after launch, indie developer Iron Gate announced that Valheim had already sold one million copies. Five days after that, Valheim reached two million sales. Here are a few other facts you might like to know:

As PC Gamer points out, Valheim’s trajectory is unlike anything we’ve seen before.

The closest parallel is perhaps PlayerUnknown’s Battlegrounds — which similarly came out of Steam Early Access, sold oodles of copies during Steam sales (also without being on sale), set a record for the Steam game with the most simultaneous players (3.2 million) that still stands today, and kicked off the entire battle royale genre that spawned today’s Fortnite, Apex Legends, Call of Duty: Warzone and more. But even PUBG took months to reach the kind of numbers that Valheim already has now, and that was with a genre-defining, action-packed, nailbiting, streamer-friendly game that makes for a delightfully tense watch.

Valheim, by comparison, is slow and methodical. It’s part of an established genre of survival games where you scavenge and harvest, chop and dig, hunt and skin, then build better tools to do it all more efficiently over and over again. Only here you’re also a badass Viking who can (eventually) build fortresses and ships, you’re hunting down gods for sport, and you’re exploring a gobsmackingly gigantic map filled with idyllic scenery, charming music, a touch of lived-in mystery, and some enemies that stomp me convincingly enough I get a slight Dark Souls vibe out of it. Oh, and when you cut down trees, they fall and hit other things (like you) for massive damage! That’s never going to get old.

As Cass at Polygon points out, it’s also incredibly accessible and easy to learn — I’d convinced myself that I disliked survival games due to their typically rigid mechanics, but in Valheim everything seems to make sense without thinking too hard. I don’t need to spend ages punching trees to build some basic tools, there’s no need to acquire blueprints (recipes unlock as soon as you find new materials), and I don’t have to painstakingly plan how I want my house to look before I start building. You can instantly demolish a portion of a structure and refund your materials if it’s not quite right.

In fact, building is fast enough I’m starting to build temporary forward operating bases before I venture into each new area, like the tiny fort below that took all of five minutes and I’ve since expanded twice.

I’ve no telling how long the magic will last for me, or for the game’s two million players and counting, of course. It’s been all downhill for Among Us on PC, which currently only attracts 1/10th of its peak player count of 438,000 last September (though it could still be wildly popular on mobile).

But I imagine word-of-mouth may keep Valheim going for a while. I can’t wait to try the game’s two- to ten-player co-op mode with my circle of friends, and that means more copies in the wild.

If Valheim does have staying power, expect to hear this game’s name on a lot of lips in the months to come. If history’s any indication, we’ll soon see a rush of knockoffs, fake-outs, and attempts to make other games play more like it, and there may be a lot of pressure on Iron Gate to port the PC-only game to consoles and phones as well.

READ  Naughty Dog explains The Last of Us Part II’s ambitious accessibility features
Share on FacebookShare on TwitterShare on LinkedInShare on Reddit
techregisterFebruary 17, 2021 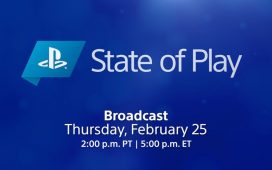 Next PS5 State of Play showcase is happening on February 25 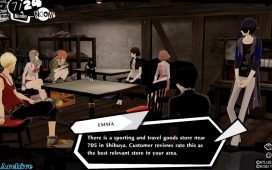 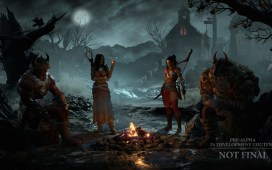 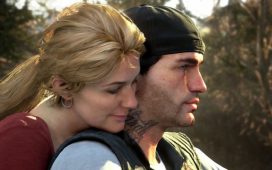 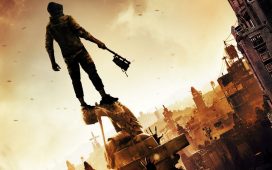