Vaccine mandate news: Near two-week wait likely for free Covid tests in US 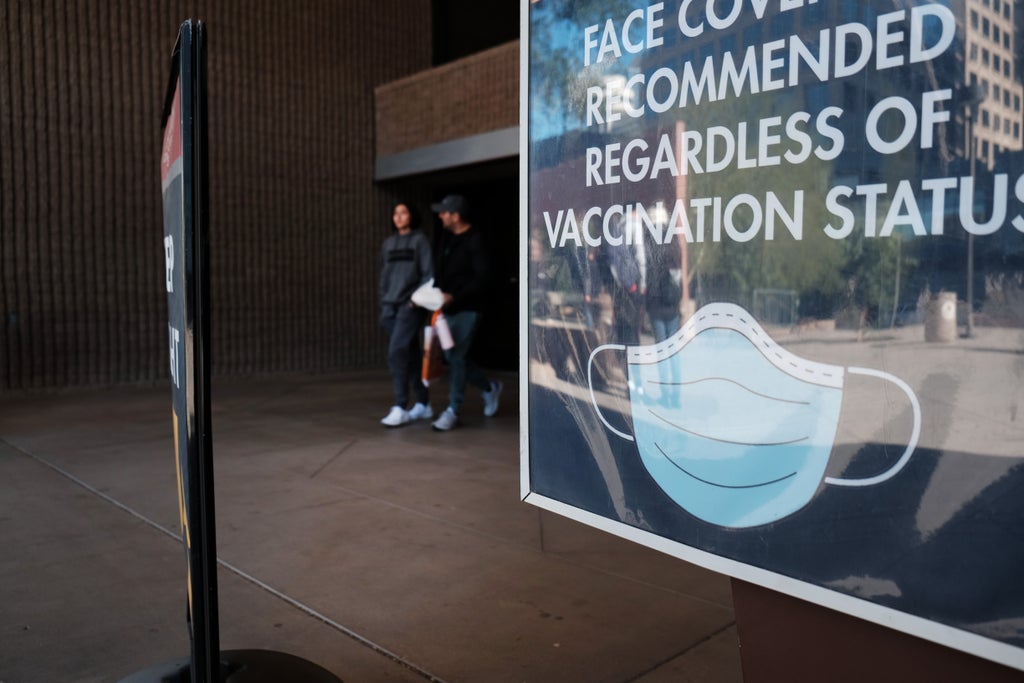 The US Supreme Court has tossed out a Biden administration vaccine mandate that would have required 80 million workers to either get vaccinated against Covid-19 or submit to regular testing.

In a blow to the president’s push to get more Americans vaccinated, the ruling comes as health experts believe that the US may be approaching the peak of the latest wave of Covid brought on by the highly contagious Omicron variant.

Meanwhile, a number of Republican politicians have vowed that they will defy Washington, DC’s own proposed vaccination mandate for businesses.

The mandate, which was announced by Mayor Muriel Bowser in December, requires many establishments — from gyms and theatres to bars and restaurants — to require that patrons over the age of 12 show proof of vaccination before entering. Such requirements have been adopted in several cities across the US.

Last month, New York City became the first municipality in the US to extend its vaccine requirements to all employees within the private sector.

The Biden administration also will begin offering up to four free at-home rapid tests for Covid-19 next week through a website portal, to be delivered within seven to 12 days. The move comes as the administration expands free testing options and mandates that private insurance companies cover their costs.

How does the cost of rapid testing in the US compare to other countries?

The federal government also plans to launch a website next week for Americans to order such tests to be delivered to their homes at no cost.

Those moves follow a plan to require private health insurance providers to cover the costs of up to eight over-the-counter tests per month.

At-home tests can be relatively expensive – tests can range from $10 to $35 – with out-of-pocket costs quickly adding up for families or people who require results for work and other activities.

See also  Billionaire Roy’s Club: Succession makes being rich look ridiculous – and we love them for it

And they can also be free, depending on demand and availability, at public health centres and other sites.

Here’s how the costs of rapid testing in the US stacks up to other countries:

Federal officials are threatening to claw back billions in coronavirus aid from Arizona, accusing the state of promoting Covid education programmes that undermine efforts to stop the spread and penalise districts that require masks or shut down in-person schooling.

Number of countries that may have seen Omicron peak grows

Johns Hopkins data shows that other countries in addition to the US and UK that were hit hard by the sudden wave of the highly transmissible Covid-19 Omicron variant may also be turning the corner.

Ireland, Denmark, Iceland, Italy, and Canada appear to have also seen the peak of case numbers according to their seven-day rolling averages.

Canada demanding US truckers are vaccinated

Canada plans to start turning away unvaccinated US truckers at the border this weekend, a move that threatens to upend the flow of everything from food to auto parts to building supplies between two of the world’s largest trading partners.

Only 50 per cent to 60 per cent of US truckers are vaccinated, according to an estimate from the American Trucking Associations. The rules will make thousands of drivers ineligible for cross-border shipments, exacerbating a shortage at a time when the transportation industry is already strained.

Shipping will get disrupted in both directions, as the US is set to impose its own vaccine mandate on foreign travelers on January 22. In Ottawa, Prime Minister Justin Trudeau’s government confirmed Thursday that truck drivers from Canada will be affected as well — forced into quarantine if they try to re-enter their own country and can’t show proof of vaccination.

Mr DeSantis criticised them during an appearance on the conservative podcast Ruthless on Friday.

“So here’s what’s going on, think about how insane this is,” Mr DeSantis continued. “Now, in Florida, we protected the nurses, so we have people that are working. But in other states, they fired nurses who were not vaccinated.”

He said that in some hospitals in states where this was not the case they had allowed vaccinated but Covid-positive employees back to work as they were so short-staffed.

“So they have Covid-positive people back on, meanwhile the unvaccinated, likely immune through prior infection, healthy nurses are on the sidelines fired,” the governor said, again calling the policies insane.

“Roberts and Kavanaugh did not have a backbone on that decision,” he added. “That’s just the bottom line.”

The governor said he would continue to protect the right of unvaccinated medical staff to work.

‘Stunningly high’ 29 per cent positivity rate in US

Former CDC director Tom Frieden calls the current 29 per cent positivity rate in the US stunningly high and notes that many infections are being missed.

General Electric Co on Friday said it has suspended Covid-19 vaccine or test requirement for employees after the Supreme Court’s ruling.

The court on Thursday blocked President Joe Biden’s Covid-19 vaccination-or-testing mandate for large businesses — a policy the conservative justices deemed an improper imposition on the lives and health of many Americans — while endorsing a separate federal vaccine requirement for healthcare facilities.

Firms may still impose their own vaccination or testing requirements and the justice’s decision does not impact their ability to do so.

The Biden administration said it will continue to encourage this type of privately mandated measure.

With reporting from Reuters

How to spot a fake KN95 mask

Jade Bremner explains how to spot a counterfeit KN95 mask.

Republican representative Thomas Massie of Kentucky is being mocked for his stand against take-out food from DC restaurants that require proof of vaccination to enter.

He tweeted: “The DC vaccine mandate kicks in this weekend. My office will not comply. We will not show papers. We will not order takeout from restaurants that require papers for dine in. We will get our food from Virginia or we will bring it to work. Shame has befallen our nation’s capital.”

California Democrat Eric Swalwell responded: “I never thought I’d serve with a braver colleague than John Lewis. Then Thomas Massie stood up and refused to order takeout from DC. Fight on, Thomas! We shall overcome!”

Journalist Aaron Rupar similarly said: “Previous generations of great Americans held the line at Gettysburg or stormed the beaches at Normandy. Rep. Massie gets Five Guys from Virginia instead of DC. What heroism.”

The veteran virologist said during a Senate hearing this week: “I don’t understand why you’re asking me that question. My financial disclosure is public knowledge and has been so for the last 37 years or so – 35 years that I’ve been director.” 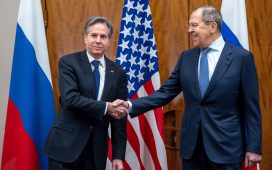 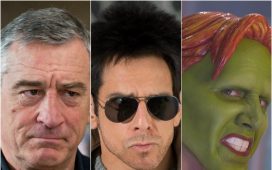 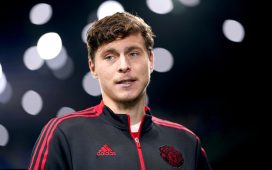 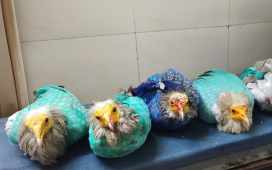 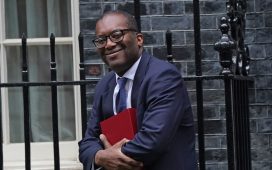 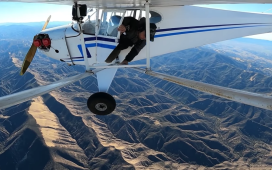