UK retailers enjoyed little respite from the prolonged coronavirus gloom over the Christmas period while the broader consumer sector was hit by the cancellation of festive plans and tighter restrictions on the hospitality sector, the latest data show.

Retail sales over a five-week period from late November to early January were 1.8 per cent higher than a year earlier, according to figures compiled by the British Retail Consortium in association with the consultancy KPMG.

The figures suggest that the surge in online shopping, and the initial reopening of non-essential stores after November’s lockdowns, did not boost sales enough to offset the impact of renewed restrictions from the middle of December across many parts of England.

Although sales growth picked up from November’s near-stagnation, it remained well below the rate in October, and left retail sales for the year as a whole 0.3 per cent below 2019 levels — the worst performance in the 25 years for which the BRC has kept records.

The timing of the new lockdown measures — with stores shuttered in London and parts of south-east England in the crucial run-up to Christmas — deepened the divergence between the worst-hit parts of the high street and those parts of the retail sector in which demand increased after stay-at-home orders.

In-store sales of non-food items were almost 25 per cent below last year’s level in the three months to December, with the biggest declines in footwear, health and beauty and clothing. Total food sales were 7.3 per cent higher year-on-year over the same period, taking 12-month average growth to 5.4 per cent.

READ  Coronavirus: ‘The nursery I run may not survive’

“Christmas offered little respite . . . as many shops were forced to shut during the peak trading period,” said Helen Dickinson, the BRC’s chief executive, adding that “this led to a rise in food-based gifts as many shoppers bought what they could from the shops that were still open”.

The BRC’s findings were reinforced by consumer spending data tracked by Barclaycard, which the payment company says reflects almost half of UK card transactions.

Barclaycard said consumer spending fell 2.3 per cent year-on-year in December — the weakest it had been since June — reflecting the tightening of restrictions on hospitality as well as retail.

Spending on fuel was more than 20 per cent lower year-on-year, because many people cancelled plans to visit family over Christmas, while spending at bars and pubs was down 71 per cent. 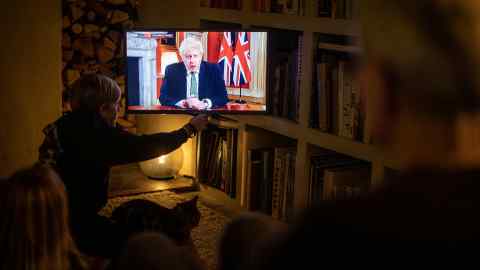 Barclaycard said online sales had accounted for almost half of all retail spending in December, boosted by strong growth in spending on takeaway meals and digital content and subscriptions.

However, specialist retailers such as butchers, bakeries and off-licences also recorded very strong growth, reflecting the shift in footfall from city centres to local areas.

Barclaycard said people’s confidence in their own financial situation had improved, with almost a quarter more willing to spend on non-essential items, many of them because they had saved more than usual in recent months.

But Silvana Tenreyro, a Bank of England policymaker, warned in a speech on Monday that people would not necessarily rush to spend their pent-up savings once sectors such as hospitality reopened, because “consuming many of these services takes time” and there would also be heightened uncertainty over jobs and earnings.

READ  Fight against smog may be obscuring this year's data

“For now, the reality of lockdown life remains, and it’s once more a hugely challenging time for high street retailers as well as the hospitality, leisure and travel industries,” said Raheel Ahmed, head of consumer products at Barclaycard. 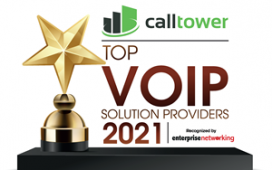 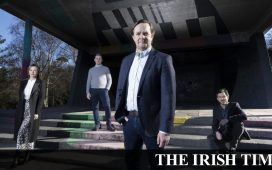 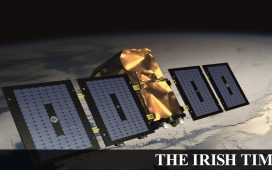