Traders work on the floor of the New York Stock Exchange.

U.S. stock futures dipped on Tuesday night as Wall Street kept an eye on two runoff elections in Georgia that will determine control of the Senate.

Republican Senators Kelly Loeffler and David Perdue are facing Democratic challengers Rev. Raphael Warnock and Jon Ossoff, respectively. If both Democrats win, that would make a 50-50 tie in the upper chamber, with Vice President-elect Kamala Harris as the tiebreaker vote to give the party control of the Senate. Both races were too close to call, according to NBC News.

Some on Wall Street fear that a Democrat-controlled Senate could lead to higher corporate taxes and tougher regulations on companies, which could weigh on the broader market. However, this outcome could also facilitate the passing of additional fiscal stimulus, which could give a boost to companies hit hardest by the coronavirus pandemic.

“Investors may begin to price in the prospect of higher taxes and tighter regulation, which will slow economic and corporate profit growth,” said Phil Orlando of Federated Hermes. Orlando expects a pullback in stocks in a “knee-jerk reaction lower” if Democrats win.

Oppenheimer’s John Stoltzfus said in a note Monday that the S&P 500 could suffer a 10% correction if both Democratic candidates win the runoff elections.

But Mark Haefele, CIO at UBS Global Wealth Management, thinks ultra-progressive legislation being pushed through is not a guarantee even if the Democratic candidates win the runoffs.

“The best the Democrats can do is a 50-50 split in the Senate, and their caucus includes some moderates who would not necessarily vote for all of Biden’s policy proposals,” said Haefele in a note. “Another point to consider is that there will be a midterm election in 2022, and the sitting president’s party typically loses seats in Congress.”

“Democrats will have to fear that if they are too aggressive in forcing their agenda through Congress on a strictly partisan basis, they could potentially lose their majorities in both houses,” he said.

Wall Street was coming off a solid session on Tuesday, in which the major averages clawed back some of their steep losses from the year’s first trading day on Monday.

The Dow rose 167 points, or 0.6%, on Tuesday. The S&P 500 and Nasdaq Composite advanced 0.7% and nearly 1%, respectively. Those gains came as traders made bets on the global economy recovering, driving crude prices and energy names higher.

“Oil is a function of the rest of the world recovering and a look to where we’re going,” Tim Seymour, founder and CIO of Seymour Asset Management, told CNBC’s “Fast Money.” “We’ve moved into some of these names that were long-term underperformers. That’s the bigger part of this story.” 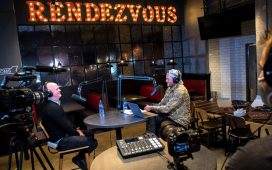 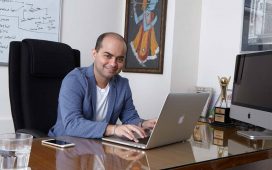 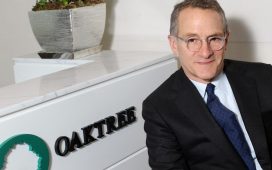