In a rare moment, a couple from Oregon, US was left stunned after their pet cat gave birth to a two-faced kitten along with five others. The adorable feline, named Biscuits and Gravy, was born with a rare condition accounting for its two mouths, four eyes and two mouths. Since initially posted, the photographs and video of the adorable kitten have taken the internet by storm. The little feline also has an Instagram page which has over 8,552 followers currently.

The baby feline’s condition is not unheard of. According to reports, cats with this rare condition have been called Janus. They are named after the Roman God by the same name who was said to have the ability to look to the past with one head and into the future with the other.

Concerned comments also flooded the page, after its owner posted that the rare kitten was a bit ‘lethargic’ with many praying for its long life. One wrote, “Yes, prayers for him. Set up a web page so we can follow his life” while another wrote, Amazing, glad u are caring for him. I am surprised he has lived thus far. Best of luck” 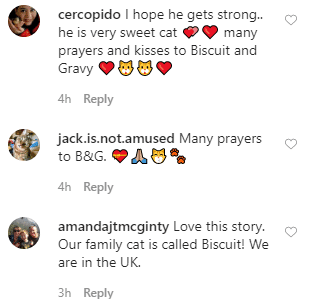 In a similar incident, a puppy named Narwhal who was rescued by the founder of the Missouri organization has now been adopted by her. The rescued puppy has a surprising physical feature with a tail on his forehead which makes him extra special. The 10-week old puppy who has a small tail-like growth on his forehead was adopted by Rochelle Steffen, the founder of Mac’s Mission. It is a non-profit dog rescue organization that helps puppies with special needs.

App Clips in iOS 14: You can stop downloading iPhone apps you only use once

Rajasthan: One school in each panchayat to get internet | Jaipur News

Goodbye to the Wild Wild Web

How to create your own Facebook Avatar; now available in India