After the steep sell-off in tech stocks this year, Wall Street has been braced for signs that surging inflation and higher interest rates are starting to eat into demand for the sector’s products and services. Twitter and Snap may just have provided some of the first evidence that that moment has arrived.

Weak earnings reports from the social media companies delivered a one-two punch that reverberated through the digital advertising sector on Friday. With Facebook’s parent, Meta, already facing what could be its first-ever revenue decline when it reports quarterly earnings on Wednesday, the news fed fears that a wider economic slowdown is starting to bite.

Digital advertising often acts as a leading indicator of the online economy, making it the “canary in the coal mine” for the entire consumer internet sector, said Brent Thill, an analyst at Jefferies.

Snap’s earnings disappointment, which came late on Thursday, was the second time in two months that the maker of disappearing message app Snapchat had sent the digital ads sector into a tailspin. Its stock price tumbled 43 per cent in May when it first slashed guidance for the quarter. After clawing back some of that lost ground, the shares crashed again on Friday, dropping 39 per cent. 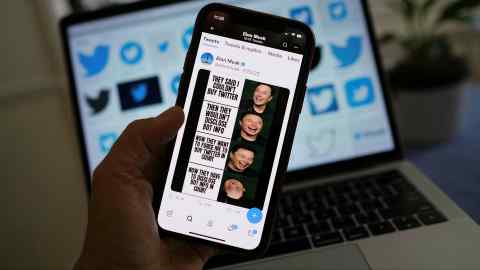 The sheer speed and scale of the deterioration in Snap’s business shocked analysts. Even though the company is facing problems of its own, its troubles show that economic weakness is starting to eat into the broader advertising sector.

Even more worrying, according to several analysts, was the news that Snap has so far seen no growth in the current quarter. Wall Street had pencilled in a 18 per cent expansion for the period.

Advertising at Twitter, meanwhile, contracted 1 per cent from a year before, in contrast to the 11 per cent growth that analysts had been expecting.

Following the Snap shock that came hours before, and in the face of the turmoil caused by Elon Musk’s aborted takeover bid, the Twitter disappointment caused less surprise, though it underlined the wider slowdown.

Shares in Meta fell nearly 8 per cent in response, while Alphabet, parent of Google, dropped 6 per cent. Twitter’s share price, by contrast, edged up slightly, reflecting a continued belief on Wall Street that his merger contract with the company will either force Musk to go through with the acquisition or pay a sizeable settlement.

As well as the darkening economic outlook, a number of other factors have hit both individual companies and the wider social media sector as a whole. For the social media sector at large, “a quite unprecedented number of things” have combined to dent growth, said Jasmine Enberg, an analyst at Insider Intelligence.

They include privacy changes introduced by Apple last year, which have limited the data that apps running on its gadgets can collect to target their advertising.

Shifts in consumer behaviour have also added to the business uncertainty, Enberg added, caused in particular by the rise of TikTok, which has come from nowhere to command a large slice of the social media audience.

But it was the gathering evidence of economic weakness which accounted for the chill that spread across the entire digital ads sector on Friday.

Snap pointed in particular to a combination of rising inflation and supply chain pressures — worsened by the war in Ukraine — that it said had greatly added to advertisers’ costs. That, in turn, had led them to cut back on advertising in the face of weakening profit margins. It also blamed rising interest rates, which it said had left some of its advertisers facing a higher cost of capital that had also led them to pull back.

Some analysts predicted that, while these pressures were likely to be felt by others in the online media industry, they would be more muted at bigger companies like Meta and Alphabet, parent of Google.

Snap’s advertisers, for instance, are thought to include an unusually large number of start-ups in areas like cryptocurrencies and online broking, which rely on venture capital funding to keep them afloat. That makes the pullback an echo of the dotcom crash of two decades ago, when a venture capital contraction hit advertising by start-ups.

Another difference, according to Thill, is that many of Snap’s advertisers are only just starting to experiment with its advertising, making this an easy place to cut. With Snap and Twitter each accounting for a small slice of the online advertising market, they are also likely to suffer disproportionately as advertisers consolidate their spending on fewer, larger platforms, Enberg added.

Google’s search advertising is expected to be a relative bright spot, though the company still faces a difficult comparison with a year ago, when revenue bounced back 62 per cent from the pandemic slowdown.

When Alphabet reports second-quarter earnings on Tuesday, Wall Street is expecting a deceleration in revenue growth to 12 per cent, down from the 23 per cent growth of the first quarter.

For Meta, meanwhile, a number of factors, including competition from TikTok and the lower level of advertising generated by it Reels feature, had already left many analysts predicting that revenue in the latest quarter would, at best, only match the year before. With Facebook’s parent heavily dependent on advertising from small and medium-sized businesses, it could face particular pressure in a downturn, said Enberg.

The evidence that spending on digital advertising can swing so sharply has sent a chill through the entire sector. The online auctions that companies like Snap use to sell advertising are designed to make it simple for customers to increase spending quickly when a particular campaign proves effective. But they also make it simple to pull back. 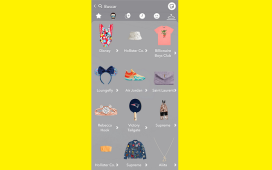