PITTSBURGH (KDKA) — U.S. Transportation Secretary Pete Buttigieg was in Philadelphia on Friday to announce a new bridge repair program that will pump millions of dollars into this area.

Pennsylvania has a huge bridge problem, with more than 3,500 bridges eligible for this federal help, more than any other state in the nation.

So maybe it’s no surprise that Buttigieg came to this state to announce a bridge repair program.

“The bridge formula program that we’re launching today is the largest dedicated highway investment since the construction of the interstate highway system itself,” said Buttigieg.

It’s money from the Bipartisan Infrastructure bill that will pump $1.6 billion for bridge repairs into this state over the next five years. Buttigieg said the money is needed, especially in Pittsburgh.

“In Pittsburgh when I was with the secretary and senator and others, we saw nets that hung under the McKees Rocks Bridge to catch pieces of concrete that would fall off,” noted Buttigieg.

This year alone, $327 million can be spent by PennDOT on any of the state’s poor bridges.

Delano: Can this money be used to maybe avoid those tolls in certain parts of the state?

Delano: So the bottom line is that if the state of Pennsylvania chose to use this money to repair a bridge on an interstate instead of tolling to repair it, they’re free to do so?

When asked about this, PennDOT Secretary Yassmin Gramian was not too receptive, saying federal money was still not enough and tolling frees up this money to be used to repair other bridges.

In announcing a bridge repair program in Philadelphia, Buttigieg noted the many local municipal and county bridges are the last to get repaired.

“Reflecting this administration’s commitment to regional equity, it also includes an incentive for funds to be used to repair off-system bridges, which are primarily owned by local governments and sometimes the last to see support. We see that in our rural areas and also in our biggest cities,” Buttigieg said.

In Allegheny County alone, there are dozens of county-owned bridges.

U.S. Rep. Conor Lamb, a Mt. Lebanon Democrat, authored the provision in the bill that sets aside 15 percent of the bridge repair money for county-owned and municipal-owned bridges.

“We call them off-system bridges and they’re over things like Chartiers Creek or on [Route] 51. You might drive over one, smaller areas. And the problem is they’ve been underfunded for years. They are the last thing to get money often,” says Lamb.

Lamb says that not only is money being set aside to repair these bridges, but his bill did away with the local matching dollars.

“They can fund it with 100 percent federal money. It used to be that the local town would have to put up 20 percent or 30 percent and then get matching funds from the federal government. That’s really hard. We have a lot of small towns around western Pennsylvania, and it’s hard to come up with the money.”

Lamb says PennDOT will need to set up a process quickly for local governments to apply for this 100 percent federal bridge repair money.

As for future ribbon cuttings, so popular with politicians, U.S. Sen. Bob Casey, a Democrat, reminded that President Joe Biden’s infrastructure bill was opposed by most Republican lawmakers who may now try to take credit.

“Our Pennsylvania delegation on the Democratic side was unanimous in supporting this legislation. Not so on the other side,” said Casey.

Some Republicans say the infrastructure bill was too expensive. Secretary Buttigieg said on Friday it was more expensive not to upgrade America’s infrastructure. 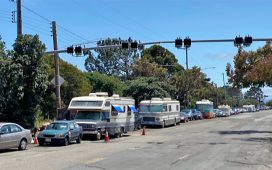 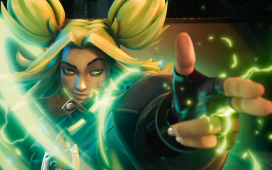 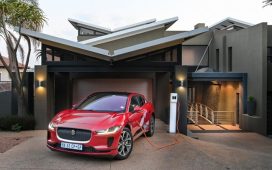 Can you undertake your driving license test in an electric vehicle in South Africa? 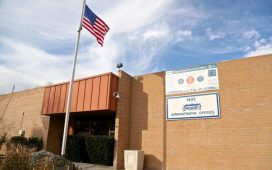