Finding storage for harvested grain in parts of Ohio has become complex due to good corn yields, terminal elevators access to move grain out via rail, and some traditional storage not being available. It is unknown when the ability to accept grain at some terminals will improve. This situation has put some farmers without storage, or storage that is full, in a difficult position to complete the 2021 harvest. Economic decisions will need to be made soon, and none are ideal.

One option may be to haul grain to alternative markets. The availability of trucking and the cost of that trucking will impact this economic decision. A spreadsheet to estimate cost per bushel of trucking is available from the University of Kentucky at https://uky.edu/bae/sites/www.uky.edu.bae/files/Grain_trucking_cost_2010_1.xls  It is recommended to check with these alternative markets before heading their direction.

What losses to expect if the grain is left in the field?

Several years ago, Peter Thomison conducted a study that evaluated the effects of four plant populations (24,000, 30,000, 36,000, and 42,000 plants per acre) and three harvest dates (early-mid Oct., Nov., and Dec.) on the agronomic performance of four hybrids differing in maturity and stalk quality. The study occurred at three locations in NW, NE, and SW Ohio over three years for a total of eight experiments. This study provides insight into yield losses and changes in grain moisture and stalk quality associated with delaying harvest. Key findings from this research are shown below.

Agronomists at the University of Wisconsin have developed a “Field Loss Calculator” Excel spreadsheet available at: http://corn.agronomy.wisc.edu/Season/DSS.aspx  that allows producers to calculate the costs of harvesting today versus allowing the crop to stand in the field and harvesting later. The spreadsheet accounts for higher drying costs versus grain losses during field drying. In addition, the tool allows the user to account for elevator discounts and grain shrink.

Identifying places around the farm for temporary new storage may be an option. The storage capacity of a building, silo, pile, or bags can be determined with a calculator provided by the University of Kentucky at https://uky.edu/bae/sites/www.uky.edu.bae/files/Grain%20storage%20capacity%20of%20various%20structures_UKY_SM_0.xls

Here are some considerations for the most likely alternatives.

Flat storage in a farm building. Grain pushing against walls of buildings not designed for grain storage will create damage, according to NDSU agricultural engineer and grain storage expert Ken Hellevang. Walls must be properly anchored. Pole barns will likely need a grain wall built. The best course of action to prevent damage is to hire a structural engineer to ensure proper support is in place. If you have previously used a barn for storage, he recommends looking over the building for signs of misalignment. These could signal damage and indicate areas where the structure may fail if loaded again with the grain.

Grain piles pose a lot of potential for loss, especially in our wet climate. The ability to use a cover will reduce loss, which can be up to 2 feet deep into the pile with a couple of 1-inch rain events. This loss can easily result in $30,000-$40,000 worth of grain with today’s current prices. The convenience of loading and unloading grain bags in the field and the low cost (6-7 cents per bushel) has made this an appealing option for some farms. Grain bags are an alternative storage method that may be more economical than constructing permanent bins. Equipment required includes a bagger and an unloader. Renting this equipment may be an option.

More detailed information on flat storage and piles can be found in Temporary Grain Storage Considerations from Purdue at https://www.extension.purdue.edu/extmedia/gq/gqtf38/gqtf-38.html

Polybags are a sound option and are frequently used for the storage of agricultural products.

These bags are thicker than a standard silage bag with a minimum thickness of 9 mils, with 9.3 mils being even better. Again, because drying and aeration are not an option once in the bags, grain should be cool and dry going in.

To store in bags, Hellevang recommends the following:

When using alternative storage, you should notify your insurance company to ensure this storage is included on your policy against losses from environmental and wildlife damage. It would be best if you also planned to move grain out of these storage situations before the weather warms in the spring to prevent condensation and moisture buildup. Finally, continually check moisture and pest infestations.

Alternative storage options are a great way to improve harvest efficiency and capture potentially higher prices after harvest. Thoroughly investigate each storage option before using it to ensure it fits into your operation, offer an economic advantage above selling it directly out of the field and preserve the grain quality for the intended storage time. 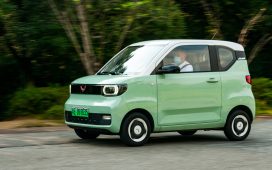 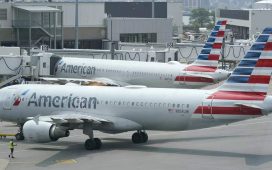 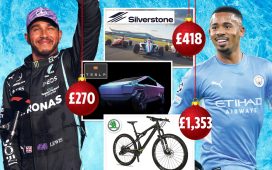