After a year of pandemic-enforced delays, the Tokyo Olympics are finally here. While the Olympics is not allowing spectators, you already have the best seat in the house at home. For the first time ever, the Summer Games are being broadcast and streamed in 4K HDR.

How can you watch? Is it streaming on your favorite service? What about Peacock? Here’s what you need to know.

Broadcast: Which providers offer the Olympics in 4K HDR?

NBC is broadcasting the games in 4K HDR with Dolby Atmos sound, though not every TV provider or streaming service offers it. As always, you need a 4K TV and a compatible app or box to view content in 4K HDR.

Comcast, which owns NBCUniversal, offers those with its Xfinity X1 service the ability to watch in 4K HDR with Dolby Vision.

Cable provider Optimum (channel 200) and satellite network DirecTV (channel 105) also offer the games in 4K, though not with Dolby Vision.

Dish says it offers the Golf Channel and the Olympic Channel in 4K HDR in its “usual 4K channel slot” at channel 540 as well as in an “Olympics-centralized location” at channel 148. It notes that “timing will coincide with the events being covered on the Golf and Olympics channels.”

DirecTV says its 4K coverage is available on a one-day delay on channels 105 and 106. It includes footage from the opening and closing ceremonies, track and field, swimming, gymnastics, diving and beach volleyball and other coverage.

Streaming: Watch the Olympics in 4K with FuboTV or YouTube TV

If you’re looking to stream in the highest resolution available you can do so on FuboTV or with YouTube TV, but there are a few things to keep in mind.

YouTube TV — our go-to streaming TV service pick — has 4K channels available for NBC, NBC Sports, Olympic Channel and Golf Channel, according to The Streamable. You need to be signed up for the company’s new 4K option that runs an extra $20 a month on top of the $65 regular monthly rate. There’s a 30-day free trial of the 4K option, however, which is long enough to last through the entire Olympics. You should also note that the 4K feed isn’t available in every market; here’s the full list.

FuboTV costs $65 a month and doesn’t charge extra for 4K, but its higher resolution feeds from NBC, the Olympic Channel and Golf Channel are only available to those in New York, Los Angeles, Chicago, Dallas-Fort Worth and Boston.

NBC has confirmed that Peacock is not streaming the games in 4K.

It is not, however, streaming the US men’s basketball games for free. For that, you’ll need to pony up for a Peacock Premium subscription, which starts at $5 per month for an ad-supported plan, or $10 per month for the Plus option that offers on-demand content ad-free.

Learn smart gadget and internet tips and tricks with our entertaining and ingenious how-tos.

When do I need to set my DVR for?

The Olympics started on July 23 with the opening ceremonies. The final day of the competition, as well as the closing ceremonies, will take place on Aug. 8.

The first matches of the competition actually began three days before the opening ceremony on July 20 (July 21 in Japan).

Read more: How to watch the Tokyo Olympics

Which channels are broadcasting the Olympics?

NBCUniversal owns the US rights to Olympics broadcasting and is once again using its variety of networks to show competitions from the Summer Games. This includes the main NBC channel, as well as NBCSN, USA Network, CNBC, the Olympic Channel: Home of Team USA, Golf Channel, Telemundo and Universo.

Per an NBC press release, the main NBC channel will have 17 “consecutive nights of primetime coverage” as well as a live primetime show.

The pandemic continues to plague countries around the world. Tokyo is currently operating under a state of emergency, and fans are barred from attending the games in person. Officials are also asking that people not congregate on roads alongside outdoor events like the marathon, according to The Washington Post.

Read more: Tokyo Olympics: The athletes that have tested positive for COVID-19

See also  Why Compliance Complacency is Another Form of Technical Debt – CloudSavvy IT
Share on FacebookShare on TwitterShare on LinkedInShare on Reddit
techregisterJuly 26, 2021 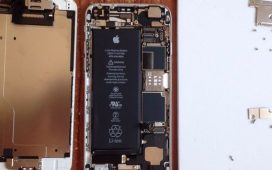 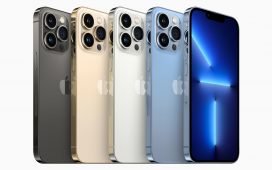 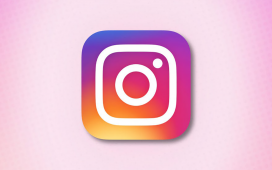