As the world pivots to electric cars, new models are coming at an ever-quickening pace, with some companies poised to sell nothing but battery propulsion. Introductions from Karma, Volvo, and Chevrolet address different market segments, but all are good propositions.

All three of these cars make use of existing designs or platforms, proof that the
EV
market is maturing. Karma Automotive’s new model, the GS-6 plug-in hybrid, is derived from a car first delivered in 2011—the Fisker Karma. Many saw that car as designer
Henrik Fisker’s
masterpiece, but teething problems (mainly with the powertrain) and fights with Tesla delayed the car and drained resources. Only 2,450 were built. Karma Automotive rose from those ashes and—sticking with the basic styling—installed a much sturdier and powerful drivetrain, selling the finished product as the Revero GT.

But the 1,100-horsepower Revero GT, listed for $144,000, and Karma—while staying in the luxury space—wanted something more affordable. And so the new GS-6 enters the “new luxury” segment at a starting price of $83,900 (plus an $1,800 destination charge, or delivery fee), still with a plug-in hybrid drivetrain. A related battery-electric car, the GSe-6, will come later this year, priced at $79,900. The Revero GT will remain as a special-order halo car for the brand.

“We’ve been operating in a narrow customer band because of the pricing,” says Joost
de Vries,
vice president of global sales and customer experience for the Orange County, Calif.-based company, during an online presentation. “In the $140,000 to $200,000 segment, only 13,000 cars are sold annually in the U.S. If we want to scale, we can’t live there.”

The GS-6 is a more affordable Karma, but it’s not stripped down—depending on which model you choose, there is reclaimed wood as accents, carbon fiber trim, and five available choices for interior leather. There are three versions: base, luxury (GS-6L), and sport (GS-6S). The bottom line is 536 horsepower and 550 pound-feet of torque from twin electric motors and, acting as a range extender, the 1.5-liter turbo three-cylinder gas engine from the now-defunct BMW i8. Zero to 60 takes 4.5 seconds, unless you spring for the tuned sport model, which can do it in 3.9.

The GS-6 offers 80 miles of electric range from its 28-kilowatt-hour battery, and 360 of total range via that range extender.

Plug-in hybrids are, as de Vries acknowledges, a transitional technology. The end game is battery electric, and Volvo will produce nothing but after 2030. On March 2, the Volvo showcased its new C40 Recharge, the third of its cars to share drivetrains and sit on the company’s Compact Modular Architecture (CMA) platform (joining the XC40 Recharge and the Polestar 2).

The differences between the XC40 and C40 are mostly in the styling. The former is a compact SUV, and the latter a lower crossover—though Volvo emphasizes that C40 buyers will still get the up-high seating that’s in vogue today. There’s a snazzy new tail light treatment, with light strips that extend up to the top of the back window, a redesigned nose and roofline, and the first appearance of pixel technology headlights.

“Electric is where the growth is in the premium part of the market,” said Lex Kerssmakers, head of global commercial operations, during an online presentation. He said the C40 will be sold exclusively online, with transparent pricing..C40 performance should be close to the XC40, with which it shares a drivetrain. That means a 75-kilowatt-hour battery pack and two motors, with a total of 402 horsepower and all-wheel drive. Range should be above 200 miles in the U.S. EPA cycle. There’s no pricing for the C40 yet, but the XC40 Recharge starts at $55,085.

Joe Haslam,
a Volvo brand manager, demonstrated the C40’s seamless Google Assistant integration. It can lower the car’s interior temperature, plot charging options along a route, and switch on
Nina Simone.
Production begins at the end of 2021, and the car (which can be reserved now) will be delivered to U.S. customers early in 2022.

Chevrolet’s approach to its electric cars doesn’t differ dramatically from Volvo’s. There was one EV in the range—the Bolt EV—and now there are two, with the introduction of the 2022 Bolt Electric Utility Vehicle (EUV). Again, appearance is similar (though no exterior sheet metal is shared), and the drivelines are the same. But the EUV is stretched six inches, with half that going to rear passengers for added legroom.

And they’re priced similarly, too, with the EUV at $33,995 and the redesigned EV at $31,995. The $7,500 federal income EV tax credit is not available, but some state and local subsidies are. Chevrolet clearly wants to own the entry-level electric car market, because the EV’s price is down more than $5,000 from the 2021 model. Range from the 65-kilowatt battery for the new EV is the same 259 miles as in the earlier cars; the slightly heavier EUV is 250.

The crossover EUV shines on the road. Chevrolet brought a fleet of pre-production EUVs to New Jersey Feb. 25, and the 200-horsepower car acquitted itself well on the highways and back-country roads. The upright EUV is quick off the line, with sharp steering and handling. Customers of the earlier Bolts had complained about uncomfortable front seats, and that’s been addressed on the new cars. After two hours at the wheel, there was no noticeable fatigue. On a cold day, the heated seats and steering wheel were appreciated.

The infotainment, with a 10.2-inch screen, is easy to use, and both Apple CarPlay and Android Auto are accommodated. A neat feature is switchable
regen
erative braking, which enables one-pedal driving and slightly extends range. A paddle on the steering column allows dialing in additional regen. This is a utility vehicle; there is 56.9 cubic feet of storage space with the second row folded.

The Bolt EUV is the first Chevrolet with, in the highest trim, self-driving Super Cruise (previously seen in Cadillacs). Oddly, it’s not available in the EV version. Bombing down U.S. Route 80, steering and accelerating on its own, the EUV did a pretty good imitation of a more-expensive Tesla Model S with Autopilot. The EUV is affordable (especially for an electric), but feels like a higher-level car.

Car review: A funky electric newcomer, but ‘range anxiety’ may pull the plug on the Mazda MX-30 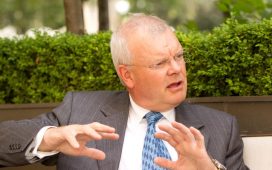 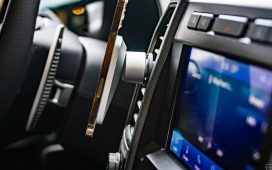 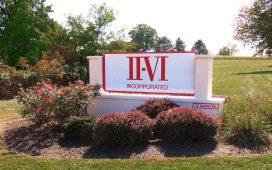 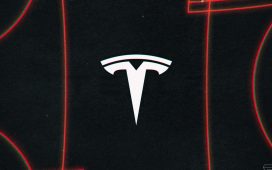