Young people are the creative energy that will carry business in Shanghai forward into the future. A generation of young entrepreneurs is generating new ideas about how to combine lifestyle with making money. Shanghai Daily’s series sheds light on their efforts and ambitions. 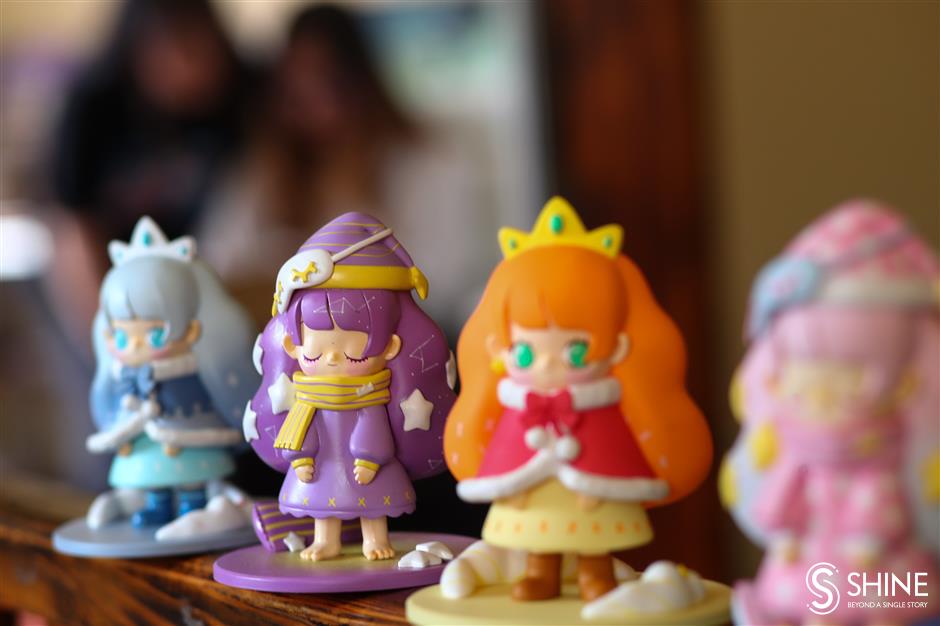 The “blind box,” known as manghe in China, has become a popular fad and even a career dream for some graduates. But is toy art a business with long-term prospects?

Blind boxes involve hand-sized toys. A set of boxes always contains over six similar toys with the same style, theme and packaging. Buyers never know quite what they are getting until they open one.

It’s like buying a lottery ticket in a fancy design, and many young people who have become obsessed with the boxes and their designers are eager to create their own individual versions of the trend.

And so it was last year, when Xu Meiting, a 23-year-old graduate of Donghua University, and two friends opened a culture and creative company called Xuezhentang, specializing in blind box design and production. The trio all majored in design.

While still in university, all three were fans of manghe.

“Each of us has spent thousands of yuan on the boxes,” Xu said.

“The toys are so adorable and fashionable,” said Zheng, a junior high school classmate who attended Sanda University.

Tao, also a graduate of Donghua, said the three tried to find work in a company to pursue their interest in blind boxes but finally decided it was preferable to start their own company.

Starting a business is no easy matter. MyCOS Data Co, a Chinese research firm focusing on higher education, said a 2019 survey showed about 45 percent of graduates had been seeking to open their own businesses for more than three years.

“We didn’t know that before we started,” Xu said. “But we won’t be intimidated by statistics. We will do our very best to show the world our vision of manghe.”

It’s also a matter of record that most startups in any field eventually fail because of lack of funds and business management skills. But that doesn’t seem to deter wannabe entrepreneurs. 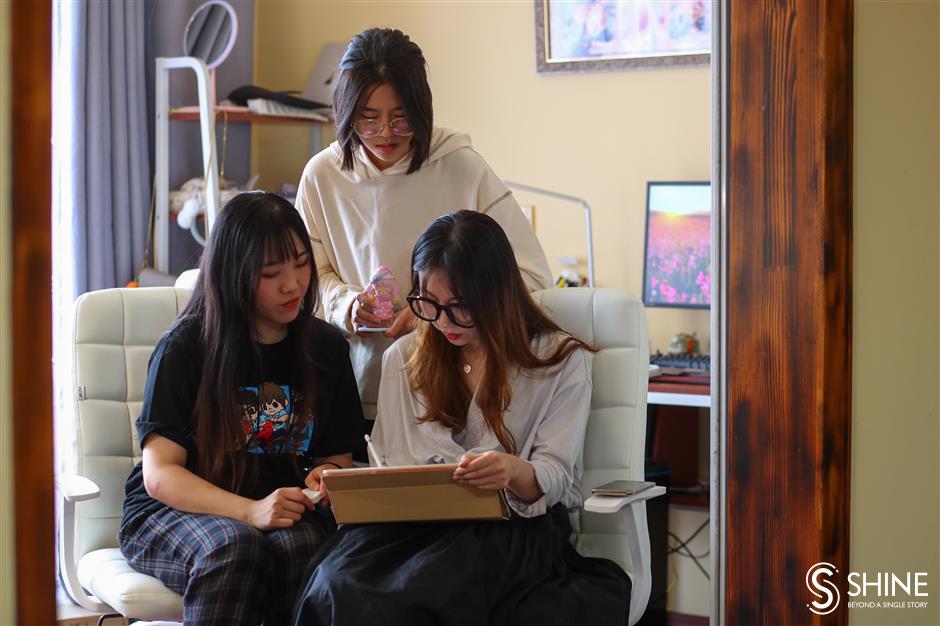 The three women rented an apartment in Songjiang District as their studio. After several discussions and alterations, they created “Princess Cora,” a doll with fair skin, big eyes and long, thick hair. A set of blind box characters based on Cora followed: Painter Cora, Shepherd Cora and Ranger Cora, among others.

The team created a story behind Cora. She is a princess who must maintain decorum during the day. But that hides her inner being. At night in her dreams, she becomes anyone that strikes her fancy.

“We think this is the cutest manghe character in the whole world,” Xu said.

The women knew nothing about running a business when they started out. They had help from tutors of Donghua University on matters such as finding funding and improving marketing.

The team showed their creations at exhibitions and on MoDian, an online platform for crowdfunding of new designs. To date, more than 1,000 people have shown interest in their work, and they have received 62,000 yuan (US$9,160) from more than 100 people on the platform.

During a roadshow, they won a 100,000-yuan angel investment from Donghua University, and they managed to scrape together another 100,000 yuan.

They allocated 200,000 yuan to the production of Cora toys late last year, but that proved harder than they thought. They were told that the cost of blind boxes is high. Thirteen different Coras in a box need 13 different molds, though the market price of each 10-centimeter-high box is only about 60 yuan.

In a desperate attempt to stave off defeat, the women gave up the blind box idea in favor of a “garage kit,” which can be made bigger and sell at a higher price. They chose four images of Cora to make 12.5cm-high garage kits priced at about 300 yuan each.

“As garage kits, the identity of which Cora will be in a box is shown on the packaging, but it was a wise choice for us during the initial stages,” Xu said.

Finding a production factory showed the pitfalls of business inexperience. At first, the women thought production sites outside of Shanghai might be cheaper but worried that distance made for it harder for timely communications. A friend finally introduced them to a factory in the city. 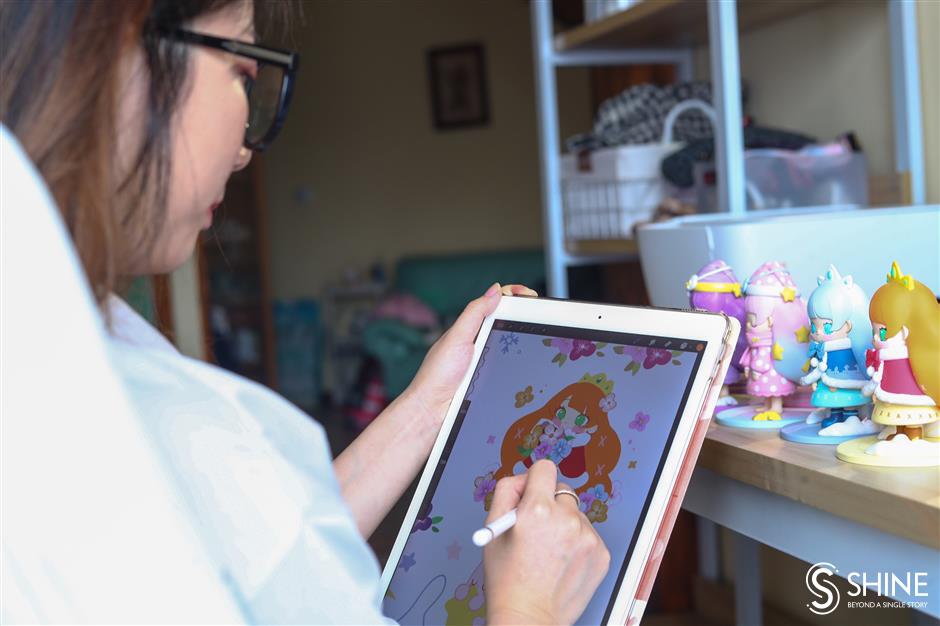 Xu Meiting draws the character of Cora in the studio in Songjiang Province.

The owner of the factory told them that he could turn their dream into reality. They signed a contract, but it didn’t stipulate production deadlines. Despite the factory owner refusing to let them visit his site, they trusted him.

During the next few months, they found themselves waiting and waiting. When they asked about how the first-step molds were going, the factory owner told them more time was needed.

The original plan to start selling the Cora toys in late June fell through. All the while, the women had to pay rent and cover living expenses.

Eight months after signing the contract, they terminated it, even though they had to pay around 10,000 yuan in liquidated damages.

“We were too naïve,” Xu said. “Many good-hearted people, such as teachers and friends, had helped us, and we thought the factory owner was just another one of them.”

Recently, they found a factory in the southern city of Shenzhen that was willing to do the work. They were invited to visit the site and check the production machinery before signing a contract.

But this time, the trio more cautious, so they visited factories in several Chinese cities before making a decision.

“After communicating with many factory owners, we realized that it is not operating procedure to refuse to let potential clients visit a factory,” Xu said.

They signed a contract with the factory in Shenzhen. The molds for four different Coras were finished just 20 days later.

Buyers who order Cora garage kits on MoDian will receive their toys in November.

“In the near future, people will be able to see and buy Cora in physical stores,” Tao said. “But selling blind boxes remains our ultimate goal.”

Despite all the travails, the three women said they have no regrets and will pursue their business dream. 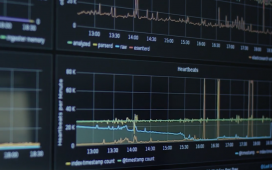 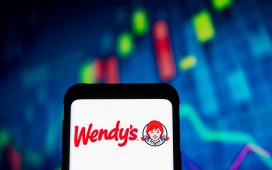 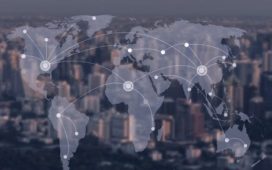 Rocketship And The Data-Driven World Of Investing – pymnts.com

Artificial intelligence can predict students’ educational outcomes based on tweets

‘Witches’ markings’ are found carved into an ancient English church