Thinking About Transportation Policy as if Cities Mattered – Next City


Welcome to “The Mobile City,” our weekly roundup of newsworthy transportation developments.

If Transportation Secretary Pete Buttigieg has made nothing else clear, he has made it quite clear that American transportation policy will change direction on his watch, and that it will change in ways that benefit rather than hurt cities. But just what would that changed policy look like? Buttigieg has just been handed a tool that he could use to shape that new policy: a study from Rice University’s Kinder Institute for Urban Research that calls for setting transportation priorities from the bottom up rather than the top down. And if we set policy that way, auto transport would take a back seat to more urban- and people-friendly modes based on the projects identified in the study’s survey of 100 metropolitan areas and 139 U.S. cities.

What that also means in practice, however, is that, as was done at the dawn of the 20th century, much of the money to bring these projects about will come from local rather than federal sources. A string of successful referenda in a number of U.S. cities in the last three years or so demonstrates that many but not all, American city-dwellers are ready to supply that money, as the defeat of a major transportation package in Nashville two years ago demonstrated. Right now, in Seattle, transit advocates are pushing for ways to pick up a much bigger price tag for the third phase of Sound Transit’s light metro construction program after voters there okayed higher sales taxes to fund improved bus service.

One of those local sources that could tackle two urban transportation problems is congestion pricing. Even after its start date has been pushed back several times, New York remains on track to become the first U.S. city to implement congestion pricing, but Los Angeles, the city famed for its auto-centric transportation system, is nipping at New York’s heels, as the city’s Metropolitan Transportation Authority is contemplating instituting road pricing or congestion charges as a way to reduce congestion and fund mass transit.

While Transportation Secretary Pete Buttigieg has not said this in exactly these words, his statements on where he wants transportation policy to go combined with the steps he took to refashion how the people of South Bend, Ind., got around while he was mayor — you can read a summary of a few of them in this Philadelphia Inquirer article — strongly suggest that the interests of the nation’s cities would take precedence over the interests of the road-builders and state transportation departments over the next four years.

And what do the cities want? According to a Streetsblog USA article, not more projects that would rush cars through them, by and large. The article, which cites a survey of 100 metropolitan areas and 139 cities conducted by the Kinder Institute, notes that while transportation projects made up the single greatest category of items on the cities’ wish lists, mass transit projects made up the largest share of projects on their transportation wish lists: 159, as opposed to 90 highway projects.

William Fulton, one of the Kinder study’s co-authors and the former mayor of Ventura, Calif., told Streetsblog that the increased emphasis on mass transit results from city officials learning just how essential mass transit was for getting essential workers to their jobs during the COVID-19 pandemic. “It’s surprising,” he said. “The pandemic really has changed people’s attitudes toward what critical infrastructure is. Public transit is more essential than ever because the essential workers we all rely on disproportionately use it. At the same time that [public transit agencies] lost ridership, they also became more important than ever for our economy to function.”

Add to the 159 mass transit projects the 43 pedestrian and bicycle projects on the urban wish lists and the tilt away from cars becomes more pronounced. (Add in the 172 street and road projects, however, and the tilt reverses; however, many of those projects aim to maintain infrastructure already in place rather than add car-carrying capacity, and some of them are also pedestrian-oriented.)

But more important than the kinds of projects cities want is who should be leading the charge for them. The title of the Kinder report on the study makes that clear: It calls for “A Bottom-Up Infrastructure Strategy for American Renewal.” Federal transportation funding formulas strongly favor highway projects over all other categories of infrastructure, and Fulton told Streetsblog that needs to change: “The way federal infrastructure policy works, it’s basically driven from inside the beltway by politically influential constituencies working from the top down,” he said. “At the local level, you know what you need, but you have to plug in the gaps with other funding sources and just do the best you can. We thought it was important for [state and national politicians] to get a feel for what most folks at the local and regional level think should be our infrastructure priorities, rather than just assuming that the usual top-down process will be sufficient. Because often, it’s not.”

If you would like to get a feel for what most folks at the local and regional level think should be our infrastructure priorities, you can explore them on the interactive map accompanying the report. Kinder’s own summary of all the study’s findings appears here.

One of the obstacles standing in the path of some mass transit improvements are their price tags. One big reason bus rapid transit has become a preferred method of adding transit capacity in many American cities is because BRT lets them add that capacity on the cheap, relatively speaking. Many of the cities that have opted for large-scale rail transit expansion have faced recurring problems with escalating price tags and local voter resistance to picking up the bigger checks.

One such city is Seattle, where Sound Transit is in the middle of a multi-decade project to give Washington State’s biggest metropolis a full-blown light metro system — or, as the advocacy group pushing hardest for its completion puts it, a “Seattle Subway.” The Seattle Times reports that the group is backing a bill currently before the Washington House of Representatives that would allow the Seattle City Council to draft a measure that would ask city voters to okay increased car taxes in order to provide funding for ST3. The bill also allows such a measure to be placed on the ballot if one percent of registered voters in the city signed petitions.

The reason for the search for funds: The total cost of ST3’s Seattle portion has risen from $7.3 billion to $12.6 billion. Sound Transit blames soaring land costs and difficult soil conditions for the rise. But supporters of House Bill 1304 also envision the revenue paying for a bunch of nice-to-have add-ons to the project, such as putting a two-station segment of a key east-west line underground through West Seattle.

Critics of the bill quoted in the story say it would do nothing to encourage Sound Transit to spend smarter on its projects. The total price tag for ST3 in the three-county Sound Transit service area is $54 billion, and the agency also revealed recently that the entire construction program faces an $11 billion funding shortfall. In addition, Seattle Mayor Jenny Durkan would rather hold off on holding another tax hike referendum on the heels of the successful vote to raise sales taxes for more frequent bus service. Instead, she told the Times, Sound Transit should look at ways to engineer costs out of the program first and examine what its actual price tag will be.

HB 1304 enjoys the support of the Seattle-area Democrats who have sponsored the bill and head the House Local Government Committee. But even though Democrats control the House, the Times article says the bill is a long shot for passage this year.

Robert Puentes reports on the Eno Center for Transportation blog that the Los Angeles County Metropolitan Transportation Authority (LA Metro) has begun its study of ways to reduce the region’s notorious traffic congestion. And one of the tools being studied to cut congestion is road pricing.

Moreover, the study is not examining road pricing in the abstract, but rather determining where pilot pricing projects might be implemented. Proposals under study include charging tolls on roadways around downtown, freeways over the Santa Monica Mountains and main routes heading west from downtown towards Santa Monica during periods of peak congestion. The study will also examine the feasibility of setting up a congestion-pricing cordon around Downtown LA similar to the one already in effect in London and planned for New York.

Such charges have been proposed in the past as ways to raise money for mass transit improvements LA Metro would like to finish in time for the 2028 Olympics. But local officials realized that imposing congestion pricing for that purpose would be politically difficult at best, and as a result, this study focuses strictly on reducing road congestion.

But, of course, to reduce the congestion, drivers will need alternatives to their car commutes. And the congestion charges would help pay for those alternatives, much as London’s congestion charge goes mainly towards beefed-up bus service that runs faster thanks to the less congested roads. In addition, since transportation equity is another goal of the study, the money could go towards making fares free on LA Metro transit routes.

Know of a development that should be featured in this column? Send a Tweet with links to @MarketStEl using the hashtag #mobilecity.

Next City contributor Sandy Smith is the home and real estate editor at Philadelphia magazine. Over the years, his work has appeared in Hidden City Philadelphia, the Philadelphia Inquirer and other local and regional publications. His interest in cities stretches back to his youth in Kansas City, and his career in journalism and media relations extends back that far as well.

Follow Sandy .(JavaScript must be enabled to view this email address) 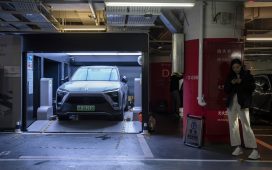 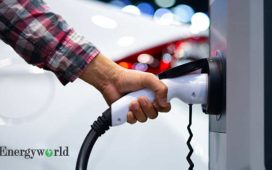 Why the future of Electric Vehicles is bright in India, Energy News, ET EnergyWorld 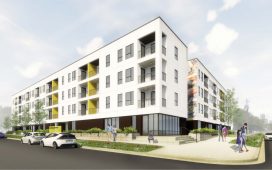 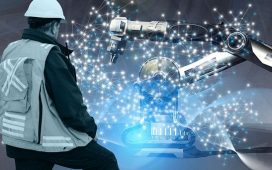