Everyday life barely resembles what it did a year ago. Many of us work differently, save differently and certainly spend differently. The COVID-19 pandemic halted some financial behaviors while creating new ones.

Some of these trends might unwind in coming months, once vaccines are widely distributed and the health risks subside. But others could endure much longer, possibly becoming permanent fixtures.

Here are some money-oriented themes for 2021 and possibly beyond that were created at least partly by the health crisis.

As consumer confidence returns, so will spending as pent-up demand is unleashed. “That has been the experience of all previous economic downturns,” said a report on emerging trends from management consultant McKinsey & Co. One key difference this time is repressed economic activity in many service and leisure areas.

“The bounce back will therefore likely emphasize those businesses, particularly the ones that have a communal element,” the report said, citing leisure travel as an area that could recover quickly and much faster than business travel.

Stimulus checks and taxes: What you need to know before filing your 2020 income tax returns

Jack Ablin, chief investment officer at Cresset Capital, sees a coming wave of YOLO spending, tapping into a “you only live once” mentality that will center on recreation, leisure and other experiences stressing social interaction.

A related spending trend could see the continued popularity of online shopping, curbside pickups and other retail shifts hastened by the coronavirus pandemic and social-distancing measures to control it.

READ  Live Q&A: Looking for a job under lockdown

“The shift to online retail is real, and much of it will stick,” the report said.

E-commerce sales gains over the first few months of the pandemic roughly equaled the gains achieved over the prior decade, McKinsey added.

One of the remarkable aspects during a year when so many people struggled is how well consumer finances held up. The nation’s personal savings rate jumped to near 13% late last year – about twice the recent multiyear averages – while credit scores rose to record-high levels and bankruptcies fell to three-decade lows.

Some of these improvements reflect unusual monetary assistance from the federal government, from stimulus payments to enhanced unemployment benefits. Also, many consumers really did tighten their belts, as often happens amid tough economic times.

But much of the savings improvement reflected an inability to spend money as freely as before, with lavish vacations discouraged, restaurants restricting service and live entertainment severely curbed.

If the spending surge materializes from pent-up demand, as appears likely, that could reverse much of the savings progress that Americans made last year. The ironic result of a stronger economy with broad job gains could be worsening credit problems, shrinking savings and more bankruptcies.

Another dramatic development last year was the transitioning of millions of employees from office arrangements to working at home, virtually overnight. This shift has altered some personal finance and investment behaviors.

As people set up home offices, commutes were shortened or eliminated, auto-insurance premiums dropped (because of a decline in traffic accidents) and some people decided they didn’t need as many vehicles. It also prompted a home-buying boom away from city centers to more suburban and even rural locations where housing is more affordable. Ultra-low interest rates hastened by the recession contributed to the boom.

Some of these changes might reverse as the pandemic dies down and more employees return to work, but the workplace won’t revert entirely to the old status quo. More than 20% of global workers could spend the majority of their employment time away from the office and be just as productive, McKinsey estimates.

“It’s happening not just because of the COVID-19 crisis but also because advances in automation and digitization made it possible,” the report said. “The use of those technologies has accelerated during the pandemic.”

The retirement divide will widen

The pandemic has worsened wealth inequalities, with low-income wage earners, rural residents, less-educated workers and some minority groups suffering more than others. This divide has shown up in retirement planning.

On the one hand, a powerful stock market rally over the past year has pushed up the values of 401(k) plans and other retirement accounts for many people. So, too, for the broad advance in home prices. Millions of Americans are wealthier than they were a year ago.

But not everyone owns these types of growth investments, and this group includes a large proportion of workers who suffered job losses or other income interruptions.

Well-meaning rules enacted during the pandemic to ease early withdrawal penalties might have done more harm than good for some Americans living on the edge, by encouraging them to tap into and thus deplete their accounts.

“The bottom line is that half of today’s households will not have enough retirement income” to maintain their working-years standard of living even if they delay retirement and take other steps, warned a recent report by the Center for Retirement Research at Boston College.

This was a problem even before COVID-19 hit, and the pandemic made things worse for individuals who could least afford it.

One thing the pandemic revealed is that tens of millions of Americans rely heavily on their employers for much more than a paycheck. Benefit choices had expanded even before COVID-19 arrived, and that trend likely will continue.

Aside from mainstays that include health insurance and 401(k)-type retirement accounts, workers at many companies will see other choices ahead. An emerging theme cited by Fidelity Investments involves employers offering increased help for employees grappling with high student debt.

More: How Biden’s orders could help America’s neediest who have been battered by COVID-19 pandemic

More than $1.5 trillion in outstanding student debt has siphoned off money from other goals such as retirement planning, Fidelity noted in a recent commentary. Women and people of color face some of the heaviest burdens. Among the solutions: More companies will opt to contribute money directly on behalf of workers to help them pay down these obligations.

Reach the reporter at russ.wiles@arizonarepublic.com. 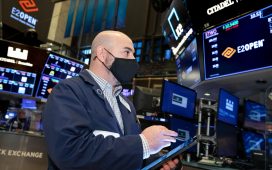 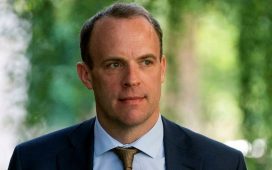 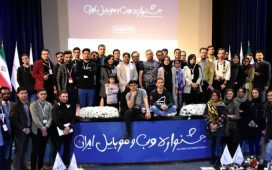 Why Cuomo Should Be Worried About a Federal Probe

Taxes Q&A: I never got my mailed stimulus, can I claim it in my taxes? How do I file if I only received unemployment?