The Guardian’s recent revelation that Extinction Rebellion (XR) had been classed as an extremist ideology in now hastily withdrawn advice issued by counter-terrorism police (Anti-terror police target school climate strikes, 11 January) is the latest example of a wider campaign seeking to undermine public support for our non-violent movement. In July, we saw the release of a report on XR by the former head of the Met’s counter-terrorism command, Richard Walton, done for the rightwing thinktank Policy Exchange. His report makes a series of overinflated and discredited claims about XR, and it was subsequently revealed that Policy Exchange itself has taken funding from big energy companies.

Walton’s report came out in the context of a persistent media campaign that sought to paint XR in the worst possible light, and it appears to have been the basis of the foolish action by counter-terrorism police. Yet despite all this, XR is as strong as ever. Our group remains resolutely committed to non-violence in our use of direct action, and 2020 promises an escalation in our campaign for action on the ecological and climate and emergencies.

There is nothing “extreme” about this approach to a collapsing ecology. Those who seek to paint the common sense of defending our planetary home from its becoming an inferno as extreme are heavily invested in maintaining a crumbling status quo. There is a profound irony to this of, course, as climate collapse is the biggest possible threat to anything like the status quo that can be imagined.
Prof Rupert Read
Spokesperson, Extinction Rebellion

• As a member of XR and having been arrested under section 14 of the Public Order Act, I went to trial last week at City of London magistrates court with the intention of testing the defence of “necessity”. My judge said I had made a “compelling case” and I received a conditional discharge. However, in the light of the recent guidance by counter-terrorism police, should I now report him to Prevent for expressing his sympathy for, and understanding of, XR’s cause?
Tom Hardy
London

• Having resolved this year to look for the good news as an antidote to the gloom and doom we are drip-fed daily, I was thankful to Gaby Hinsliff for drawing my attention to the attempts being made to encourage people to talk to each other (We’ve built a world that feels cold. Yet we still want to connect, Journal, 4 January).

Her analysis of how the UK’s social capital was increasing was very uplifting in these dark January days, but there was one serious omission: Extinction Rebellion. I joined XR last October and soon found out that it is about a lot more than climate change. In these days when the world is increasingly looking as if it is going mad, taking part in XR has exposed me to a bubble of sanity: strangers talk to each other, care for each other and even share food. Cooperation is the order of the day, people are treated as equals and we all share a determination to work together to achieve our aims.
Eileen Peck
Benfleet, Essex

• Greta Thunberg (A message to Davos leaders: end the fossil fuel economy, Journal, 11 January) rightly calls for an immediate end to investments in fossil fuels. The key businesses to target are the world’s top banks, which invested $1.9tn in 2016-18, with the amount rising each year. Bill McKibben of 350.org recently pointed out that banks could be pushed to improve their performance on climate much more quickly than governments. Unlike most other businesses, banks can readily switch their investments in pursuit of a more reliable profit and to protect their brand.

Climate campaigns need to target a few of the most susceptible and guilty banks. Campaigns can inspire citizens to pressure these banks to clean up their act, to avoid reputational damage and major loss of customers.
Tim Root
Coordinator, Muswell Hill & Hornsey Friends of the Earth

• Do you have a photo you’d like to share with Guardian readers? Click here to upload it and we’ll publish the best submissions in the letters spread of our print edition 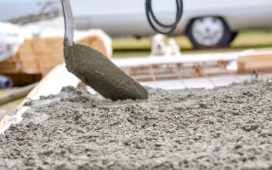 Content Security Gateway Market 2020: Rising With Immense Development Trends across the Globe By 2026 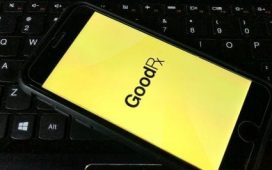 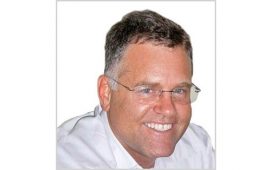 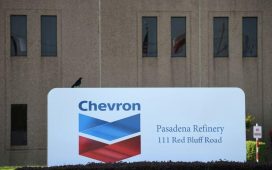