Whether you see in the demonstrations at Old Trafford last week an outrageous affront to law and decency or a legitimate mode of dissent, a public expression at last of long-held grievances, it is clear, perhaps for the first time in English football, that there is a real sense of militancy among fans. With the super-clubs in retreat, the possibility of change appears real – or at least more real than it has been for years. In which case fans should probably work out what they want.

Already it is notable that the serious protests have been focused at the two super-clubs who have most reason to be frustrated with their owners. The mutinous mood of the past few weeks feels multi-layered. Manchester United and Arsenal fans both have specific issues with their American billionaire owners that go far beyond a lack of success on the pitch, feeding into a broader sense that football is being taken away from its roots and the people to whom it used to “belong”. This is happening in a country beginning to emerge from lockdown into intense financial uncertainty; there is a lot of pent-up energy which may dissipate as life returns to something like normal – or it may not, particularly if the economic situation worsens.

Rows over procurement may be too abstract really to ignite public fury; the way football clubs, great unprotected social institutions, have been taken over by hedge funds, oligarchs and sheikhs is perhaps a more immediate example of modern capitalism. Football, suddenly, is an active political topic in a way it has not been in Britain for years – and that happens at a critical point, just as it seems domestic broadcast rights may have peaked.

There has been a lot of talk about Germany’s 50+1 model, which guarantees the influence of fans. Nobody, surely, thinks greater fan representation would be a bad idea but that is only one part of the problem, demonstrated by Bayern’s domestic dominance. Fan representation is of limited importance without a new financial settlement.

This is not straightforward. Change the system in one area and you rapidly create an imbalance elsewhere. Take, for instance, the hard salary cap introduced in Leagues One and Two last August and subsequently scrapped after a challenge from the Professional Footballers’ Association. Broadly speaking, the smaller clubs voted in favour and the larger clubs, feeling they were being artificially handicapped, were against it. The regulations were intended to protect clubs pushed to the brink by the pandemic but, had they remained in place for any protracted period, would have opened a gulf between League One and the Championship. What was right for Accrington Stanley was not right for Sunderland.

So let’s go back to basics. Presumably most fans would accept some kind of elite: the idea of 92 league teams with precisely equal resources is not merely impractical but boring. Big clubs have glamour. Everybody relishes playing – and having the chance to beat – Manchester United and Arsenal; golden memories are not made of triumphs over Generic Team of Roughly Equal Ability XLVI.

But how many elite clubs should there be, and how elite should they be? Historically, English super-clubs have been less elite than elsewhere. Manchester United are the most successful club in league history but have won only 20 titles, approximately 16% of the total possible. That compares with Bayern, who have won more than half of all Bundesliga titles, Juventus with 38% of Serie A titles and Real Madrid with around the same percentage of La Liga titles (although in all leagues the trend is increasingly to a small elite).

That is only one measure of competitiveness. There have, say, been 24 different champions in England, more than twice as many as in Italy, Germany or Spain – although the English league is much older than the other three. In the past 20 years 14 different sides have finished in the top four in Spain, 13 in Germany, 12 in Italy and 10 in England.

What is optimal? There probably is no right answer. Having a Big Two or Four or Six seems unhelpful. Championship clubs overspend to bridge the gap to the Premier League, and parachute payments exist to ease the passage of teams going in the other direction, which itself elevates the Championship a significant level above League One.

But there is a fundamental problem here: success will always tend to be self-perpetuating. A team that wins earns more prize money, generates larger gate receipts, earns more in television revenues. They can buy better players which in turn makes them more attractive to fans, generating more money to be invested. If there is not to be a self-perpetuating elite, there has to be subsidy. That is why, until 1983, home clubs in England gave 25% of gate receipts to away sides, a form of redistribution that helped mitigate the advantage enjoyed by clubs with big stadiums.

The foundation of the Premier League was the final break from that model which recognised the responsibilities of the big clubs to the small. The elite could take a greater share of available revenues and stop worrying about what the likes of Rochdale or Cambridge thought.

It is easy to scorn the Premier League but the investment its advent made possible has radically improved facilities and the quality of football. To what extent would fans be prepared to sacrifice that for a more equitable model? How much say should Mansfield have over the affairs of Manchester United? Would saving Bury have been worth the elite being less able to challenge Barcelona?

The presence of externally wealthy owners, who in effect mean clubs do not need to generate their revenues through football, complicates matters further. But the issue of redistribution is key. There has been a lot of talk of solidarity but, unless the problem of the tendency of success to self-perpetuate is tackled, unless fans of the super-clubs face up to the question of subsidy and redistribution, the disaffected are essentially just hoping to exchange these billionaire owners for better ones. The bigger problem is that billionaire owners are needed in the first place.

READ  Make extra cash this Christmas by trading in your phone with our top tips
Share on FacebookShare on TwitterShare on LinkedInShare on Reddit
techregisterMay 8, 2021 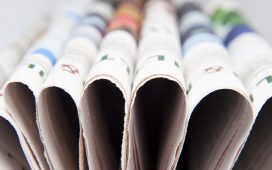 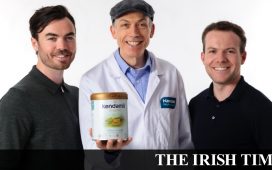 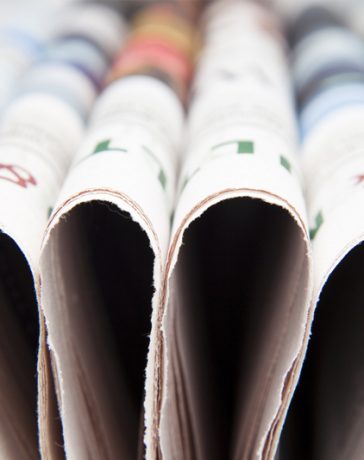