The Week in Business: A Conspiracy Crackdown


The days are getting shorter, the election is getting closer and retailers are preparing for a truly weird holiday season. Here’s what you need to know in business and tech for the week ahead. — Charlotte Cowles

No Space for QAnon

On Tuesday, after years of allowing the far-right conspiracy movement QAnon to spread lies and violent rhetoric on its platform, Facebook took an uncharacteristically hard line and banned the group altogether. Soon after, the e-shop Etsy halted sales of all QAnon merchandise. And on Friday, Twitter adopted a slew of new measures to control the spread of misinformation leading up to the election. But critics are still wondering what took the tech companies so long to crack down.

The Case Against Big Tech

House Democrats have spent over a year investigating Silicon Valley’s “big four” — Apple, Amazon, Facebook and Google — for “abuses of monopoly power.” And they finally threw down the gauntlet with a damning 450-page report. Among their accusations: Amazon mistreats third-party sellers and stunts competitors by buying them up. Facebook used “copy, acquire, kill” tactics to take over Instagram. Apple kneecaps its rivals with fees and gives preferential treatment to its own apps and services. And Google has all but destroyed other search providers. The lawmakers called for breaking up the companies and making sweeping reforms to antitrust laws, many of which have not been updated for the internet era.

Now You See It, Now You Don’t

The possibility of another pandemic aid package ping-ponged back and forth this past week, leaving millions of Americans in the lurch. President Trump added a wrinkle on Tuesday by abruptly calling off relief talks until after the election, ignoring urgent calls from the Federal Reserve chair, Jerome H. Powell, who said immediate government action was needed to avert “tragic” economic fallout. After Mr. Trump’s announcement sent markets into a tailspin, he quickly reversed course, tweeting that he was “ready to sign” a bill that would provide another round of $1,200 stimulus checks to Americans. Speaker Nancy Pelosi said she was willing to negotiate, and for a moment, a last-ditch effort looked possible. What’ll it be?

The Next iPhone Generation

Apple will release a bevy of fresh iPhone designs (four in total) this Tuesday, just in time to start thinking about your gift list for the socially distanced holidays. The latest phones will feature upgraded cameras (all the better for Zoom calls, of course) and a broader selection of screen sizes, as well as a new A14 chip that supposedly increases operating speed. The iPhone continues to generate about half of Apple’s revenue, and business has flourished during the pandemic — the company became the first in the United States to hit a $2 trillion valuation in August.

If waiting in long lines and jostling through harried shoppers for bargains on TVs and toys doesn’t sound up your alley this holiday season, don’t worry — big-box stores don’t want their Black Friday sales to become superspreader events, either. As a result, preholiday deals are starting more than a month earlier than usual. Target, Best Buy, Walmart and Amazon have all announced that they’re kicking off special discounts as soon as this week as they try to limit in-store crowds, reduce concerns about longer shipping times and compete for shoppers in a flailing economy.

If there’s one thing we’ve learned from Britain’s Brexit ordeal, it’s that deadlines are made to be broken. But here comes another one all the same. Prime Minister Boris Johnson said that this Thursday was the final day (really this time!) to hash out the broad strokes of a trade agreement with the European Union — you know, the one they’ve been haggling over for years — and has threatened to walk away (again) if insufficient progress is made. Britain formally left the E.U. at the end of January, but its economy is still effectively part of the bloc’s until the end of this year. A no-deal Brexit would be bad for Britain and Europe, but both sides are still hung up on fishing quotas and antitrust rules — you know, scintillating stuff.

Turkey farmers are scrambling to anticipate demand (or lack thereof) as large Thanksgiving gatherings look less likely this year. Salad bars are having a rough time, too: The restaurant chain Ruby Tuesday, known for its unlimited “Garden Bar,” has filed for Chapter 11 bankruptcy. And WarnerMedia, which owns the TV channels HBO, TBS and TNT and Warner Bros. studio, is cutting thousands of jobs to compensate for the pandemic’s damage to movie ticket sales and advertising revenue. 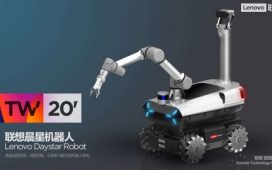 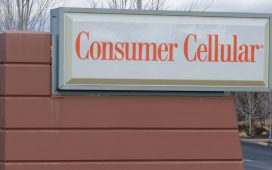 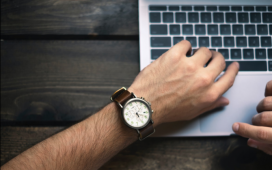 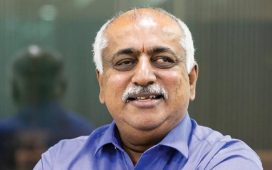 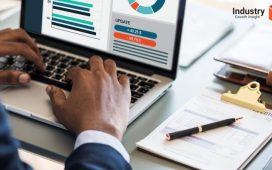