The Republican Party Is in Disarray

President Trump may have been correct at his Monday rally when he said of Georgia Republican Sens.

and Kelly Loeffler: “If they win I’ll get no credit, and if they lose they’re going to blame Trump.” But Tuesday’s election and Wednesday’s mob assault on Congress were stark examples of the destructive reactions the president can generate.

One Trump effect was felt in Atlanta’s suburbs. In Clayton County in November, Democrat

Mr. Trump tried to turn out his rural Georgia supporters, but the results were uneven and insufficient. Take the 14th Congressional District, which the president visited Monday. In November it had roughly 328,000 voters turn out; on Tuesday only 282,000 voted there, though there are several thousand ballots still outstanding.

A key factor was the decision by many independents and soft Republicans to vote Democrat—largely, it appears, in response to Mr. Trump’s actions since the presidential election. These helped Democrats make the race about Mr. Trump and undermined GOP efforts to highlight the Democratic candidates’ left-wing views and present a Republican Senate as a check on Democrats in Washington.

and Secretary of State

also drew attention away from the Senate race while igniting an intraparty civil war. That rarely leads to anything productive. It didn’t here.

Particularly striking was the comment Monday by Emory Morsberger, a former GOP state representative from Atlanta who, after Mr. Trump’s deeply inappropriate phone call Saturday to Mr. Raffensperger, decided he was voting Democrat. There were enough like him to sink the GOP’s Senate majority.

That Saturday call demonstrated not only the president’s awful judgment but also how poorly his lawyers have served him. Who proposed the call in which Mr. Trump begged and cajoled, threatened and pleaded for the Georgia secretary of state to conjure up 11,780 Trump ballots? If it was to ask for meetings to discuss areas of agreement or to seek information, the president’s representatives should have made the call, not him.

Speaking of his lawyers, where were they last April when the state and

were negotiating the problematic agreement on signature verification? And who puts crazy notions into the president’s head? Mr. Trump claimed Saturday that 50,000 Georgians showed up Election Day but were turned away because someone already voted in their name. That would be 1 in 20 Georgians who voted in-person Nov. 3. If this really happened, we’d have known it in real time with voters screaming at election officials, poll watchers raising alarms and cable news stations interviewing angry Georgians.

The run-up to the receipt of the Electoral College votes also turned off swing voters that Georgia Republicans needed. Missouri Sen. Josh Hawley’s announcement that he’d attempt to overturn results and Texas Sen. Ted Cruz’s declaration he’d seek a 10-day delay in accepting the Electoral College results for an emergency “audit” to resolve questions were unwise stunts that couldn’t succeed. What they—and the unprecedented attack on the capitol spurred by Mr. Trump’s angry speech—will do is deepen the divide between MAGA true believers and Republicans who believe these maneuvers are an affront to the Constitution.

As Democrats ride their high horses about Wednesday’s congressional fiasco, it’s worth recalling that they’ve also challenged Electoral College results. In 2001 the House Democrats’ effort fizzled on the floor when they failed to recruit the necessary senator to force a debate. These weren’t backbenchers: One,

was later Judiciary Committee chair and another,

had been Congressional Black Caucus chair. Then in 2005, as wild rumors swirled over President

118,601-vote Ohio win—including that I’d ordered a would-be whistleblower murdered—House members got their raucous debate after being joined by California Sen. Barbara Boxer (reportedly under consideration for a Biden administration post).

It must be said that in neither instance was there a president who incited a crowd to shut down the Congress as it received the Electoral College results.

So it’s a mess. The GOP is bitterly split, Democrats will control the presidency, Senate and House, and 34% of Americans wrongly believe the election was rigged. The Trump presidency is ending with his followers violently shutting down the Capitol. Helluva way to start 2021.

Mr. Rove helped organize the political-action committee American Crossroads and is author of “The Triumph of 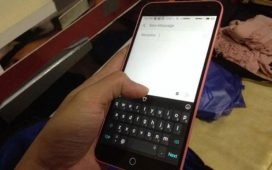 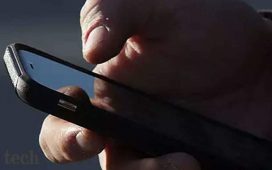 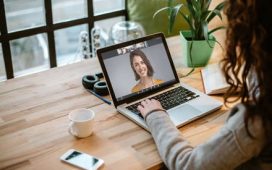 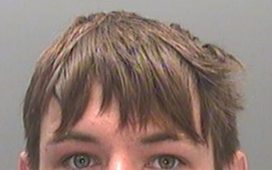