The Growing Tech Focus Of The Quad – Analysis – Eurasia Review

The Quadrilateral Security Dialogue or the Quad, which includes Australia, India, Japan, and the United States, appears to be taking a particular interest on critical and emerging technologies. From their first summit meeting in March 2021, the focus on technology has been growing.

The March 2021 joint statement stated that the four countries “will begin cooperation on the critical technologies of the future to ensure that innovation is consistent with a free, open, inclusive, and resilient Indo-Pacific.” Further, they noted that the Quad will “launch a critical- and emerging-technology working group to facilitate cooperation on international standards and innovative technologies of the future,” with the Quad efforts focusing on four aspects: “technical standards, 5G diversification and deployment, horizon-scanning, and technology supply chains.”

The subsequent September 2021 meeting of the Quad leaders elaborated on the tech agenda, stating that the Quad countries will work together on emerging technologies, space, and cybersecurity. The buzzwords the Quad used were openness, access and security of the entire tech ecosystem, shared democratic values and respect for universal human rights.  Pushing this agenda forward, the Quad countries in September 2021 issued a statement of principles on technology design, development, governance, and use that will lead the region and beyond to responsible, open, and high standards of innovation. Three key principle were highlighted: support for universal values; building trust, integrity, and resilience; and fostering healthy competition and international collaboration to advance the frontier of science and technology.

Elaborating on these, the principles noted the importance of technology development while keeping the sanctity of universal values, including “respect for freedom of expression and privacy,” promoting technology development and usage in line with shared values, including “the autonomy, agency, and dignity of individuals,” and that technology development should be driven by “an equitable and inclusive process that neither involves nor results in unfair discriminatory action.” The principles also noted that “technology should not be misused or abused for malicious activities such as authoritarian surveillance and oppression, for terrorist purposes, or to disseminate disinformation.”

Building technology ecosystems that are founded on trust, integrity, and resilience to further innovation was a key point of emphasis in the statement. Openness, trustworthiness, transparency, accountability, and interoperability in order to foster innovation were also highlighted by the leaders. These aspects made particular sense given the history of technology thefts and intellectual property rights issues involving China. Resilience of supply chains for hardware, software, and services in order to avoid vulnerabilities, which became particularly evident over the last couple of years with overdependence on China, was a key point of agreement among the Quad countries.

Further, the Quad leaders in September 2021 decided to establish technical standards contact groups with a focus on advanced communications and artificial intelligence both in terms of developing standards and foundational pre-standardization research. Given the focus found in the principles on supply chain resilience, the group agreed to launch a cooperative initiative “to map capacity, identify vulnerabilities, and bolster supply-chain security for semiconductors and their vital components.”

The Quad also decided to support 5G deployment and diversification as a means to ensure “a diverse, resilient, and secure telecommunications ecosystem.” To this end, the group launched a track 1.5 industry dialogue on Open RAN deployment and adoption, that will be aligned with the Open RAN Policy Coalition. The coalition is a group of companies working together “to promote open interfaces and interoperability.” The Open RAN Policy Coalition states that its key goal is “to promote policies that will advance the adoption of open and interoperable solutions in the Radio Access Network (RAN) as a means to create innovation, spur competition and expand the supply chain for advanced wireless technologies including 5G.” This can be done, the members argue that by “standardizing” or “opening” the protocols and interfaces between the various subcomponents (radios, hardware and software) in the RAN, thus moving to a scenario where “networks can be deployed with a more modular design without being dependent upon a single vendor.”

The Quad has also begun to focus on other emerging technologies such as advanced biotechnologies, including synthetic biology, genome sequencing, and biomanufacturing, while exploring areas of cooperation among the Quad countries.

Lastly, the Quad also put its focus on outer space and cyberspace with an emphasis on critical infrastructure resilience against growing cyber threats. In this regard, the four countries decided to set up a Quad Senior Cyber Group which will work on government-industry collaboration across areas such as adoption and execution of “shared cyber standards; development of secure software; building workforce and talent; and promoting the scalability and cybersecurity of secure and trustworthy digital infrastructure.”

The Quad also went on to establish a working group on outer space affairs, which will focus on sharing satellite data for a range of applications including monitoring and addressing climate change and environmental challenges involving natural disasters and disaster preparedness. This group will also work closely with another Quad working group on climate change. Most significantly, the Quad countries will engage in consultations on norms, principles, and rules that will ensure the long-term sustainability of outer space. This is, in a sense, a departure for India that traditionally believed in partnering with the G-20 countries (mostly the non-aligned countries in the Conference on Disarmament in Geneva) for legally binding and verifiable mechanisms. India’s interest and willingness in working with the Quad countries is possibly a reflection of Indian concerns regarding the deteriorating space security environment and the need for strengthening norms and regulations.

The May 2022 Quad Summit again emphasized the tech focus, stating the priority, as articulated before, as to ensure that “the region remains inclusive, open, and governed by universal rules and norms.” The leaders’ joint statement from the summit meeting noted that the Quad countries “will advance interoperability and security through the signature of a new Memorandum of Cooperation on 5G Supplier Diversification and Open RAN.” The statement also noted that additionally the four countries have been mapping the Quad’s capacity in the area of global semiconductor supply chains with the goal of leveraging the complementary strengths of the four countries that can help ensure “a diverse and competitive market for semiconductors.”

During the summit, the four countries issued a Common Statement of Principles on Critical Technology Supply Chains aimed at accelerating the pace of cooperation on semiconductors and other critical technologies. The four have also been working with international standardization institutions like the Telecommunication Standardization Bureau of the International Telecommunication Union and expect to advance cooperation technology standards through a newly established, as-yet-mysterious body, the International Standards Cooperation Network (ISCN).

Given the growing technology competition between China and the others in the region, this new focus is much needed. It can ensure that technology is developed and used in line with the principles of a free, open, and resilient Indo-Pacific. Writing new rules for critical and emerging technologies is a key imperative; expect the Quad countries to continue to stress this in the future.

This commentary originally appeared in The Diplomat. 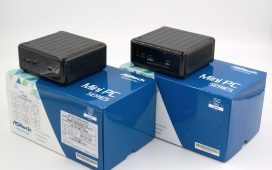