The fightback starts now! Here’s how the BBC can survive the Tory assault | Television

Debates on the future of the broadcaster that hits its 100th birthday this year always become Hamlet-like: BBC or not BBC? With centenary celebrations muted this week by the culture secretary, Nadine Dorries, freezing the licence fee for two years and threatening to axe it completely by the next BBC royal charter in 2028, the familiar standoff resumes between those who argue for no state-dominant broadcaster (Conservative politicians and media) and those who advocate no change (broadcasting unions, liberal columnists).

Realistically, though, the BBC’s future lies in a third way the Prince of Denmark didn’t have – being very different. Trying to “save the licence fee” or “leave the BBC alone” (though understandable slogans, given its long and vast contribution to national culture and education) is like aiming for immortality; regardless of strategy, time will beat you. Licence fee purchases have fallen by around a million in the last year. With Dorries effectively promising to end prosecution of non-payers, this trend will only accelerate, and digital consumption makes compliance harder to police.

So before a new structure is settled, the BBC must resolve: what is public broadcasting now? How much and by what method can the public reasonably be asked to pay? How does a four-nation British broadcaster survive in a splintering kingdom? (The percentage of licence fee evasion is higher in Scotland and Northern Ireland than England and Wales.) These questions are tough, and many answers are unpleasant.

The BBC and its supporters took comfort from the clear retreat between Dorries’s Sunday tweet that “this licence fee announcement will be the last” and her vaguer mutterings in the House of Commons on Monday about consulting on future alternatives, and the present funding being a “dinosaur.”

Some hope this softening reflected a rethink after substantial backlash to the threat, but the reason is probably bleaker. Understandably, few people have read section 57, sub-section 5 of the current BBC royal charter but, while it gives the culture secretary the power, from 2022, to fix the licence fee for the next five years (as Dorries has), and to launch a mid-term review (ditto), it also contains a warning. It states that the halfway investigation “must not consider: a) the Mission of the BBC; b) the Public Purposes of the BBC; or c) the licence fee funding model of the BBC for the period of this Charter.”

Did Dorries jump the gun? Could BBC lawyers protest that, in declaring there will be no licence fee after 2028, she pre-empted both the mid-term review and the charter renewal process beginning in 2026? This is the end of the good news.

Since Dorries’s announcements, the case for leaving the BBC alone has focused, as it tends to, on Sir David Attenborough, Line of Duty and BBC News. Yet each of those totems is wobbly.

Although the embodiment of the BBC, Attenborough, in recent years, has moonlighted at Sky and Netflix, drawn by 3D technology and global reach. And if 2027 does prove to be the last year of the licence fee, let’s hope some of it will be spent on another series by the then 101-year-old Sir David, though alternative justifications for the BBC’s existence may well be needed.

As for Line of Duty, Jed Mercurio’s police procedural smash is aired by the BBC but made by an independent company, World Productions. Of the top 10 shows most streamed on iPlayer in 2021, only Silent Witness and Doctor Who were actually made by the BBC, and the Time Lord franchise is about to become a co-production with an indie, Bad Wolf. Of the most-watched shows on UK terrestrial TV last year, only Strictly Come Dancing is an in-house BBC show, and others – Euro 2020 football, Johnson’s lockdown addresses – were shared with rival broadcasters. Emblematically, BBC One’s brilliant recent drama Four Lives was made by ITV Studios. And Mercurio has produced ITV’s next big drama, Trigger Point, which starts on Sunday.

So branding – the BBC’s historic strength – is blurred. With the network now producing progressively less of its output, its huge workforce of 22,219 is increasingly hard to justify. Not owning intellectual property rights also makes it trickier to swell commercial income through replay sales.

The problem with BBC News

Another key part of the BBC’s pitch for massive mandatory cash has always been that it offers unimpeachably trustworthy journalism – a quality much trumpeted amid a British prime minister and recent US president who have spectacularly ramped up political mendacity. Even this virtue, though, is not unequivocal.

The original theory of the licence fee was that governments would collect the money then hand it over to be spent by a BBC guaranteed editorial “independence”. In reality, governments of all stripes use the menace of the next settlement to punish perceived editorial insolence or encourage positive coverage.

The unusually frequent elections (three since 2015), divisive referendums on national shape and then the pandemic have perilously stress-tested BBC “impartiality”. Its newsrooms’ traditional approach – Chalk says this, but Cheese says that – was unlikely to feel 50-50 to either side of a 52-48 vote (at that point) to leave Europe. Is Boris Johnson honest? Donald Trump fascist? Joe Biden senile? Do lockdowns work? Such stories can’t be covered with 2 mins 45 secs each from left and right.

It is true that Tory MPs and media regularly attack the BBC for “bias”, but ITN, Sky and Channel 4 are routinely more critical of Conservative administrations: ITN published the “party invite” email that most destabilised Johnson, Sky’s Beth Rigby interviewed him on Tuesday in a (justifiably) scathing way that would trigger emergency management meetings if Laura Kuenssberg did it. Politicians get angriest with the BBC because it feels like being bitten by a dog they think they own.

Part of the solution might be to break that chain. Another weekend phone-blurt from Dorries’s allies declared “the days of state-run TV are over in Britain.” The language was revealingly misleading: the BBC is not supposed to be run by the state but owned by it, as is Channel 4 (which surely seems doomed to privatisation by that comment). As even Dorries probably isn’t suggesting that there will not be another royal charter – with the BBC an entirely private commercial entity – what might a post-2027 BBC look like?

One option is the introduction of a “standard BBC” package, either funded by a cheaper voluntary licence fee or from direct taxation, with top-up options – broadly on the Sky/Amazon subscription model – of movies, sport, comedy, whatever.

What would be available to each level of viewer, though, is hugely complex. Content that relatively few would pay for – local news, pre-school and school education (a boon to many parents during lockdown), religious worship, Radio 3 speech and music – would have to be balanced with high-rating treats – Call the Midwife, The Repair Shop, In the Night Garden – to encourage purchase. The question of whether EastEnders, Strictly Come Dancing or Countryfile should be cheaply available (to draw subscription traffic) or sold dearly (to maximise income) would take weeks of meetings.

Intriguingly, radio, generally seen by BBC director generals as the inferior medium, may prove to be TV’s saviour, at least in the medium term. Screen use – increasingly likely to be done on mobile devices and through catchup rather than live – adapts easily to a Sky/Netflix model. But listening still flourishes on home or car radios and with allegiance to linear channels, and so is much harder to place behind a paywall – an argument for the licence fee (or a radio-specific one) to continue for some time.

Whether any new funding model will support Gary Lineker’s £1.36m for introducing football, or the Radio 4 Today programme dispensing £1.3m between its presenters (some also do some other shows) is questionable. Could subscription cover the 113 BBC managers who earned more than £150,000 last year, or support a BBC website that employs more writers than many of the newspapers this multimillion-pound freesheet undermines? Such are the tough discussions to be had en route to the new BBC.

It may help that cuts can hold hidden complexities. Reformers often fall into the trap of wanting to keep the BBC Proms while not having so many musicians (five orchestras, a band, a choir) on payroll, but there is symbiosis, and even cost effectiveness, in keeping both. And which politicians would want the legacy of vandalising that cultural heritage?

The BBC situation feels existential, but it need not be fatal. The Corporation can emerge strongly creative and freer from government interference. But, given the seismic changes in broadcasting, Status Quo must be a band that shows up on Top of the Pops 2, not a bargaining tool. 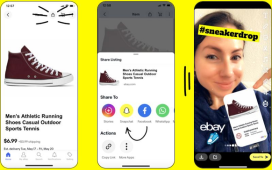 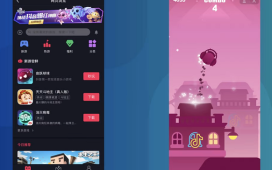 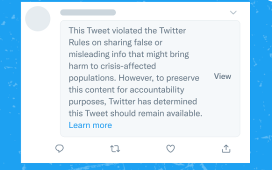