Indie games come straight from the developer’s heart — that’s why we love them. They’re original and aren’t afraid to take risks. Whether worked on by a team of professionals or put together by a solo developer, indie games open players’ eyes to an entirely new world of gaming. While the Xbox Series X news cycle has been focused on its stellar lineup of well-known titles (and exclusives in the works), there are plenty of fantastic indie games available on the powerhouse console as well.

Here are 10 indie games for the Xbox Series X that have us excited — some are out right now, and others are set to be released later this year.

Phogs! from Bit Loom Games is downright adorable. Take a break from high-stakes and hyper-realism, grab a friend, and em-BARK on a fun-filled adventure. You and a partner will control Red and Blue, a two-headed dog with an elastic belly, as you solve puzzles and work together to beat different stages. Phogs! will take you through the three core aspects of dog life: Food, sleep, and play. The game can be played in single-player, but all the excitement comes from co-op gameplay.

Dogfighting games can be a niche market, as most pilots make good gamers, but not all gamers make good pilots. However, if you’re a fan of the genre, The Falconeer is the title for you. The Falconeer will have you mounting powerful Warbirds and soaring over open land and sea in search of treasure, combat, and secrets. Explore the vast open-world of Ursee as you discover more about the ongoing conflict you’ve found yourself at the core of. You’ll level up as you would in any reputable action RPG as you upgrade your Warbird to fit your playstyle. The game’s visual aesthetic is similar to Legend of Zelda games of old. Flight mechanics are fluid and sensible with a third-person camera and useful free-look mechanics.

Unto the End is a challenging side-scrolling action RPG featuring unique artificial intelligence (A.I.) enemies that will learn and adapt to your playstyle. You’ll have to read and react as you play through the game. Hacking and slashing won’t win this one. You’ll have zero HUD and have to rely on visuals to understand when you’re in trouble. Describing the A.I. enemies, developer 2 Ton Studios wrote, “Every creature you meet is as smart and capable as the player’s character — there for a reason, never just some ‘evil enemy.’” Players looking for a Dark Souls-like challenge will fall in love with Unto the End.

Haven is the story of two lovers, Yu and Kay, as they travel to a distant planet to live out the rest of their days together. You’ll control both characters as they interact with each other, build their relationship, and establish their new home. Explore the vast world around them to find crafting materials and additions to your ship. Engage in rhythmic combat as you defend your home and relationship from forces that seek to tear it apart. You’ll gather resources, similar to No Mans Sky, and explore a vast planet with the visual aesthetic of old-school turn-based JRPGs.

Developer Mike Blackney refers to Dead Static Drive as “Grand Theft Cthulhu.” You will travel around a wide open-world as you hot-wire cars and collect resources to survive the Lovecraftian horrors that lurk around every corner. Dead Static Drive features an in-depth resource collection mechanic that allows players to build inventories within inventories. Of course, this game is focused on cars and travel. With driving mechanics being the very soul of the game, you will be able to cruise around this post-apocalyptic world as you meet NPCs to aid you on your road trip from hell. Dead Static Drive is looking at a 2021 release with no specific month mentioned yet.

READ  Assassin's Creed Odyssey: A Leveling Guide to Power Through the Grind

Narrative games have taken on a life of their own in recent years. Games like Until Dawn and Life is Strange allowed players to be the director of their own interactive movies. Last Stop will do just that as you control three different characters — John, Meena, and Donna — in present-day London. Their worlds and lives will weave in and out as they seek to discover why fate has brought them together. They’ll combat supernatural elements intertwined with murder, mystery, and deception. Last Stop is set to release in 2021.

If you’ve been playing Assassin’s Creed: Valhalla and need more Vikings in your life, Song of Iron will be a solid indie followup title for you. Combat both man and beast as you journey to Valhalla in this dark and moody side-scroller (imagine playing through the Dark Souls series). You’ll be equipped with a bow, sword, and shield, along with nimble evasion mechanics and devastating drop-kicks. Explore a beautifully-crafted world in search of lost treasures. Song of Iron is set to release in the spring of 2021 for Xbox and PC.

Everyone needs a break once in a while. Escaping from everyday stress through a peaceful video game is a great way to calm one’s nerves and find appreciation in the little things. Lake promises to do just that. You will control Meredith Weiss just after leaving her big-city life to deliver mail in her quaint hometown. It’s 1986; technology is archaic by today’s standards, and people still talk to one another in Providence Oaks, Oregon. Hop in her mail truck and take in the beautiful sights and sounds of this lakeside town.

Lake has you control Meredith for the three weeks she plans on spending back home. She’ll be reminded of the simple things in life as she interacts with people around town. She’ll engage in quirky conversation at every turn and learn a little bit more about the community she remembers. Lake is the perfect de-stress game when hours of Warzone has you pulling your hair out. Lake will be available in early 2021.

12 Minutes is an indie game with a star-studded cast. Voiced by Willem Dafoe, James McAvoy, and Daisey Ridley, 12 Minutes forces you to relive the same traumatic experience as a romantic evening with your wife turns deadly. Stuck in a time loop, you will have to use the knowledge you’ve accumulated to alter the course of events and escape this hellish predicament. 12 Minutes comes with a fantastic Easter egg right off the bat as attentive players will notice The Shining‘s famous carpet pattern outside the apartment door. The game is full of secrets for players to find. They’ll have to use their own acute detective skills to break the loop and save their lives. 12 Minutes is set for an early 2021 release on Xbox and PC.

The Artful Escape is a visually stunning side-scroller that incorporates everything we love about art and music. You’ll control Francis Vendetti, a teenage guitar prodigy, as he embarks on a psychedelic adventure to discover himself. Travel through multidimensional plains as you use the power of rock and roll to overcome obstacles, appear before crowded stadiums, and take questions on alien talk shows. The Artful Escape is backed by a masterful soundtrack full of ripping guitar solos. Francis will use the power of his guitar to heighten his senses and reveal the unseen. With groovy visuals and stimulating environments, this musical masterpiece is sure to keep rock & rollers entertained for hours. The Artful Escape is set to melt faces in 2021 and will release on Xbox and PC. 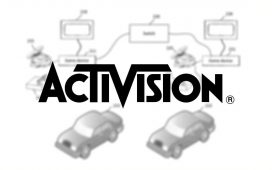 Activision Patent May Blur The Lines Between Reality And Video Games

Most major video games will now cost $70. No thanks – SF Chronicle Datebook 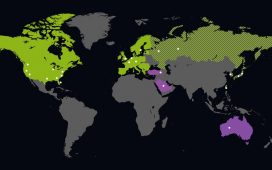 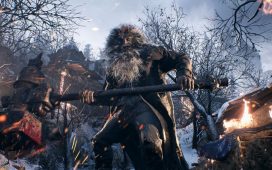