The 15 scariest horror movies ranked, from The Shining to The Witches


There is a difference between a great horror movie and a great scary movie. Many, among them The Blair Witch Project and The Wicker Man, intersect. Others, like Get Out or Scream, are more suspenseful than particularly terrifying.

Just in time for Halloween, we’ve ranked the former – movies that are masterful on their own, but specifically because they seem to grip you, leave you shaken, and refuse to let go of your subconscious long after the credits have rolled.

The first of two Nicolas Roeg films on this list, Don’t Look Now is not only a haunting meditation on grief, immaculately performed by two of cinema’s greatest actors (Donald Sutherland and Julie Christie), but it’s also a film with a terrifying little person dressed in a tiny red coat and giggling their way around Venice. Roeg takes a potentially ruinous combination (a domestic marital drama and spooky, Lovecraftian horror) and renders it logical, powerful and deeply weird.

Maligned on its release by audiences, Mother! was never going to be a breakout pop-culture smash – not when it’s so deliberately unappealing. Mother! is also the closest cinema has ever got to an actual anxiety attack, with Jennifer Lawrence the shiny waif married to a cruel genius, their home slowly eroded and invaded by all kinds of unwelcome visitors. Director Darren Aronofsky ratchets up the almost unbearable tension, before a sadistic finale that may pull in a tad too many things, but is admirably harrowing all the same.

A baroque masterpiece built upon America’s sins, Candyman is about a lovestruck black man (Tony Todd) tortured and killed by racists, who then returns decades later as an urban legend with a hook for a hand and bees in his mouth. Beyond its spooky premise (say Candyman’s name five times in the mirror, I dare you!), this Clive Barker horror is relentlessly atmospheric, full of creepy murals, wailing children and unburied trauma.

Words do no justice to the gooey, skin-crawling grotesquery of Society’s final act, where the film’s themes of repressed depravity and fascist Los Angeles elitism… um, congeal. Before that, Brian Yuzna’s morbid satire of the one per cent plays out like Invasion of the Body Snatchers on Ritalin, with decadent McMansions fostering incest, sex cults and ritual sacrifice.

The double whammy of his Rebecca remake and the news that he’ll soon direct The Meg 2 has probably dimmed Ben Wheatley in the eyes of many. Cast your mind back to Kill List, his second film, and you’ll be reminded of his very British genius. This is disturbing from the off, with a pair of contract killers stalking through corners of English suburbia and taking out perverts and criminals. Then Kill List pivots sideways, morphing into a claustrophobic, knotty cornucopia of tones and horrors.

It is easy to forget that Audition only becomes properly unhinged in its last third, with much of it taken up by the story of a Japanese business mogul seeking a new wife. Yet, even before said new wife unleashes all kinds of limb-tearing chaos, it still burns with menace, director Takashi Miike a master at suggesting that unimaginable ghoulishness is right around the corner.

It is wrongly suggested that The Blair Witch Project was only scary when people thought those missing student filmmakers exploring witchy myths in the Maryland woods were real. Yes, it had a stronger effect in 1999, before found-footage horror movies dominated the marketplace and we all got wise to their regular bag of tricks. Still, this remains richly unsettling. Even before it all goes properly spooky, this nails the exasperating and hopeless tension of going around in circles and slowly realising you’ve made a terrible, terrible mistake.

The scariest slasher movie ever made works so well because it feels so unscripted, as if a group of helpless teenagers really had been dumped in the middle of nowhere and forced to contend with a family of cannibals. Thanks to the constant whirring of that titular power tool, and the abject ick-factor of Leatherface, Texas Chainsaw remains a landmark in horror.

Loosely adapted from The Turn of the Screw, this 1961 British horror is what happens when stiff-upper-lip sexual denial gets stretched to its furthest extremes. The tale of a haunted governess (Deborah Kerr) watching over two creepy children at a country estate, it pulsates with a strange darkness, by turns perverse and repressed.

A trance in cinema form, Andrzej Zulawski’s Possession tracks the horrible dissolution of a marriage (between Isabelle Adjani and Sam Neill) and becomes a whirlwind of paranoia, madness and carnal devastation. Berlin, where the film is set, has never been so depressing. Adjani is stunning, and Zulawski dares to go to places many are too fearful to tread. Possession is basically Kramer vs Kramer if everyone in it was insane rather than merely rich and self-involved.

So dark and foreboding that it’s still hard to believe that this somehow swept the Oscars, The Silence of the Lambs is every bit as scary as you remember. By now everyone knows that Anthony Hopkins’ lip-licking slitheriness as Hannibal Lecter is exceptional; ditto Jodie Foster’s work as nervy FBI agent Clarice Starling. Special mention, though, needs to go to Ted Levine, whose serial killer Buffalo Bill is one of the wildest and creepiest murderers to ever grace the screen.

The Shining is a grand dreamscape of a movie, director Stanley Kubrick creating a stifling sense of dread that leaves the viewer feeling as if they are wading through quicksand. Jack Nicholson and Shelley Duvall are an immaculate double act – Nicholson unfiltered and manic, Duvall strained and bereft. The haunted hotel they’re residing in is by turns ornately beautiful and chilling, every door and hallway leading to further horror.

Incredibly graphic for a film made in 1960 (there is no Psycho-esque editing trickery here), Eyes Without a Face is one of the horror genre’s most influential films – a carnival of gore, porcelain masks and latent tragedy. Edith Scob plays a tragic young woman left disfigured in a car accident, her father a mad scientist determined to substitute her face with one belonging to another young girl. This is hypnotic and disturbing, yet impossible to turn away from.

This 1990 film is what happens when a major movie studio asks that doyen of the deranged, Nicolas Roeg, to direct a Roald Dahl adaptation. Result: a generation of traumatised children. There’s a macabre aura to The Witches even before Anjelica Huston and her magical sisters start unpeeling their own flesh, the film swimming in twisted imagery, eerie whimsy and a true sense of danger that children’s films just aren’t traditionally meant to have. Emerging from this film unscathed is just about inconceivable.

This Dutch thriller recognises the queasy horror of a missing person poster, that unsuspecting face peering back at you, their story left unfinished. It concerns Rex, a man still obsessively searching for his lost girlfriend, who vanished at an everyday petrol station years previously. What unfolds is the stuff of nightmares. As Rex ventures further into the unknown, the script exposes evil in its purest and most banal form, with the ending providing an answer to the following question: what really is a fate worse than death? The Vanishing climaxes with a thud, embodying the kind of terror that makes you want to sit down in the dark for a while, or watch an episode of Friends just to get the bad thoughts out of your head. 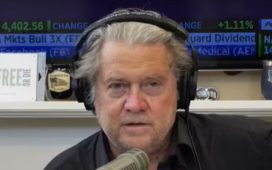 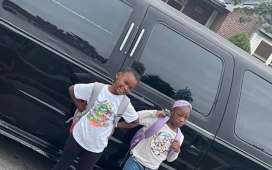 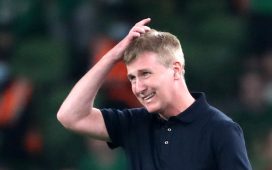 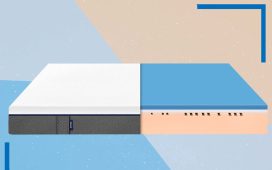 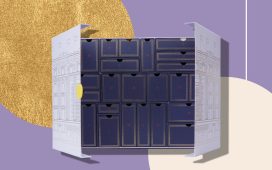