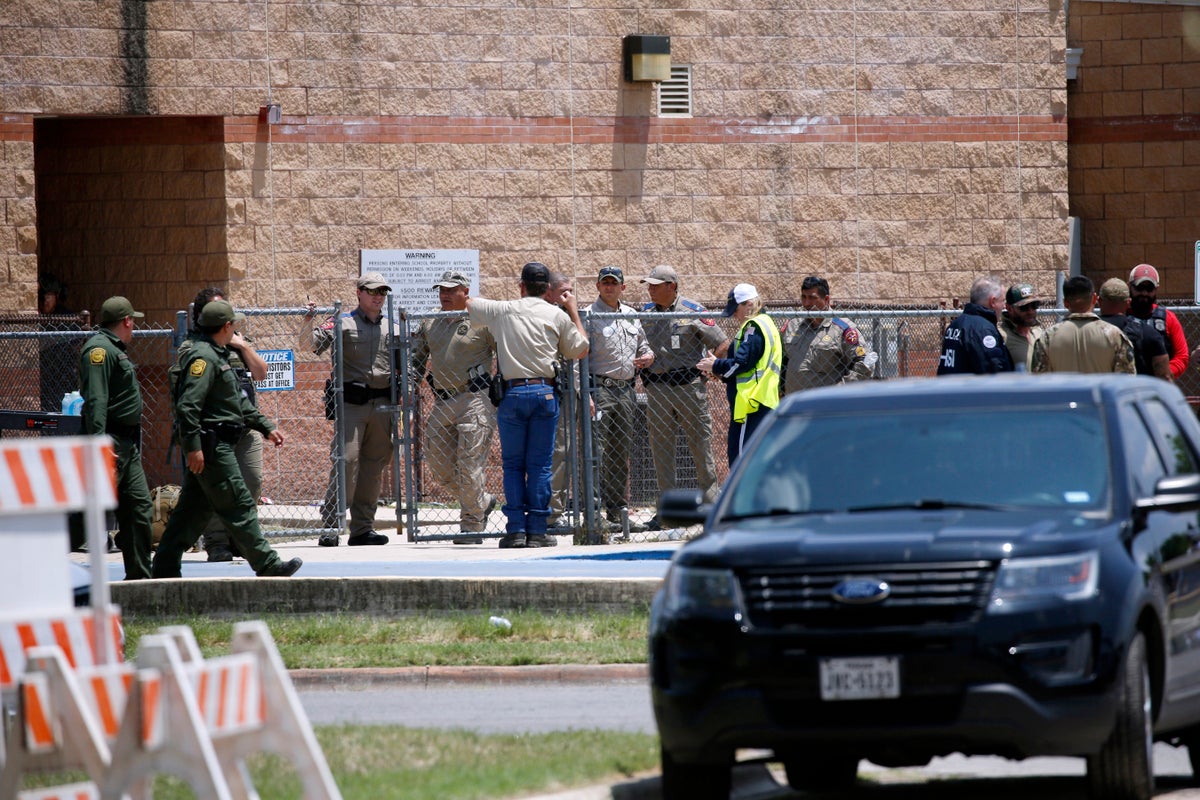 Officials have admitted to critical delays in the law enforcement response to the massacre of 19 children and two teachers at an elementary school in Texas, where students inside Robb Elementary School made several calls to 911 on Tuesday within the hour officers arrived and when the 18-year-old gunman was fatally shot by an officer.

Steven McCraw, director of the Texas Department of Public Safety, admitted that officers did not breach a classroom door and kill Salvador Ramos for more than an hour after initially arriving on Tuesday, falsely believing the gunman was “barricaded” and no longer an active shooter threat, despite pleas from schoolchildren inside their classrooms.

Texas Governor Greg Abbott says he is “livid” about what he’s learned of the police response to the Uvalde mass shooting—and so are families in the tight-knit South Texas community.

“Law enforcement is going to earn the trust of the public by making sure they thoroughly and exhaustively investigate exactly what happened,” Mr Abbott said on Friday.

Officers made bizarre decisions, missed key factors, or failed to follow protocol at seemingly every moment along the way, from long before the shooting to its crucial early moments.

Josh Marcus has the details.

Former President Donald Trump mocked other Republicans for pulling out of the National Rifle Association’s annual meeting in Houston after the shooting in Uvalde killed 21 people earlier this week.

“And unlike some, I didn’t disappoint you by not showing up,” Mr Trump told the crowd to applause.

Eric Garcia has the story.

Donald Trump made a not-so-subtle link between Tuesday’s mass school shooting in Uvalde and the fate of Republicans around the country.

He told the audience at a National Rifle Association event in Houston that the Second Amendment was “under siege” by people who “wish to turn citisens into subjects and take more power for themselves,” a seeming reference to gun control proposals.

As a result, the former president said, Republican voters are going to “vote for tough on crime, pro-Second Amendment candidates in record numbers” in 202, then take back the White House in 2024.

Just three days after 21 people were killed in a mass school shooting in Texas, Donald Trump is bragging at an NRA event in Houston about how he was the “best friend” of gun owners while he was in the White House.

Mr Trump highlighted how he deemed gun stores critical infrastructure during the pandemic.

He also spoke about an upcoming Supreme Court decision on self-defence rights, touting how he appointed three conservative Justices to the high court.

“Your rights to self-defence do not end when you step out your front,” he said.

Trump joins Republican officials in blaming the state of mental health, not proliferation of high-powered guns, for gun violence

Trump joined Ted Cruz and other Republican officials and gun rights proponents in blaming “evil” and the nation’s mental health – as well as what he characterised as an American culture in decline, a lack of discipline and the erosion of so-called family values – for the epidemic of mass gun violence.

He also claimed that the “only way to stop a bad guy with a gun is a good guy with a gun” – despite more than a dozen police officers on the scene at Robb Elementary that failed to stop the gunman while children called 911 at least nine times over an hour before he was killed.

While speaking at the largest gun rights lobby convention in the US days after a mass killing of schoolchildren in Texas, Donald Trump claims Democrats are rushing to “exploit the tears of crying families” for political reasons.

Without any sense of irony with his own remarks and the American right’s attempts to allow the proliferation of guns at the expense of mass death, the former president condemned what he called a “grotesque effort by some in our society to advance their own extreme political agenda” in the wake of such attacks.

NRA benefit concert in Houston cancelled after performers quit, according to artist

A National Rifle Association rally concert scheduled for Saturday has been cancelled after several performers dropped out in the wake of the Uvalde massacre, according to reports.

In remarks to the NRA’s legislative conference in Houston, the former president condemned the “savage and barbaric atrocity” in Uvalde before asking for a moment of silence and reading the names of the 19 children and two teachers killed in the attack.

The sound of a bell ringing followed each name.

He said the gunman will burn eternally “in the fires of hell.”

Texas Senator Ted Cruz suggested in his remarks at an NRA conference in Houston that banning high-powered military-style rifles like AR-15s – which have been used in several mass shootings – would instead result in more children dying.

Andrew Feinberg has this report: