Teamgroup has quietly established itself as a capable alternative to the bigger brands out there and the PD1000 is certainly the best example of what it can achieve. This external solid state drive is not only IP68-rated and shockproof, it is also one of the fastest USB 3.2 Gen 2 storage devices we’ve tested on sustained read speeds. If that wasn’t enough, its aluminum enclosure is scratch resistant and acts like a giant heat sink as well which keeps operating temperatures under control and may be one of the factors that explains why the PD1000 has a three-year warranty.

Best of all though, it is one of the most affordable external SSDs on the market regardless of performance. The 1TB model we tested retails for just under $130 at Amazon while the 2TB is even cheaper (per unit storage) at $234 (or $117 per TB). A 512GB version is also available but we’d give it a wide berth. Note that you can add a 3-year data recovery plan on Amazon for a mere $14.99, which is an absolute no-brainer. In a nutshell, if your drive stops working, the Rescue data recovery plan “will attempt to recover the data from the failed drive and recovered data will be returned on a media storage device or via secure cloud storage.”

The PD1000 shares the same design with the PD400, a storage device that we reviewed in June 2020 and got a solid recommendation from us. It has a brushed metallic finish (that is reminiscent of the popular Samsung T5 portable SSD) with a minimalist, anodized matte finish and a navy blue/champagne gold colour scheme.

It has a more rectangular shape compared to its predecessor and at 71g, is significantly lighter as well. Its dimensions – 107 x 40 x 11mm – are small enough for it to be easily carried around. Note that its chassis is made of aluminum, one that will act as a big heatsink to dissipate heat generated by the drive.

Uniquely amongst the drives that we’ve reviewed recently, this one provides some extra details on its back. A QR code, email and website addresses, key features and finally, capacity. There’s no status lights and only one USB 3.2 Gen 2 Type-C connector.

The drive comes with two cables, one with a Type-C connector and the other one with a type-A for legacy compatibility. Both are braided to improve strength and are approximately 300mm in length.

The PD1000 is IP68-rated, meaning that it is waterproof, dustproof and shockproof thanks to its US MIL-STD-810G 516.6 Procedure IV certification. Just make sure the connector is totally dry before you plug anything in or you might damage the electronics.

Teamgroup disclosed that the PD1000 is powered by a JMS583 bridge controller. It is likely that it uses a similar set of components to the MP33, an entry level Teamgroup PCIe M.2 2280 SSD. We don’t know the exact type of NAND chip used inside the waterproof SSD but we’d expect TLC and a controller with DRAM.

Our tests were carried out on the magnificent Bleujour Kubb Gen 11 Intel Mini PC which we reviewed in May 2021. The formatted drive had a 0.93TB capacity and performed superbly especially on sustained writes where it smashed Teamgroup’s own 1GBps estimate. Sustain writes were between 750 and 850MBps. We transferred a single 10.1GB file in about 22 seconds which is roughly equivalent to 450MBps. Note that we had an anomaly on AJA where the drive wouldn’t go past 53MBps on writes. We couldn’t replicate these numbers on any of our other benchmarks.

Here’s how the Teamgroup PD1000 performed in our suite of benchmark tests:

We didn’t notice any overheating during our tests and the drive itself was moderately warm. The fact that the enclosure acts as a heatsink bodes well for the lifespan of the device.

Note that there’s no software bundle with the PD1000: that’s a half-expected disappointment given the fact that Teamgroup doesn’t have the same bargaining power as Western Digital or Seagate. Still, we’d be chuffed if iDrive or pCloud could strike a deal to provide cloud storage or cloud backup to Teamgroup. Something worth considering maybe.

Should I buy the Teamgroup PD1000?

The PD1000 matches the expectations set by Teamgroup. It reaches 1GBps easily and is plenty enough for most users provided you’ve got a compatible Type-C USB 3.2 Gen 2 port.

The 2TB version of the PD1000 is worth a glance if you want a device that is fast, capacious and relatively affordable.

Teamgroup claims that the PD1000 can withstand the weight of a single adult hippo, that’s about 1600Kg. We couldn’t test these claims though but the drive does look the part.

You want the fastest portable SSD around.

Depending on your computer, a USB 4, a USB 3.2 Gen 2×2 or a Thunderbolt 3/4 storage device will deliver better overall performance.

A small external SSD is what you’re craving for

The PD1000 is significantly bigger than some of the recent portable SSDs (e.g the Samsung T7) that we’ve tested. It is not a deal breaker per se but worth noting if every cubic centimeter matters for you. 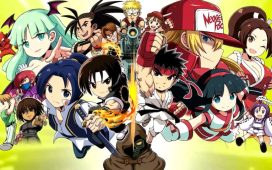 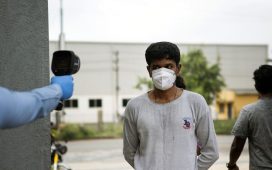 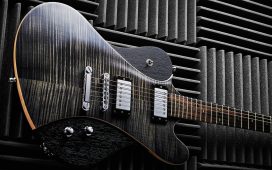 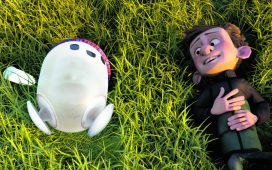 Southend to be given city status in tribute to Sir David Amess, Boris Johnson announces

How to Create a Custom Border in Microsoft Excel

America’s Got Talent: Extreme suspends production after stuntman is injured in accident

Cold Laser Therapy Sales to Reach US$ 165.4 Mn in 2031 as Need for Aesthetic Procedures Amplifies the Demand in Dermatology Industry: FMI