Tamil Nadu has a starting problem with startups | Chennai News


Chennai: Notwithstanding a strong technology talent pool, a legacy of IT services, and its software product expertise, Tamil Nadu remains a laggard in the startup space as the latest ranking of states by the Centre, based on startup ecosystems, puts TN at the bottom of the pile for the second consecutive year. It has been one step forward on ease of doing business but the state has been stuck in first gear when it came to fostering startupreneurs.
Released last week, the report categorises TN as an ‘emerging state’ stagnant at the same level for two years for entrepreneurship. Gujarat, Maharashtra, Karnataka, Kerala, Telangana and Bihar are among the 15 states ahead of TN.
Industry executives, entrepreneurs, startup mentors and investors said though TN deserves to be among the top five, the ranking is a warning sign for policy makers to formalise its support for startups and have a clear distinction between the definition of a startup and an MSME.
The question is: What ails the ecosystem? Depending on the industry they operate, startups in the state get added to that association as a tail piece. There is a need for a focused specialised body that acts as a nodal agency for entrepreneurs. Bringing these under the state’s Guidance Bureau can help, believes Vish Sahasranamam, co-founder of Coimbatore-based Forge Accelerator. The state’s startup policy, though unveiled in January 2019, is yet to become fully operational. An official at the state’s nodal agency for entrepreneurship Entrepreneurship Development Institute of India (EDII) said they are working on implementing the provisions of the TN Startup Policy, and their efforts will reflect in next year’s ranking. “However, the ranking measures tangible inputs from the government’s side but does not look at other intangible inputs the state offers,” the official said.
Some of the policy recommendations which remain on paper is the creation of Fund of Funds worth `250 crore, setting up of a Tamil Nadu Startup Seed Grant Fund of `50 crore, and establishment of a governing body — Tamil Nadu Startup and Innovation Mission (TANSIM). “A formal state startup policy came into existence too late, and the establishment of TANSIM, a specialised entrepreneurship body that can focus on entrepreneurs is still pending,” said Sivarajah Ramanathan, founder of angel network Nativelead Foundation.
Young entrepreneurs also require opportunities to network in a relaxed environment, an area where Bengaluru, NCR and Mumbai region succeeds. “Meeting others over a beer is taboo. There are hardly (networking) options, and the ones available are either too expensive or restrictive,” an IIT-M alumnus said. Besides, the state’s focus is disproportionately high on large and small industry growth, and progress of startups is “despite the government and not because of it,” he said.
As per Startup India, states are ranked based on responses from them on how they performed across various action points and feedback from startups. An analysis of responses shows TN officials sent in responses for just 18 action points — far below its peers Karnataka (30), Maharashtra (30), Telangana (30), and Kerala (30). Bihar and Odisha governments, for instance, responded across 27 and 28 action points, the data shows.
Some government officials, however, questioned the survey. “If a ranking puts Bihar, Uttarakhand and Chhattisgarh higher than TN in terms of support for entrepreneurship, then one has to reassess the methodology and agenda of such an exercise,” the official said.
Suresh Sambandam, founder of SaaS firm OrangeScape, said TN needs to use this study and improve its efforts to promote entrepreneurship as it is a way to create jobs for graduates. “However, the ranking system must not just evaluate state responses on the seven pillars, but also take into account the existing support system,” he said. “The startup ecosystem in the state is not as bad as it is made it out to be in the report. Thanks to IIT Madras, Chennai is way ahead of Bengaluru in deep tech, and we also outrank other states as the SaaS capital,” Sahasranamam said.
Post Covid TN is expected to have an edge. Arun Natarajan, VP, TiE Chennai, said despite the poor rank, the state’s superstar entrepreneurs like Sridhar Vembu, Girish Mathrubootham and others have carved a niche nationally. “Post Covid, the deep tech startups are going to stand tall compared to B2C ventures, and TN has an edge in the former category,” he said. 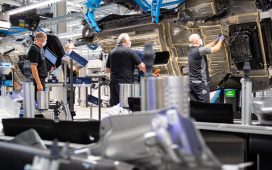 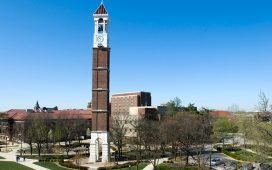 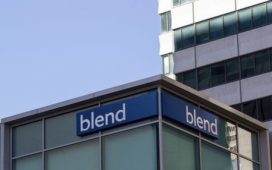 England and Wales get smartphone contact tracing for over-16s

Power outage darkens much of Venezuela, puts down phones