T5 Oil & Gas, an exploration company founded by a group of Tullow Oil veterans, says it is in talks to take part in a “substantial gas” opportunity in eastern Europe. The move comes as it warned in its latest annual report about business risks as it remains in technical default on key debt liability.

The UK-based company, led by Irishman Pat Plunkett, abandoned a plan to raise $45 million (€37.4 million) in an initial public offering (IPO) in 2018 amid oil market volatility at the time. The IPO was aimed at funding the transformative purchase of a 45 per cent stake in the so-called Owali oil permit in Gabon. However, T5 has been able to complete only a 1.7 per cent interest.

In its latest financial report, for 2019, signed off by Mr Plunkett within the past two weeks, T5 Oil & Gas said it remained in talks to provide “funding solutions for the development of this very attractive asset”.

“While T5 has a strong pipeline of oil projects in Africa, the board concluded in late 2019 that T5 should increase its interest in gas projects in developed markets, given the increased role of gas as a transition fuel,” it said.

In early 2020, the company identified “a substantial asset acquisition opportunity in eastern Europe and has been in detailed discussions with potential investors and partners to fund a transaction, it said.

T5 sold $4.45 million of loan notes at the end of 2017 that are convertible into equity in the event of an IPO or the sale of the company. As neither had happened by June 2018, interest has been chargeable since then at an annual rate of 7 per cent.

The company is in technical default on these notes as it has not made quarterly interest payments since August 2018. However, holders of the notes remain supportive and have not enforced default provisions as the company “pursues its main strategic objective, which is to raise sufficient funds to finance the acquisition of a significant development and production asset”, paving the way for an IPO or trade sale.

The company’s accounts were prepared on a going concern basis, but the company warned that a “material uncertainty exists” that may cast significant doubt on its ability to continue to operate, as there are no guarantees that any of the acquisitions or funding transactions can be completed. 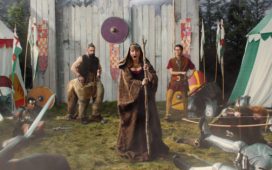 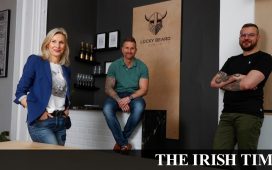