A 23-year-old suspected car thief was arrested Sunday in San Marcos after a short vehicle pursuit and foot search when he abandoned the car.

Deputies from the San Marcos station searched the area and found the unoccupied stolen car in the parking lot of a Target store at 3150 Business Park Drive in Vista, Morreale said.

They surveilled the vehicle and watched the suspect go back to the car. They moved into make an arrest but the suspect, later identified as Dylan Kidd, got away in the car, he said.

An estimated five-minute chase followed, Kidd drove south on White Sands Drive, abandoned the car and ran into a nearby canyon area, Morreale said. Kidd did not put the car into park when he stopped and fled, and it rolled into a garage, causing minor damage.

Deputies searched the area until Kidd finally surrendered and was taken into custody, he said.

Kidd was booked in the Vista Detention Center on a variety of charges that included felony evading, vehicle theft, possession of a stolen vehicle, shoplifting burglary and hit-and-run, he said.

Australia’s cheapest EV: can it survive a week of on-street parking and one very sandy dog? | Electric, hybrid and low-emission cars 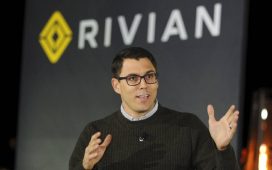