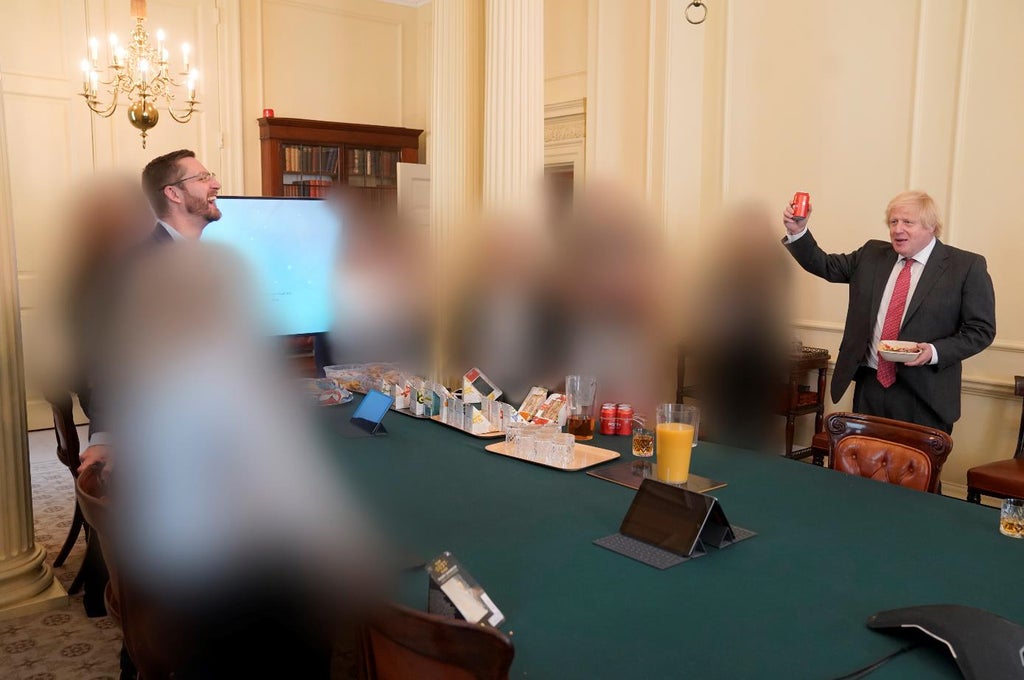 Boris Johnson ducked questions about his actions during the so-called ‘Abba party’ in Downing Street as he erroneously claimed it had been probed by Sue Gray.

The prime minister said the event had been “extensively investigated to the best of my knowledge” and he could not improve on the Gray report.

But the damning dossier on the extent of the partygate scandal at the heart of government makes clear it did not look into the event.

The party became notorious after it was reported that songs including The Winner Takes It All could be heard through the building.

Ms Gray said she had just started the “process of obtaining evidence” about the event when the Metropolitan Police began its own probe.

Following the police announcement earlier this month that it would issue no more fines for rule braking over the scandal, she said she considered whether or not to conduct any further investigation into the event “but concluded it was not appropriate or proportionate to do so.”

Describing the party, the report found: “Following the announcement of the departure of Dominic Cummings and Lee Cain, a meeting was held in the No 10 flat from some time after 18.00 to discuss the handling of their departure.

“Five special advisers attended. The prime minister joined them at about 8pm. Food and alcohol were available. The discussion carried on later into the evening with attendees leaving at various points.”

Asked about reports he was conducting a “job interview” at the party, Mr Johnson said: “That evening was extensively investigated to the best of my knowledge and I don’t believe I can improve on what Sue Gray has had to say.”

The event took place on November 13 2020, a week after a second national lockdown for England began on November 5.