“We think that can be reason by itself to buy stock in the short term,” Mahaney said of the show, which has earned more than 30 Emmy nominations since its debut in 2016.

Mahaney said the other reason is the sheer number of the company’s subscribers. Netflix is on track for having 200 million subscribers, and Mahaney said he expects it to reach 300 million in three to four years.

The streaming giant “can economically outspend anyone else,” he said. This year the company is reportedly spending nearly $7 billion in cash to expand original content, while Disney is expected to spend around $1 billion on original content.

As NBC, Disney and Apple announce they’re joining the streaming market, Mahaney said most consumers will use only two or three entertainment bundles and Netflix is likely to be one of those.

That doesn’t mean there won’t be competition. CNBC previously reported that Apple’s service is expected to give iPhone and iPad users access to free original content as well as subscription channels.

Shares of Apple rose on anticipation of the announcement, and Needham raised its price target on the stock to $225 from $180. Needham analysts wrote that if users adopt Apple’s streaming service, it “should lower churn and drive higher lifetime value.”

But Mahaney said Netflix has the subscribers and the funding down right. While Apple has a large cash balance on hand, Mahaney said it’s unclear whether Apple “wants to directly take on Netflix.”

“This offering doesn’t seem as directly taking on Netflix as, say, the Disney offering does,” he said. “Apple has the cash if they want to get into it. The question is whether they could actually get the economics like Netflix can in order to justify it.”

‘One rule for them’: newspapers savage Boris Johnson over party scandal | Politics 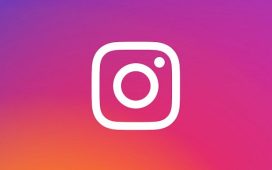 Instagram’s Coming Chronological Feed May Not Work How You Expect