Stocks Rally and Tech Soars as Biden’s Win Is Certified


Stocks rallied Thursday as investors believe Democratic control of both houses of Congress will lead to further fiscal stimulus and infrastructure spending to revive a U.S. economy battered by the coronavirus pandemic.

Joe Biden was recognized by Congress as the next U.S. president. The certification of Biden’s victory in the November presidential election was delayed for several hours until early Thursday after pro-Donald Trump supporters entered the Capitol building, the building was put lockdown and the electoral college vote count was paused as lawmakers fled for their safety.

Trump, who was blamed by many for inflammatory messages that incited some of the worst political violence in American history, issued a statement that promised an “orderly transition” on Jan. 20. He continued, however, to repeat false allegations of a disputed November election.

Each of the benchmark indexes set record intraday highs as tech stocks and retail shares were the leading gainers.

Tesla  (TSLA) – Get Report extended gains for a 10th consecutive session after analysts at RBC Capital admitted they “got it completely wrong” on prior calls for the electric vehicle company’s stock.

Equities traded higher even as the number of Americans filing for first-time unemployment benefits remained elevated. Jobless claims in the week ended Jan. 2, fell 3,000 to 787,000.

Stocks closed higher Wednesday and the Dow finished at a record high even as the U.S. Capitol was locked down after supporters of Trump stormed past barricades and breached the building.

“Some were surprised by the stark contrast between calm markets and chaos in DC, but that’s because investors likely understood that the amateur siege on the Capitol was never going to amount to a successful coup,” said Max Gokhman, head of asset allocation at Pacific Life Fund Advisors.

“Subsequently, seeing strong repudiation of the protesters by Republican leadership including the vice president led to markets feeling more ebullient because it implies that, paradoxically, (Wednesday’s) events may serve to bring the two parties closer together and help push forward the moderate and stimulative policies of President-elect Biden, like an infrastructure bill,” Gokhman added.

Senate Democratic leader Chuck Schumer urged Thursday that President Trump be removed from office following his encouragement of the crowd that invaded the Capitol.

Twitter  (TWTR) – Get Report shares traded lower Thursday after the platform locked the account of President Trump and threatened to permanently ban him following a series of tweets that some have alleged incited the violent storming of the Capitol building by his supporters. Trump will regain his Twitter privileges Thursday but Facebook  (FB) – Get Report said he would be restricted from posting for at least the remainder of his term. 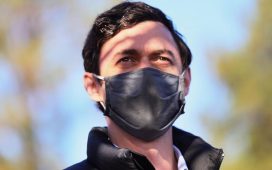 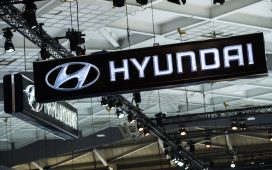 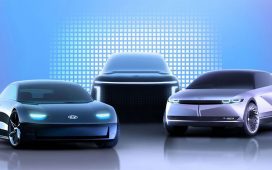